The South Indian movie industry is a renowned and sought after entertainment industry of India. Every year, the industry has been able to churn out superhit movies for the common mass. In fact, few movies prove out to be so good that even Bollywood filmmakers do not refrain from making a remake of it.

However, things are not always the same as it is not only the Bollywood industry which borrows remake. Many a times, even the South movie industry remade iconic films from Bollywood. Below is a list full of them.

The block buster movie of Sanjay Dutt was remade 4 times in the South movie industry. Out of all the remakes, Shakar Dada M.B.B.S. was a big hit. 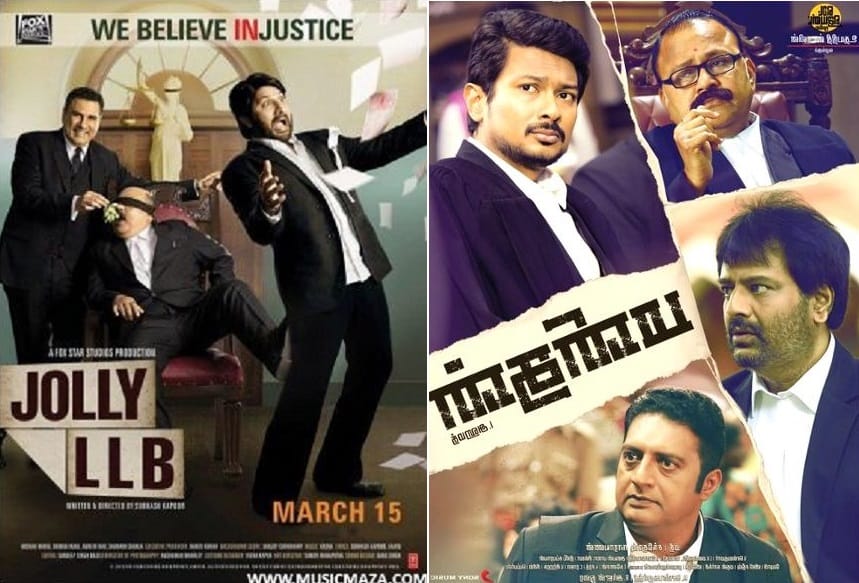 The Akshay Kumar starrer film Jolly LLB was a successful movie in Bollywood. After its remarkable success, the film was remade as Manithanin in Tamil. 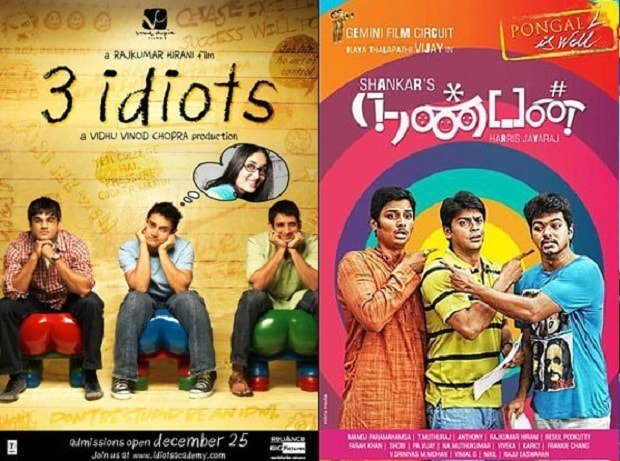 Another Rajkumari Hirani’s masterclass movie, 3 idiots, which did extremely well in Bollywood was remade as Nanban in the Tamil language in 2012.

4. Unnaipol Oruvan (Tamil) from A Wednesday 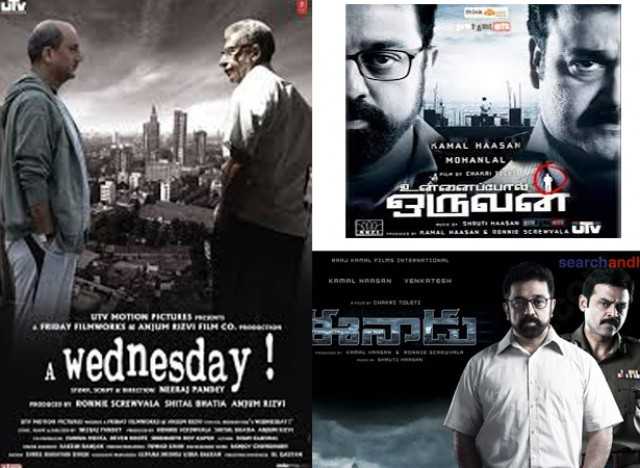 A Wednesday was an iconic movie of Bollywood and will remain so. The unique plot of the movie is what took it to great heights. In 2009, it was remade as Unnaipol Oruvan in Tamil where the legendary actor Kamal Haasan played the lead role. 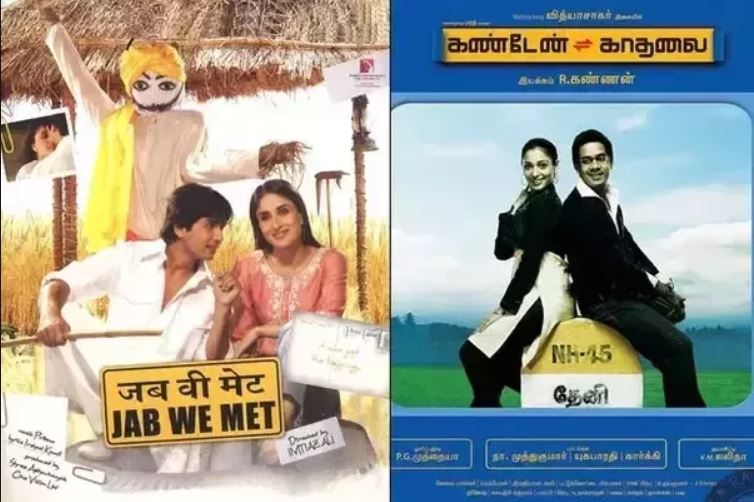 The Shahid Kapoor and Kareena Kapoor starrer Jab We Meg’s success is wide spread in the Bollywood industry. The film was such a big hit that it was remade as Kanden Kadhalai in Tamil, back in 2009. Bharat and Tamannah played the lead roles in the Tamil version. 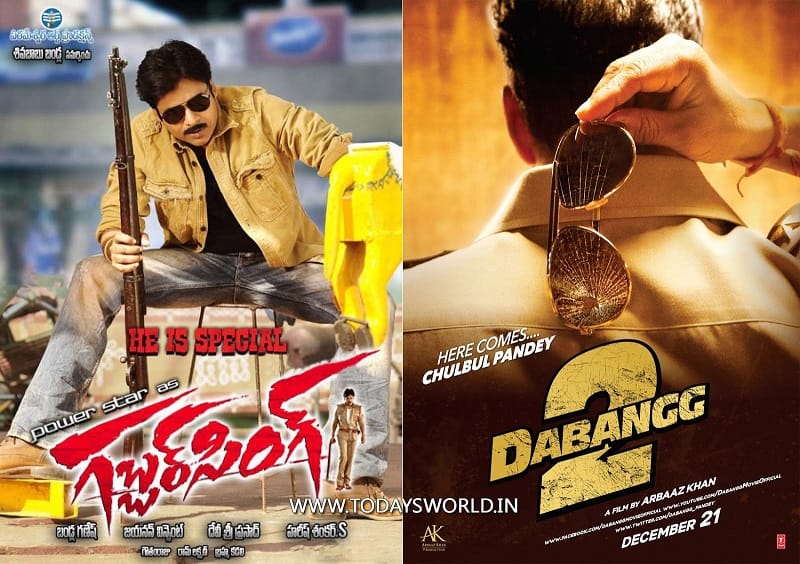 Dabangg was big blockbuster which starred Salman Khan and Sonakshi Sinha in the lead. Dabangg was remade as Gabbar Singh in Telugu. The south mega-star Pawan Kalyan played the lead role in the Telugu version. 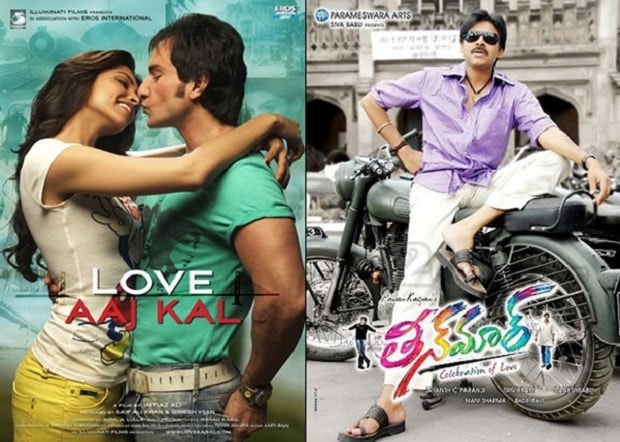 Saif Ali Khan and Deepika Padukone starrer Love Aaj Kal was a sweet and amiable movie made by Imtiaz Ali. The same movie was remade as Teen Mar in Telugu, back in 2011. Pawan Kalyan and Trisha Krishnan played the lead role in the Telegu version. 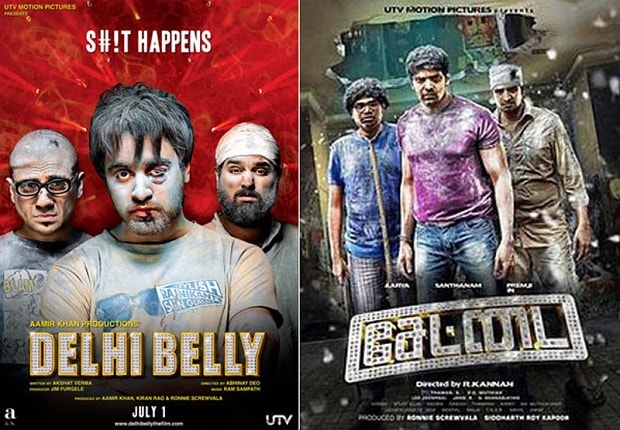 Delhi Belly, an offbeat movie starring Imran Khan, Vir Das and Kunaal Roy Kapur, was a hit. The same movie was remade as Settai in the Tamil language. The Tamil counterpart was released in 2013.

The Paresh Rawal and Akshay Kumar starrer Oh My God was one of the most interesting and peculiar movies of Bollywood. It was remade in Telugu as Gopala Gopala where Pawan Kalyan and Venkatesh played the lead roles. 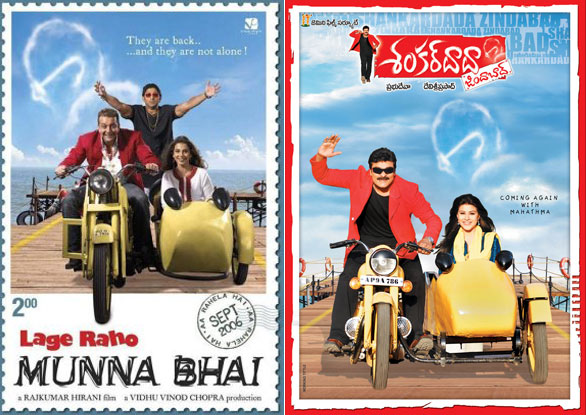 Rajkumari Hirani is a living legend and so are his movies. This is perhaps why most of his films are remade in the South industry. Lage Raho Munna Bhai, the hit sequel of Munna Bhai MBBS was remade as Shankar Dada Zindabad in Telugu. Chiranjeevi and Karishma Kotak starred in the Telugu adaptation of the movie and played their roles really well.