10 Most Expensive Buildings On The Planet Earth

We all have heard the concept as to how “Real Estate” has always been the best form of investment. It has been declared thus, as for the fact that land is the only form of tangible asset that has no amount of depreciation cut off from it. It has only one graph and that is the upward graph. Price of real estate can only increase as per the time goes by and can never decrease, no matter what. Based on this, various time business tycoons and empire moguls come in the same front to discuss ways, examples can be designed that shows in prominence the lavish and luxury side of life. Thus whenever investors and architects have come together, it has ended with the production of something epic. Today we will take a look at a list that shows the 18 most expensive buildings that were ever created on earth. The examples, however, range from the crevices of sin-city to the land of devotion and pilgrimage.

Thus, let us delve into the examples without much ado. 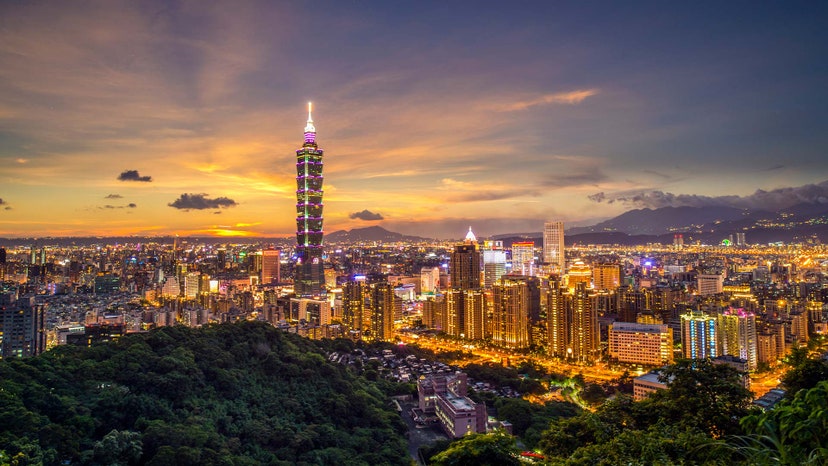 Did you know that before Burj Khalifa staked a claim Taipei 101 was considered to be the tallest structure ever designed by humans to stand tall? It reaches a magnanimous height of 1667 feet (508 metres). The building was initially named as Taipei World Financial. However, the name was seldom used and thus it was modified to Taipei 101. The beautiful model was first designed by the duo C.Y. Lee and C.P. Wang. Soon after its emergence and foundation, Taipei opened up a deck at the top which enabled visitors or tourists to take in a 360-degree view of the wonderful place.

Estimated Price: As per Statista, $1.7 billion. 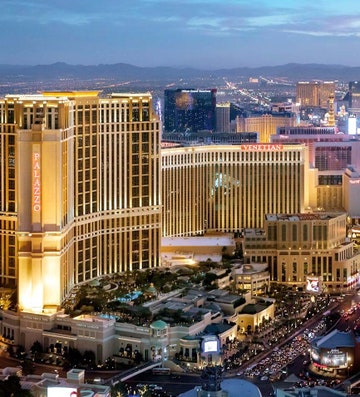 The sin city of the world can never be completed if there are no spectacular sights to be the spot. Thus the 50 storeyed luxury boutique hotel which has inbuilt casinos that give tough competition to the others. As per the records, it does come under the highest building to be in Las Vegas. However, as per the traditional approach, the 13th level is omitted from the construction. The Palazzo stands proud of shining light on all.

Estimated Price: As per Statista, $1.9 billion. 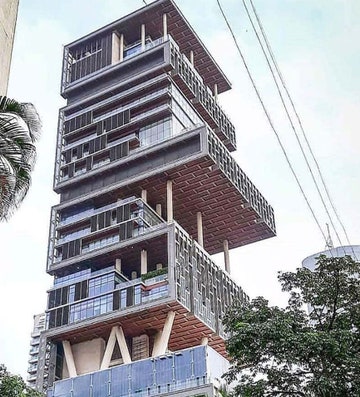 The richest man in our country, Mukesh Ambani has an abode that stretched over a land of 400,000 square feet. The residence without a doubt comes in the list of the most expensive buildings ever. Antilia is a 23 storeyed building that has a yoga room, theatre, ballroom, swimming pool. It also has a larger than life parking lawn with space for around 168 cars. The facilities that are present in this house was declared to Business Today in an interview. 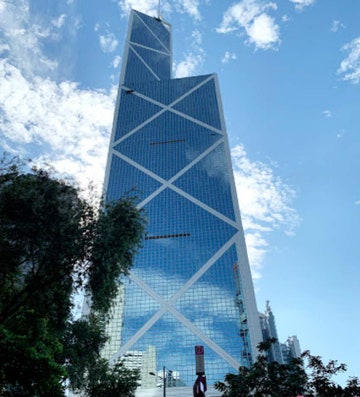 The glass skyrise that was launched after completion in 1989 is one of the only three-dimensional structure in Hong Kong. The architect and designer for this one of a kind structure is the Chinese-American architect IM Pei. He in an interview to Britanicca exclaimed that “all vertical stress to the four corners of the building, making it very stable and wind-resistant”.It not only has the headquarters of the Bank of China which is based on Beijing but also many other companies and subsidiaries. The structure during construction amount to a $68 million roughly. This was however as per the currency value of 1989.

Estimated Price: As per BusinessInsider, $2.1 billion. 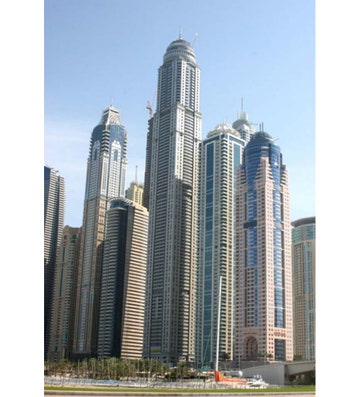 Not known to many but the Princess Tower of Dubai has a special place in the Guinness Book Of World Records. It is the tallest residential complex/ building in the world. Right after Burj Khalifa, Princess Tower stands at a towering height of 1,358 feet and has close to 102 levels. The record was established in the year 2012 and also came upon CTBUH.

Estimated Price: As per the Telegraph, $2.17 billion.

For the second time, Las Vegas claims a post on our list and to be very honest we are not surprised. The boutique resort that sings and exudes elegance and posh vibes hold two tourist highlights. One of them is the fact that the place holds the records for the largest chocolate fountain and another is the fact that it does have a small poker room. The poker room, however, is named after 1978 WSOP champion( main event) and holder of four bracelet winds, Bobby Baldwin. The beautiful land spread out and has a lake that runs over 8 acre on which sits the magical water fountain. Even though The Blackstone Group owns the resort, it is operated by the MGM Resorts.

Estimated Price: As per BusinessInsider, $2.3 billion. 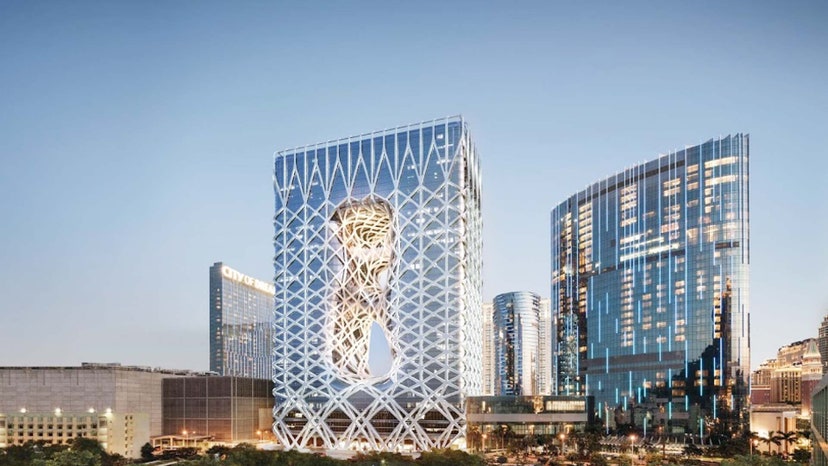 Macau always genuinely was a city of dreams, however, the dream added reality to it with the creation of this masterpiece. Not only the construction is a piece of art in itself, but it also offers a variety of entertainment options. There is an option of enjoying fine dining at a Michelin starred restaurant or shop at designer stores. It also allows you to visit the popular visual aquarium and a lot more such choices.

Estimated Price: As per the Telegraph, $2.4 billion

The Venetian at Macau draws its inspiration from its sister counterpart which is located at Las Vegas. It offers a collection of boutique hotels and luxury casino. It is a fun place to visit to spend some time and gleam.

Estimated Price: As per Statista, $2.4 billion. 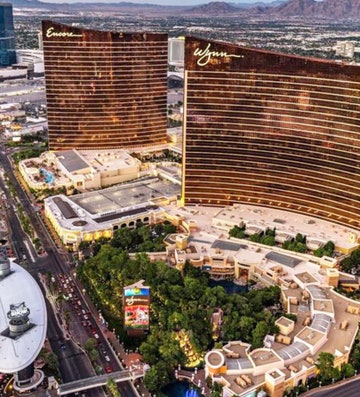 Wynn Resorts from Las Vegas is another spot that grabs the chance at bringing Vegas up. The boutique set up is a combination of two noteworthy individual hotels with around 4750 rooms and stretches around 192,000 square feet of casino, conventional halls and theatre rooms. It was starred as a luxury establishment by AAA, Michelin and many more.

Estimated Price: As per Statista, $2.7 billion. 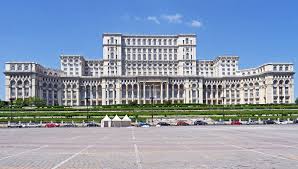 The Palace of Parliament which is also referred to as the Republic’s House of the People’s house has been ranked second in the list of Administrative buildings by the Guinness Book of World Records. The b=construction lost to Pentagon in the list and spreads over a stretch of 365,000 square metres.

Estimated Price: As per Statista, $3 billion. 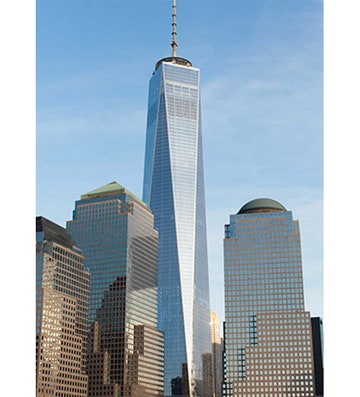 The Freedom Tower that was bought to existence after the mishap that was caused to the Twin Towers on the unfortunate event of 9/11. The Freedom tower shows the win of the US against the terrorists and how they picked up their pieces to come back better and stronger. Even though it is a 9/11 Observation centre, it is open as a tourist attraction, but not with an all visit pass. It also stakes the claim of being the highest tower in the US. 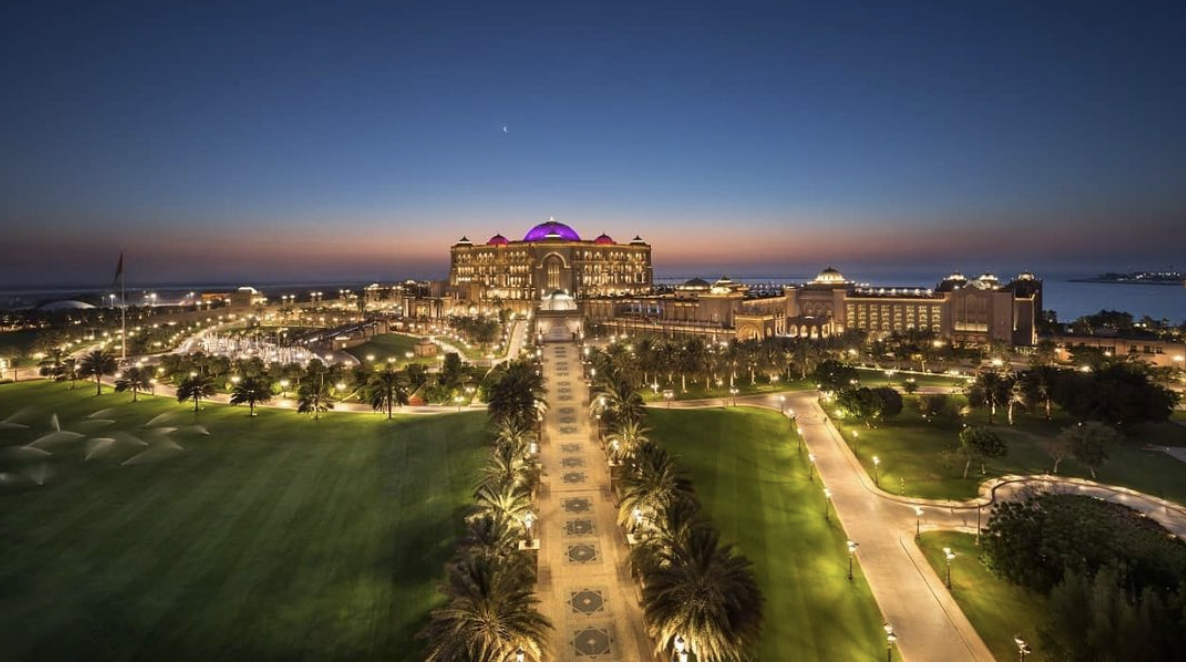 The Emirates Palace lives up to its name by being a palace. The 8 storeyed hotel that stretches up to a kilometre overlooks a natural bay created by the shores of the Arabian Gulf. The palace is also known to be more spread out than the Buckingham Palace itself. 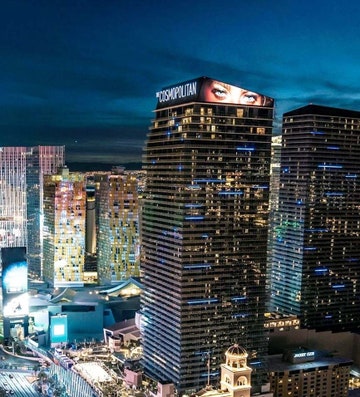 The Cosmopolitan is the most expensive casino in America and combines two towers to make for a hotel with around 3000 rooms. The place also hosts the best nightclub scenes and is an avid holder of the Marquee Nightclub & Dayclub. However, what sets it apart from other casinos is its idea of letting its customers take a peek at the outside view as there are no darkened windows. 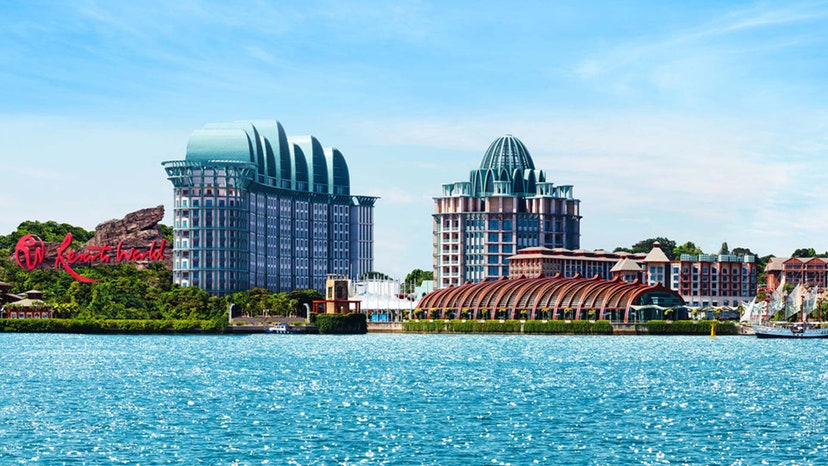 The luxury and boutique resort is not only known for its beauty, but also for the amenities it provides. Apart from casinos, restaurant, Universal Studios and the breathtaking view, it is known for its Adventure Water Park. The S.E.A Aquarium holds the record for the second-largest oceanarium in the world. Won’t you just love to spend your holiday there?

Estimated Price: As per the Telegraph, $6.59 billion. 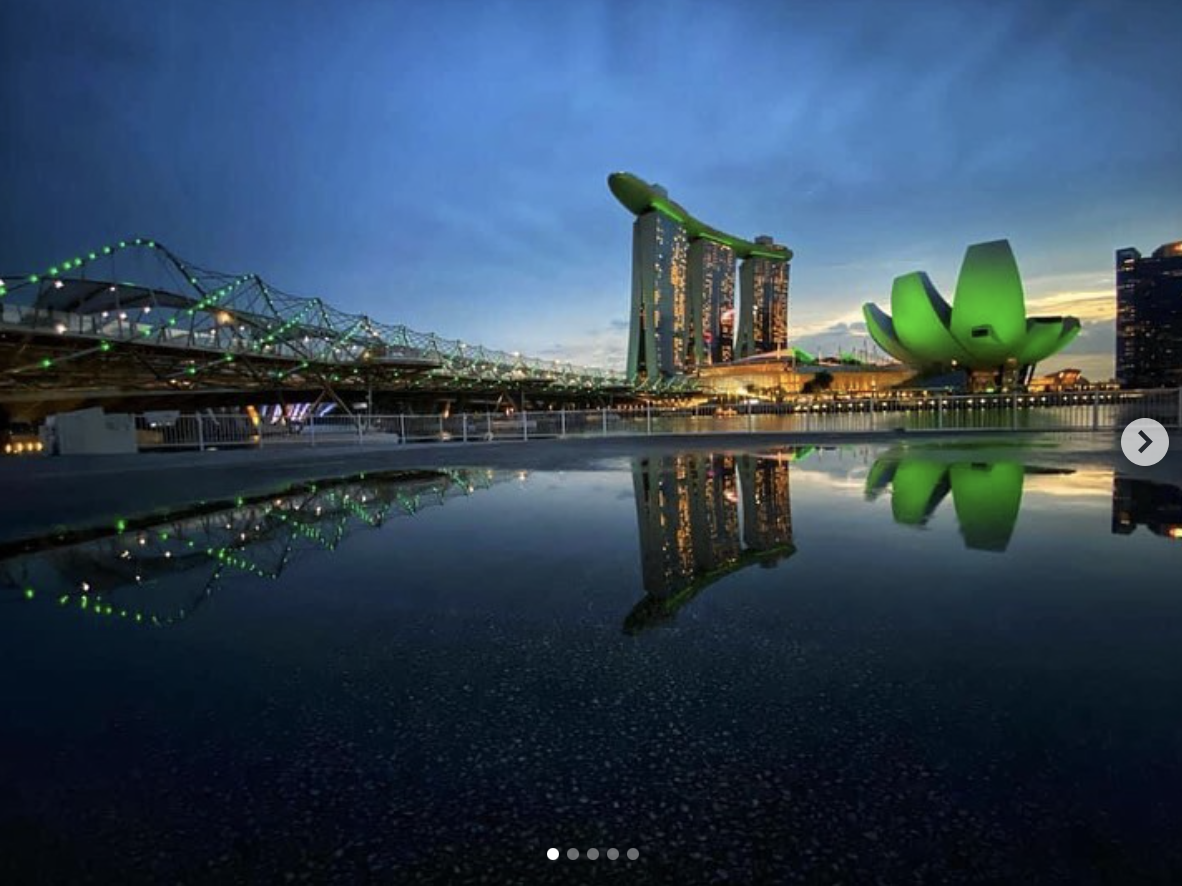 Marina Bays that was launched in the year 2010, holds the record for the largest rooftop infinity pool in the world. The terrace without a doubt provides one of the best panoramic views of the Singapore skyline and is sure to take you to a dream world with its magnificence. 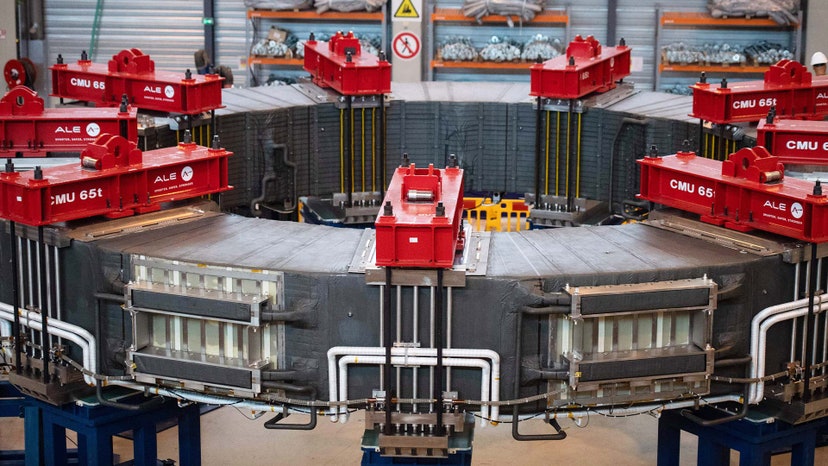 Tokamak Reactor is the only research facility on the list and rightly deserved so. As per the report of The Guardian, the worlds first nuclear fission project began its layout last year here. 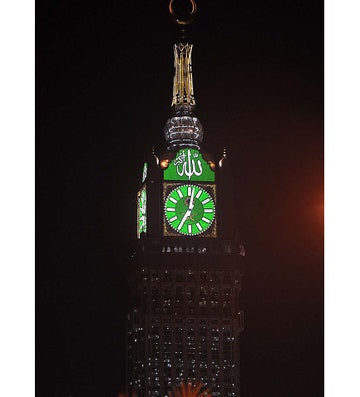 The government-owned facility hosts a combination of seven towers with a giant clock at the top that gives out a spectacular view of the entire city. The tower is marked opposite to the biggest pilgrimage destination, the great mosque of Mecca. The tower is home to dining, shopping, residential living and any other alternate form of entertainment suited for residency. 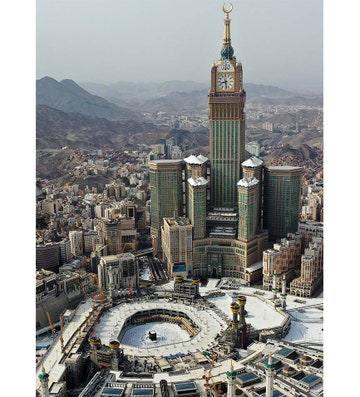 The grand mosque stands to be the largest and the most spread out mosque as per BBC. As per the orders of King Abdullah in 2011, space was spread out to harbour two million worshippers. With time and smaller changes being introduced, it stands as the most expensive structure.