Bollywood and television actress Mandira Bedi is left heartbroken after the unfortunate and untimely death of her husband and filmmaker Raj Kaushal. The 49-year-old filmmaker passed away on Wednesday (June 30) early morning after suffering a cardiac arrest. Raj is survived by his wife Mandira Bedi and children Veer and Tara.

Following the heartbreaking news, it is now being reported that Mandira Bedia has rented out an old bungalow of hers. In March this year, actress Mandira had put up her lavish home Madh named Bougainvilla, on Airbnb. The luxurious mansion has 4 bedrooms and 5 bathrooms. And the cost of accommodation per night is reportedly around INR 42,000. 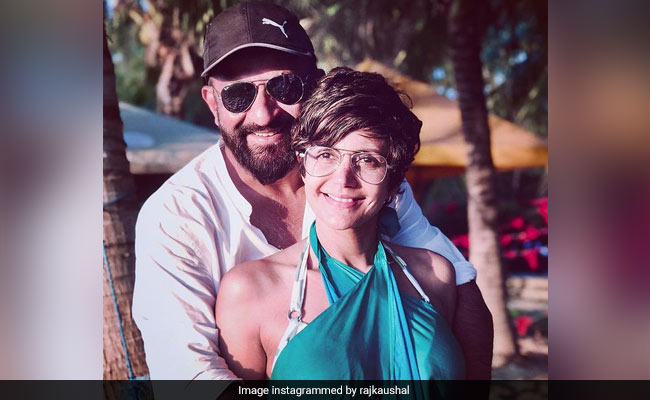 Now according to the latest report in Bollywood life, Mandira and late filmmaker, Raj Kaushal’s villa is now up for rent. Mandira and her mother had invested in this luxurious beach house about 15 years ago and kept it open for shooting purposes.

Reportedly, Mandira had been working hard on getting the mansion redone before renting it out. As per an article in Conde Nast Traveller, back in 2019, had claimed that the actress was redoing the place from scratch. It is a four-bedroom house with a pool.

Previously, in an interview with Indian Express Mandira had said, “This four-bedroom beach bungalow is the perfect destination for a traveller looking for a perfect beachside getaway. I focused on creating a space where a traveller just needs to show up with a suitcase of clothes. All their other needs and amenities will be taken care of when they stay at Bougainvilla.”

Here, check out the video of Mandira Bedi giving a virtual tour of her holiday home: