Raj Thackrey was in love with Sonali Bendre

Bollywood actress Sonali Bendre and Politician Raj Thackeray are two of the most well-known personalities from the 90s. Sonali is known for her astonishing acting in movies and Raj is known for giving fierce political speeches. They both had a huge fan base in their respective fields

Even though they belong to totally different worlds, these worlds still collide at the same time, just like a movie plot, and even have become a hot topic of discussion at times.

Well, coming straight to the point Sonali and Raj were both in love with each other and wanted to marry each other. Yes, you read that right. However, their love story came to an end because of the reasons we’re about to tell you in this article.

Sonali Bendre began her career as a model. She then made her Bollywood debut in 1994 with the movie Aag. She featured alongside actor Govinda. Despite the film’s poor performance, Sonali was given the Filmfare Award for Best Newcomer.

After that, she appeared in the 1996 movie Diljale. In this movie, she shared the screen with Ajay Devgn. Sonali’s performance and attractiveness in the movie received a lot of appreciation.

As a result, she gained a large fan base and following of artists and other celebrities. Raj Thackeray, the leader of MNS, was also mesmerized by her charm and beauty even though he was married at that time. 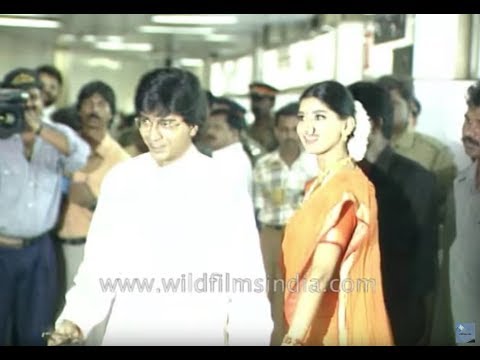 Apart from that, there was a lot of controversy around Raj Thackeray’s political career when it first began. According to claims that he was the one who advanced Sonali Bendre’s Bollywood career and afterward fell in love with her. However, there are no proof and nothing is confirmed by anyone.

Their closeness was also witnessed when they met the late superstar Michael Jackson at the airport when he came to India. Sonali wore traditional Marathi clothing, and Raj wore a bandh-gala Nehru jacket over a kurta-pajama.

As per the rumors, they both wanted to get married and live with each other for the rest of their lives. However, their dream was merely a dream as they are now living separate lives.

Bal Thackeray was against their marriage 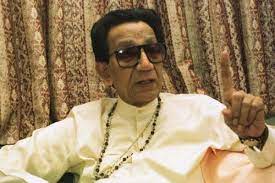 When they first fell in love, Raj Thackeray and his wife, Sharmila Thackeray, were already married. When Bal Thackeray came to know about their closeness and desire to get married, he immediately rejected Raj Thackeray’s wish.

Reportedly, Bal Thackeray persuaded Raj Thackeray to maintain a distance from Sonali Bendre. He explained to Raj Thackeray that getting a second wife while he is still married would affect his reputation a lot. It is improper to act in this way going forward in such a circumstance. Raj Thackeray then decided not to marry Sonali following Bal Thackeray’s advice.

Raj Thackrey now leads the Maharashtra Navnirman Sena (MNS) and lives happily with his family. He and his wife, Sharmila Thackeray, have two children together, and their names are Amit Thackeray and Urvashi Thackeray.

On the other hand, Sonali Bendre married director Goldie Behl in 2002. They both have a son named Ranveer as well. She frequently posts photos of him on social media. Moreover, she made headlines in 2018 after disclosing her cancer diagnosis. She eventually made a full recovery after receiving therapy for several months.