by Unnati Madan
in Trending
0

Prime Minister Narendra Modi is one of the most loved leaders in the world. Despite being so popular around the world, PM Modi is very kind and humble. Over the years, we have seen Modi’s sweet gestures at different events. Here, in this article, we bring you one incident which proved that PM Modi respects the requests of citizens and can do anything for them.

Well, it happened when an IIT student took to his Twitter and expressed his love for PM Modi’s colorful mala and tweeted the same to him. However, the student never expected that he will get it as a gift from the PM.

Yes, you read that right. Without thinking Twice, PM Modi gifted him that colorful garland and brought a smile to his face.

The student named Rabesh Kumar (Mechanical engineer from IIT) attended his public rally in Madhya Pradesh, where PM Modi wore the garland. After the event, the student took to his twitter and wrote:

(which roughly translates to: “I was listening to you on Panchayati Raj Day; you gave a very nice speech. I liked the gold-coloured garland you were wearing. Can I get the same?”)

Soon, the tweet caught the attention of PM Modi, who won everyone’s heart with his reply. He wrote a letter to the student and gifted him the garland as a gift. He wrote:

“I read your message on Twitter where you expressed your liking for the garland I wore at Mandla on Panchayati Raj Diwas. I am sending you a letter along with the garland as a gift. I wish you all the best for the future.”

Here, check out the letter: 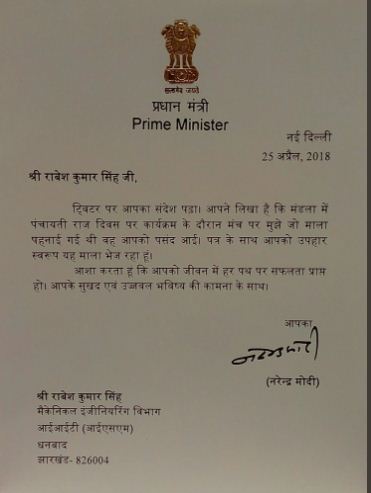 The student was so happy after receiving a special gift from the Prime Minister. He took to his Twitter and shared his picture while expressing his happiness. He thanked the Prime Minister for such a lovely gift. 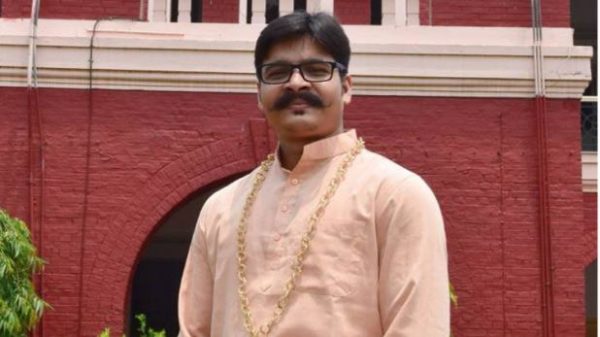 A Fan Asked Tiger Shroff "Are you virg|n?" And The Actor Gave A Hilarious Response