Taj Mahal and it's 9 Copies across the globe

Taj Mahal is said to be the symbol of love and art and even after being a false tomb, millions of people across the world visit every day just to have a glimpse.

The Taj Mahal is a white marble mausoleum located in Agra, Uttar Pradesh, and is known to be one of the seven wonders of the world.

The Taj Mahal is one of the most popular tourist destinations on earth, is an octagonal structure that possesses features of Islamic, Persian, and Indian architecture.

In 1983, UNESCO designated the Taj Mahal as a World Heritage Site. The architecture has continued to inspire people for more than 350 years.

However, many people across the world have tried to copy it but the Original is original and as Indians, we can proudly say that the original Taj Mahal belongs to the country in which we reside.

Let’s have a look at Taj Mahal Replica from across the globe, 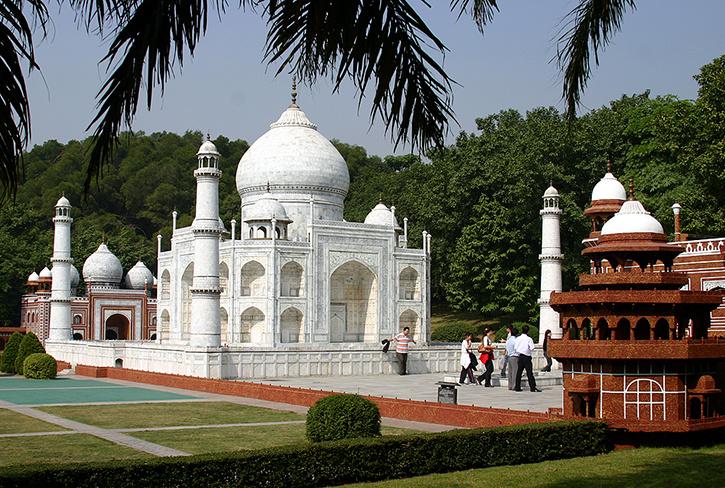 China is known for copying every other item from across the world, including buildings, military hardware, and even mobile phones. But did you know that China also constructed the Taj?

Yes, In Shenzhen, in a theme park similarly called Window of the World, China also has its own Taj Mahal. In addition to copied Taj Mahal, the park also has a scale model of the Eiffel Tower and the Leaning Tower of Pisa. 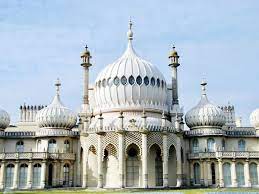 Britishers, who ruled our nation for more than 200 years, have their own Mahal in Brighton, England. Early in the 19th century, George, Prince of Wales, had his old royal house, the Royal Pavilion, erected as a beach retreat.

It is commonly referred to as the Brighton Pavilion. The Indo-Saracenic architectural style that was prominent in India in the 19th century was the inspiration for this building, and that’s why it is similar to Taj. 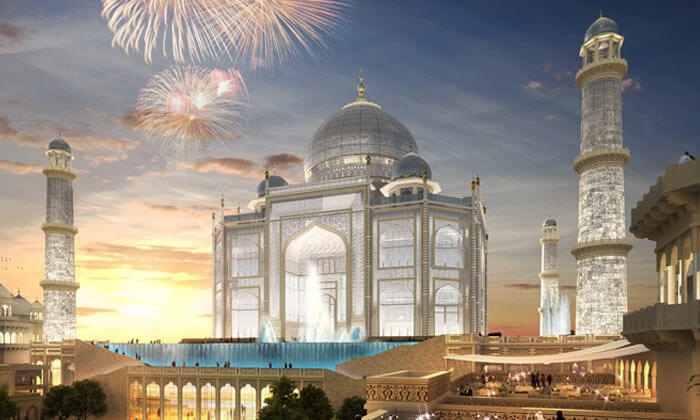 Dubai is undoubtedly one of the most significant cosmopolitan cities in the world and it has also constructed a replica of the Taj Mahal that is spread across an area of 210000 sq feet, which is approximately 4 times bigger than the original monument.

According to reports, the location is home to several residential and commercial structures with architecturally inspired landscaping. 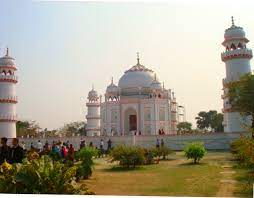 Dhaka is the city where Bangladeshi director Ahsanullah constructed the Taj Mahal of Bangladesh as a backdrop for a film. In 2008, he made an effort and replicated our Taj Mahal.

When he first viewed the original one in 1980 in Agra, the thought of constructing a similar monument for his country crossed his thoughts.

Humayun’s Tomb, which is situated in the national capital Delhi, was constructed in 1560. The tomb was the first garden-tomb in the Indian subcontinent, making it more ancient than the Taj Mahal. It is having numerous significant architectural advancements that culminated in the Taj Mahal’s construction.

Empress Bega Begum, aka Haji Begam, who served as Humayun’s first wife and primary consort, ordered the construction of his tomb. The Mughal Garden tomb was constructed by Persian and Indian craftsmen and is larger than any other tomb ever constructed in the Islamic world so far. 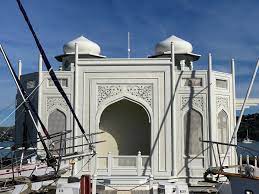 When Bill Harlan, a property developer, and vineyard businessman, visited India in the middle of the 1970s, he was mesmerized by the beauty and elegance of the Taj Mahal and decided to build a copy of it.

When he traveled to Dal Lake from Kashmir, he thought of building a replica of the beautiful monument on the boat. To have polished marble flooring, a wine cellar, a top-level solarium for relaxation, a sauna, and a secret elevator, the houseboat reportedly cost $2 million then. Before relocating to Napa in 2016, Bill lived in this houseboat for SEVERAL years. Bibi Ka Maqbara Also known as the Mini Taj of the Deccan or the Poor Man’s Taj Mahal, this Aurangabad structure was created by Prince Azam Khan, the son of Aurangzeb, in honor of his empress-mother Rabia-up-Daurani. This Taj Mahal model has four minarets, is surrounded by gardens, and is a beautiful spot to visit. If you have a glance at its pictures, you’ll mistake it for the original Taj situated in Agra. Anand Prakash Chouksey, a renowned schoolteacher from Burhanpur in Madhya Pradesh, built a duplicate of the Taj Mahal, for his wife out of love and devotion towards her.

The 8,100 square foot structure, which took around 30 months to construct, features four bedrooms, a library, and a meditation area. To keep the grace and elegance of the old monument, the engineer who constructed the home faced a handful number of problems while building it. There are a lot of people who don’t know that there was a contemporary “Shah Jahan” living among us. A retired postman named Faizul Hasan Qadri created a miniature for his wife setting an example of true love just like Shah Jahan. His creation is historic and it’s a great achievement as well.

The cement and brick Taj created by Qadri on 5,500 square feet in the hitherto town of Kaser Kalan in the Dubai tehsil may not be compared to the original Taj, but it was built out of love for his wife.

This replica was built on Tajamulli Begum’s tomb after Qadri, who had lost his wife to throat cancer in 2011, used all of his life’s wealth and sold a portion of his property.

Sadly, after being injured by a motorbike in November 2018, an 82-year-old man died. Hasan Qadri passed away in the hospital and is now buried next to his wife in the tomb he created for her.