Mama-Bhanji (Uncle and Niece) relation has always been considered very important in Indian culture. There is a whole lot of love between them which is innocent and pure. Bollywood has not remained untouched by this sweet relationship. Fans get to see many actors showering their love on their cute nieces time and again on social media.

So, let us have a look at the list of top 4 Bollywood celebs and their beautiful nieces.

1. Govinda and his nieces Arti, Ragini, and Soumya

Bollywood legend Govinda is the most loved ‘Mama’ of his three nieces, who all are working in the industry and have been quite successful. After featuring in the BB Season 13, Govinda’s niece and cousin of Krishna Abhishek, Arti Singh has become the talk of the B town. His other niece Ragini Khanna is a famous household name and known for shows like India’s Best Dramebaaz and Gangs of Haseepur, where she works as a host. The third and lesser-known niece Soumya Seth has been working in the advertisement industry of late.

Navya Naveli Nanda, the daughter of Swetha Nanda, is granddaughter of veteran bollywood actor Amitabh Bachchan. Social media celebrity Navya is niece of Abhishek aka Junior Bachchan. She may be seen in Bollywood anytime soon.

The cute looking and naughty child at the same time, Inaaya is daughter of Saif Ali Khan’s sister Soha and Kunal Kemmu. She is the only niece of Saif. Inaaya and Taimur’s pictures often circulate on social media platforms.

4. Alizeh Agnihotri and Ayat Sharma the loved nieces of Bhaijan

Alizeh is the daughter of Salman Khan’s sister Alvira Khan Agnihotri whereas Ayat Sharma is Arpita’s daughter. Salman was spotted in the hospital at the time of birth of both his nieces. Photos circulated at time show how dear are they two to Bhaijan. 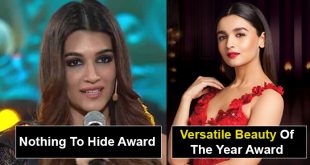