Priyanka Chopra and Deepika Padukone are the two biggies of Bollywood in the present era. Both of them are widely known and on an usual base emerge as the best actresses of Bollywood now. Often, it is found that both of them are being compared, be it for their roles, lifestyle, interviews or any other presence.

Recently, a similar kind of comparison was drawn between the both as a renowned entertainment website compared the outfits worn by PC and Deepika. Responding to the article, Priyanka’s mother, Madhu Chopra called out on the article with a buzzing tweet. Here’s to what she said about the comparison:

“Only a blind will think they are wearing same outfit. Besides Pri always carries Haute couture better.”

Priyanka’s mother, Madhu Chopra made the statement in accordance to a media’s comparison that featured both Priyanka and Deepika in a stunning and hot black dress. Although, both the stalwarts are yet to dive into Madhu’s comment, yet the fanbase of both the actresses came together to put forth their view on the remark. 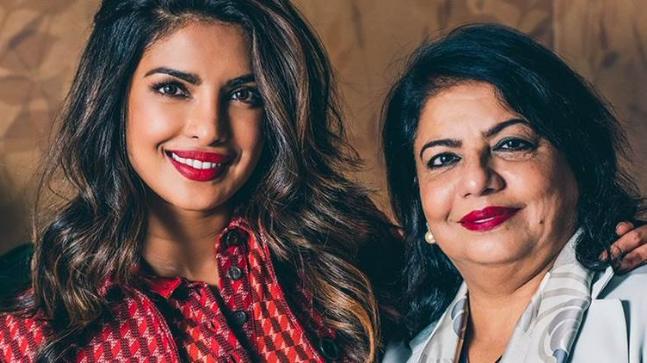 Many came forward with an agreeing term with Madhu’s tweet, which read “very true” and “If it matches anyway then what’s the big deal?”

Other range of comments flooded in the tweet too, which had mixed answers. Am user asked her to “school them” while another wrote, “This is embarrassing, mam.” One Twitter user simply called out both the site and Madhu Chopra for stacking the actors against each other and wrote, “Why put one against the other? Be better.”