Bollywood actress Kangana Ranaut and producer Ekta Kapoor are gearing up for their upcoming show Lock Upp on AltBalaji. Recently, the trailer of the show was released and in no time fans flooded the social media was buzzing with reactions from the fans.

Well, the trailer shows how Kangana Ranaut will jail 16 ‘controversial’ celebrities for 72 days and put them to the task. Though, the contestants of the show are yet to be revealed but the trailer has already stirred a debate on social media. Fans are comparing the show to Salman Khan’s popular reality show Bigg Boss. 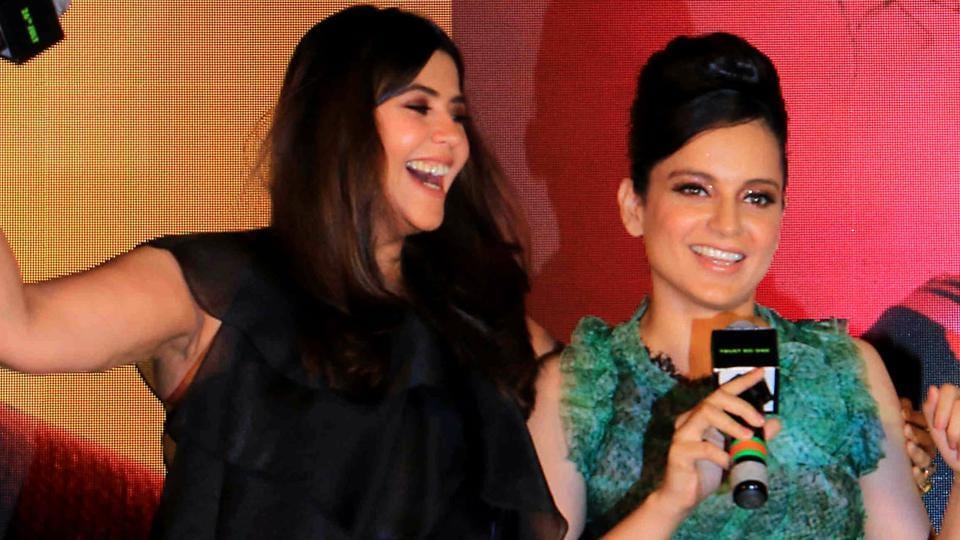 Now Ekta Kapoor has reacted to these comparisons herself.

“All captive realities all over the world get compared with each other and this is a captive reality. It’s like saying did you ever get scared because one soap opera got compared with the other? There’ll be 10 shows, we will see them as same stories. But they have all worked on their own differences.”

She added: “There is going to be constant comparison. People will say stuff. But captive reality and original captive reality will also have its differences. Aap dekhiye kitna alag hoga.” Kangana Ranaut, who will be seen hosting the show also spoke about the project and expressed that she is very excited and thrilled about the show. She said:

“I am thrilled and excited for foraying into the OTT with such a unique and brilliant concept. The scale and reach of both ALTBalaji and MX Player are massive. I am sure this show will give me a great opportunity to get in touch with my fans and entertain them as the host of Lock Upp. I want to thank the boss lady Ekta for always being by my side, she has always been someone I admire and respect a lot. I am glad that she is there with me for my OTT debut as well. To all my fans out there, get ready for the most fearless show ever.”

Talking about the show, it is being produced by Endemol Shine India and will premiers on AltBalaji and MX Player from February 27.