Former Captain of Indian Cricket Team MS Dhoni Aka Captain Cool took retirement from international cricket on 15th August 2020. However, Maahi is still playing in the Indian Premier League popularly known as IPL. Recently, a video featuring MSD and Sakshi went viral on social media. In the video, it can be seen that they both are having a good time. They both are having funny and cute combat with each other. 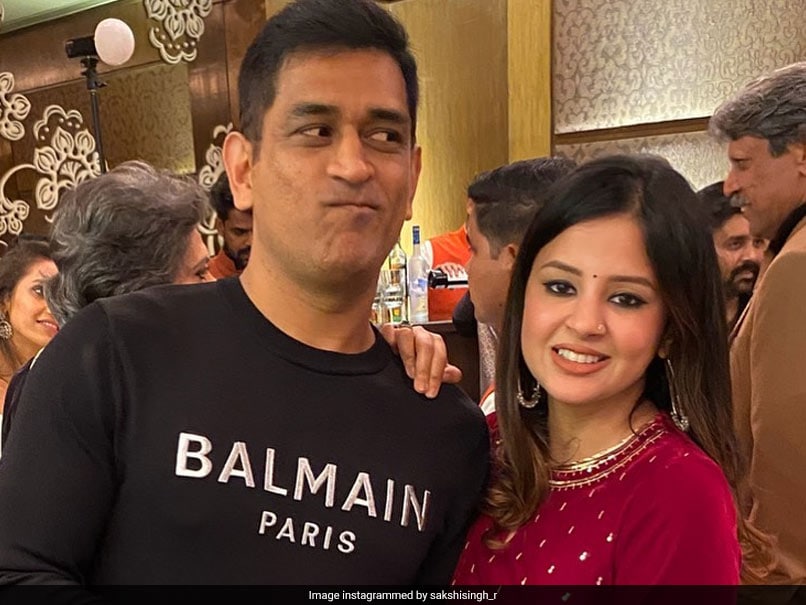 Leading the Indian Cricket Team for almost 9 years, MS Dhoni is the only captain to win 3 different ICC trophies. Everyone knows about his cricketing career, but he loves to keep his personal life out of the limelight. He is not active on social media. Moreover, he also stays away from talk shows and reality shows.

On the other hand, his better half Sakshi Dhoni is very active on social media, especially on Instagram. She seems keen to increase her Instagram followers and the new viral video is proof of this statement. MS Dhoni himself stated this thing.

The video that viral on social media features Dhoni and Sakshi and they are having a cute little argument just like most couples have. Other people can also be seen in the video. In this video MS says,

Sakshi gives a fitting reply to his husband and says,

‘Your fans love me as much as they love you” but they want to see you, where is Mahi Bhai, Thaala, Mahi

hearing this everyone starts laughing including our Captain Cool.

The video went viral in an instant and the moment MSD says that she is doing this to increase her followers, Sakshi replies by saying your fans love me as much as they love you, I’m part of you baby. Video is receiving a lot of likes and comments. While some people are saying that the couple is super cute, others are saying that Sakshi is just using MS Dhoni to increase her Instagram followers.

Have a look at this adorable video.

Even though the captain cool has bid goodbye to international cricket, but he will be seen as the captain of his team Chennai Super Kings in IPL 2023.