Arjun Kapoor's opinion about the recent struggles of Bollywood

Ek Villain Returns main lead Arjun Kapoor recently said that the film industry has a lot of problems to solve but the only way to start is by making good films.

For quite a long time, Bollywood has been going through a very rough phase and after the disappointing and underwhelming performance of Aamir Khan starrer Laal Singh Chaddha and Akshay Kumar starrer RakshaBandhan, there is even more cause for concern.

Anticipated Films with big stars like Aamir and Akshay failed to impress the audience. Both the films faced boycott calls from people across the country on social media before their release and the calls continued even after the release which affected the collections of both films to great extent.

The main leads of both films — Aamir Khan and Akshay Kumar addressed the boycott trends as well and requested people to give their films a chance. 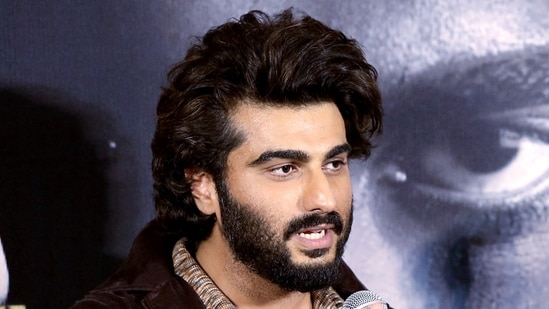 In a recent conversation with Bollywood Hungama actor, Arjun Kapoor talked about various reasons that might be the cause of the downfall of the film industry. He said

“I think we made a mistake by being silent for so long. Our decency was taken for our weakness. We always believe in ‘let the work speak for itself, all this doesn’t matter,” he told Bollywood Hungama as Kapoor spoke about the cancel culture that has besieged the film industry since 2020. He added, “We tolerated a little too much. Now people are used to it.”

Arjun also said that as a film industry, they need to come together and get to the root of the issue as many of the boycott hashtags have an agenda behind them, and are far from reality. He further stated

“We need to come together and do something very genuine about it because whatever is written, whatever hashtags are used, they are far away from the reality,” he said. The Ek Villain Returns actor continued, “Some agendas, they are turned into something big when in fact they don’t even exist.”

Arjun revealed that with every film, every move that the industry makes, there is opposition on every corner. He added,

“The industry is losing its shine. We have turned a blind eye and said let it be. We believed when the theatres reopened, films will do well and all will be well,”

Although 2022 seemed to have a good start with Gangubai Kathiawadi and The Kashmir Files, the momentum broke after those hit movies.

“The last two months have been detrimental to the film industry because a lot of films have not done well. Do I feel it is a narrative created? No. I feel some films have not been good enough. At the same time, the narrative does not help either. People who are creating the narrative get more ammunition when the film is not as good.”

Arjun was last seen in Ek Villain Returns which did not receive good reviews. The film’s lifetime collection stands at Rs 40 crore turning out to be yet another disaster.