On the occasion of National Friendship day, we are going to tell you about friendship goals of some of your favorite B-Town stars. It is often said that Life has no meaning without friends. From giving us an emotional support during difficult times to sharing  good loud laugh during happy day , friends add more value to our life with their presence every other day. They teach us life lessons in moist beautiful way possible.

And just like normal people Bollywood is no exception. There are numerous celebrities who have set major friendship goals in the industry which is known for cut-throat competition and rivalry. This Friendship Day let`s have a look at the best friends of Bollywood whose bond has passed all the tests of friendship and love . 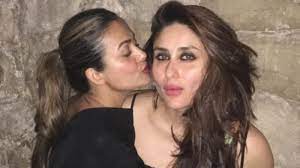 Kareena Kapoor Khan and Amrita Arora`s friendship is known by almost everyone. Their bond  is not hidden from anyone. The two gorgeous ladies have been friends for over two decades now. They have always been there for each other and stood up straight like a pillar. Recently, Kareena came out in support of Amrita after her bestie faced trolling from several social media users. 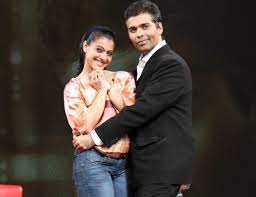 Kajol and Karan’s  friendship is talk of the town from quite a long time now. Their friendship goes back to the days when they were just  industry kids. However, their friendship almost came to an end  in 2016 during the release of Ae Dil Hai Mushkil, starring Ranbir Kapoor and Anushka Sharma and Ajay Devgn`s Shivaay. Both the films clashed at the box office. Thankfully , Kajol and Karan could not stay angry for long with each other. They reunited, rekindled their friendship and sorted out everything. 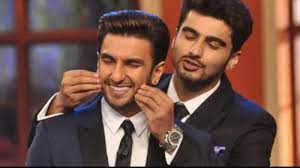 Arjun and Ranveer starred in ‘Gunday’ together and since then they are very good friends. They are known for flaunting their “bromance” on social media. They address each other as “baba.”  Previously, In one of the interviews, Arjun sarcastically said that he feels he is Deepika Padukon’s ‘soutan’. 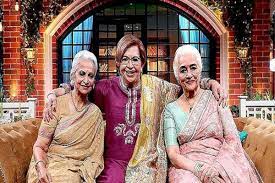 Having a look at todays’ scenario where friendships end due to little misunderstandings, there are Some friends are destined to grow old together. Veteran actresses Helen, Waheeda Rehman and Asha Parekh have set an example by beautifully proving that enduring friendships are beyond age or competition. Despite wrinkles and grey hair, these beautiful ladies do not leave any chance to hang out together. Last year, they gained a lot of limelight with their Andaman vacation, showing how to cherish and enjoy life-long friendships. Bollywood Star kids Suhana Khan, Ananya Panday and Shanaya Kapoor are childhood besties. Suhana is Shah Rukh Khan and Gauri Khan`s daughter, while Ananya is Chunky Pandey’s daughter and Shanaya is Sanjay Kapoor`s daughter. Ananya has already stepped in Bollywood while Shanaya and Suhana are all set to make their debut soon with `Bedhadak`and ‘The Archies’ respectively. Janhvi Kapoor and Sara Ali Khan are the new besties in film industries. According to young actresses , their friendship started in Goa. On Koffee With Karan 7 show, Janhvi said,

“We were neighbours in Goa and we had a common friend. Then one day we started talking. We ended up talking till 8 AM in the morning.” Their friendship became stronger when they went to Kedarnath Temple together.

Farhan Khan and Ritesh Sidhwani have known each other since their school days at Maneckji Cooper. They became best friends when they went on to graduate from South Mumbai`s HR College. The two are even business partners and helm Excel Entertainment together.