Bobby Deol’s Wife Is Way Hotter Than Many Bollywood Actresses

Bobby Deol is amongst those celebrities who are moderately famous but after making a smashing comeback  with Super hit Web series Ashram, the actor grabbed a lot of limelight. Few days ago Season 3 of Ashram was released and fans are really loving it as much as they loved previous seasons. In this article we’ll discuss about love life of Bobby  and his  mesmerizingly  beautiful wife  Tania Deol.

Tania  Ahuja Deol is daughter of the late Devendra Ahuja, who was the promoter of Centurion Bank and MD of 20th Century Finance company. She also has two siblings named Vikram Ahuja and a sister Munisha. Tania Deol is really very pretty. Anyone can fall in love with her just by having a glance. No wonder why Actor Bobby Deol fell for her at first sight. Yeah, it was love at first sight kinda thing for Bobby when he first saw Tania. He was so stunned that he almost gave his heart away. 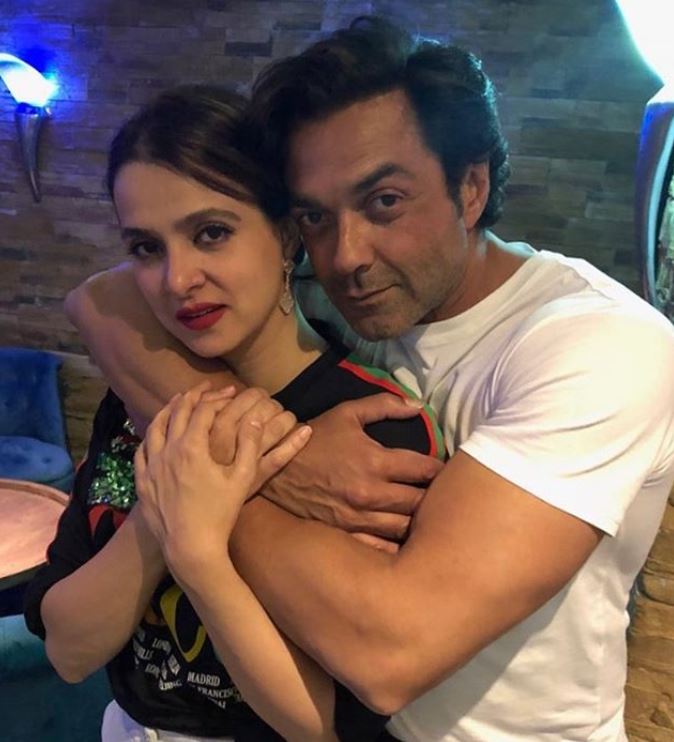 Tania and Bobby met in Restaurant for the very first time. Initially, Tania denied meeting Bobby. Isn’t it surprising?  Because they are happily married now that’s why it is said that “if its meant to be it will be anyhow”. The couple tied the knot in year 1996  in month of May .  When Bobby told about his Love interest to his family specially his  Father who is also a renowned Actor Dharmendra Ji, He also liked her and give  both of them blessings for their future ahead.

In  conversation with BollywoodLife, Bobby Deol praised his wife Tania Deol a lot l. He had said,

“My wife has been like the pillar of my strength. She has stood by me through ups and downs, believed in me, in a way, she’s tried motivating me many a time to move forward, and eventually, it’s her belief and motivation that’s made me reach where I am today. She’s just an awesome woman and I am just so lucky that I am married to her.” Many of us are unaware of the fact that Tania Deol is successful Business woman apart from being an amazing  wife and mother of two sons named Aryaman  Deol and Dharam Deol.