Cricket is a highly followed and popular sport in India. The Indian mass love to watch matches and keep updated with the game. Out of all the domestic tournaments, the Indian Premier League is the most famous. Since it’s inception since 2008, IPL has had the most number of followers. 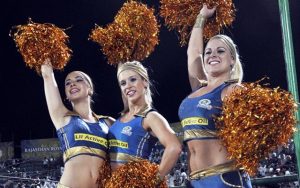 Despite all the entertainment that the IPL has given over the years, none of us can disregard the other side of the coin. Out of the many downgraded features, there have been some shocking revelations by the cheerleaders which have clearly affected the league’s reputation. In this article, we bring to you a list of such revelation out forth by the cheer leaders.

May of the cheerleaders accused the IPL governing council to be racist. It is because almost everyone selected for this job is white women.

To deal with the pressure of the game, many players like to party hard. In those parties, many of the players indulge into drinking and smoking. 2011, cheerleader Gabriella Pasqualotto raised her concerns over the flirtatious after parties. She had spoken out against all the parties that were going on through her blog.

Many people believe that the cheerleaders enjoy hefty amounts of money from their work. However, in reality it is a bitter truth that they only get a small amount of money for their hard work.

The least round of discussion in IPL is on the issue of women’s safety. Many cheerleaders often talk about the exploitation while they dance. They have complained about the issue for several times yet no measure was taken against it. 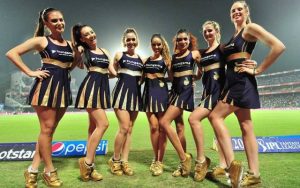