MS Dhoni is one one of the calmest souls that one can ever encounter on a cricket field. The Indian wicket-keeper is never keen on showing his emotions on the field. Even as a leader on the field, Dhoni was calm as a cucumber in leading his troops with dignity.

However, there have been a few moments when even a calm Dhoni was seen getting furious on the field. It was either due to a player not adhering to his instructions from behind the wicket or a misfield that must have left him petrified with the fielder.

Here’s a look at 5 moments when Dhoni lost his cool:

In the Durban Test against South Africa in 2006, MS Dhoni sledged the SA lower-order batters while India was in a commanding position in the Test match. Dhoni commented on Andre Nel’s height and build when he said, ‘Come on guys, let’s bring the Eiffel Tower down’. The wicket-keeper batsman even had a few words to say for Ntini, who was the next man in. The Proteas were dismissed cheaply and were bundled out for 84 in their first innings.

3. Dhoni is upset with Manish Pandey 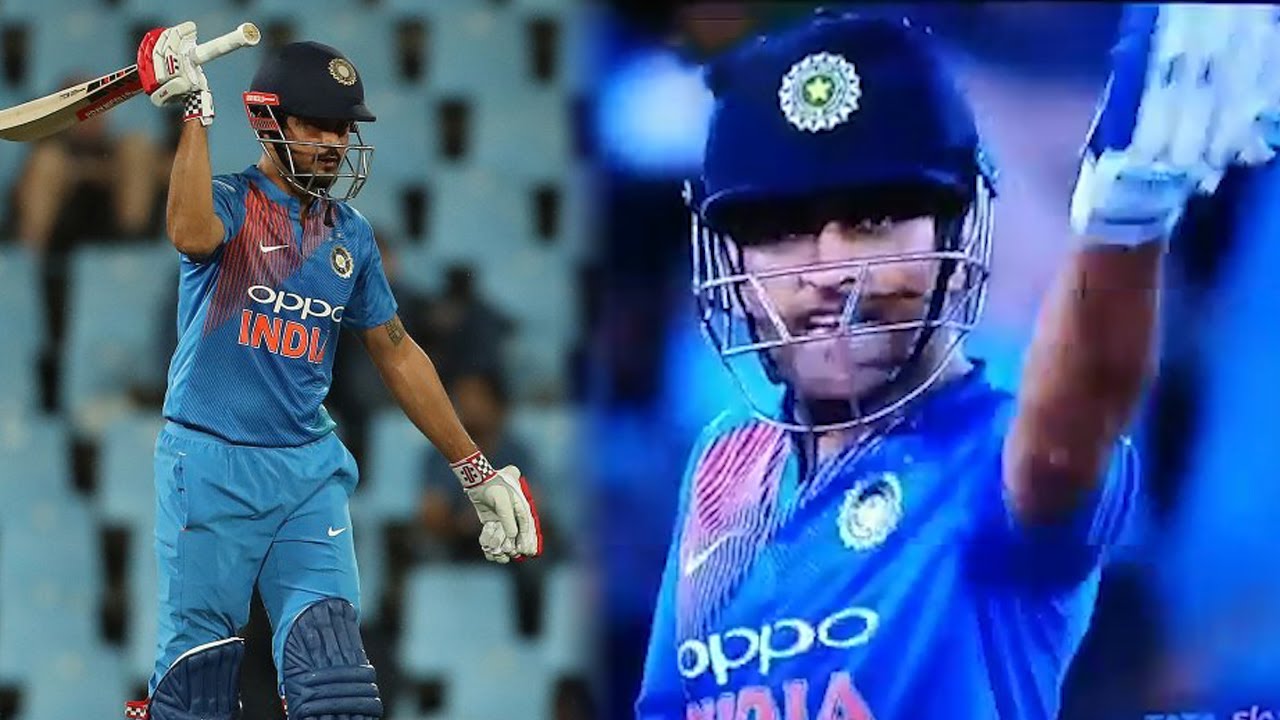 Dhoni is someone who’s very keen on running between the wickets. He loves to convert singles into doubles in adding more pressure to the opposition. In one of such T20I encounters between India and South Africa, Dhoni was upset with Manish, who was not listening over his calls for running between the wicket. As a result, Dhoni was caught saying, ‘Bhootni ke idhar dekh le’ asking Pandey to listen to his calls for singles and doubles.

4. Dhoni sledges a commentator from the field In one of the IPL games in season 10, Manoj Tiwary was talking to Kevin Pietersen in the commentary box while he was on earphone during the on-filed action. This is when Tiwary walked up to Dhoni to mention about Pietersen claims of him being a better golfer than Dhoni. However, the wicket-keeper batsman replied with a swagger saying, ‘You are still my first Test wicket’.

In one of the Test matches between India and New Zealand, Ravindra Jadeja and MS Dhoni were heard on stump mic chatting about the field position. Jadeja, who was asking for a fielder at a particular position, was reminded by his skipper of Cheteshwar Pujara who was already placed at that position for a similar shot. Dhoni said, ‘Udhar Taali bajane ke liye nahi rakha hai’ mentioning that he already has a fielder at that same fielding spot.