Mia Khalifa is one of the most popular women on the internet. The 26-year-old Lebanese-American adult star needs no introduction today. She has worked for only three months in the adult industry but despite that, she made millions of fans all around the world with her videos.

Besides all this, Mia Khalifa features several tattoos on her body. While in most of the tattoos she has shown her love for the country, on the other hand, in others she has got herself inked with some deep meaning tattoos.


Here, we bring you details about the 13 tattoos Mia Khalifa has got inked on her body so far. Have a look:

Texas is the current residing place of Mia Khalifa. Mia got this tattoo done on June 12, 2016 at the backside area of her left ear.

‘Fork and Knife’ tattoo symbolizes those who value the finer things in life, however, Mia received a lot of backlash on social media after she flaunted this tattoo. She got this tattoo on her right hand’s middle finger.

Mia has tattooed three black outlined mini hearts on the inner side of her right-hand’s wrist.

Mia has got a red-colored arrow inked on her left arm’s wrist.

5. A Lebanese quote on her bicep:

Mia has got a Lebanese quote inked on the dorso-ventral side of her arm’s bicep. The quote reads: “Koullouna lil-watan, lil’oula lil-‘alam,”, which means  “All of us! For our Country, for our Flag and Glory!”  These are the opening lines of Lebanese national anthem.

Mia has got a tattoo called “bubba” inked on her right arm. The meaning of bubba is ‘brother’ in North America.

7. Lebanese Forces Cross On Her Wrist:

Mia Khalifa’s father is a Lebanese Forces supporter, she got this tattoo for him.

“Her father is a Lebanese Forces supporter, she says. She got the cross on her wrist two years ago, after the October 2012 Beirut bombing, in support of her father, “to show him, ‘I’m on your side.’”

Mia has got a red-colored castle with three stars above it inked on her right arm bicep.

Another quote on Mia’s body. She has got an Arabic quote inked on her right arm. 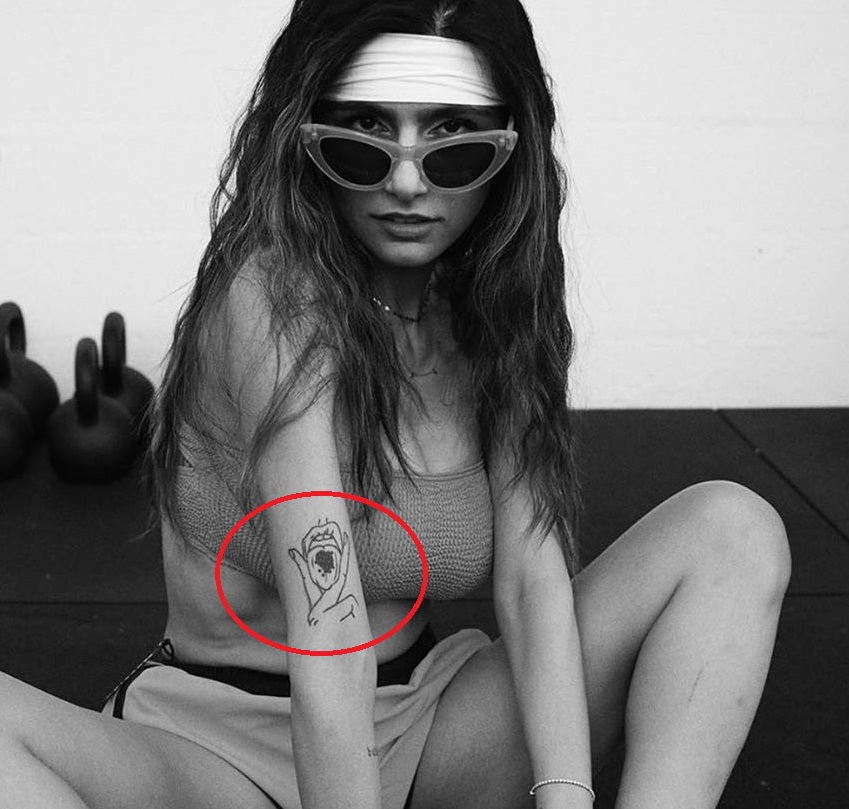 On her right arm, Mia has got a kinky tattoo, which shows the woman’s mouth and lips twirling right between two fingers. 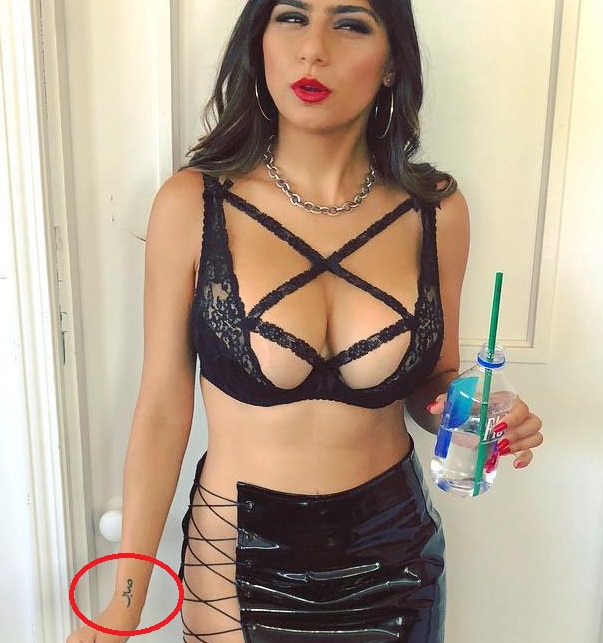 11. Pistol on her right ribcage: 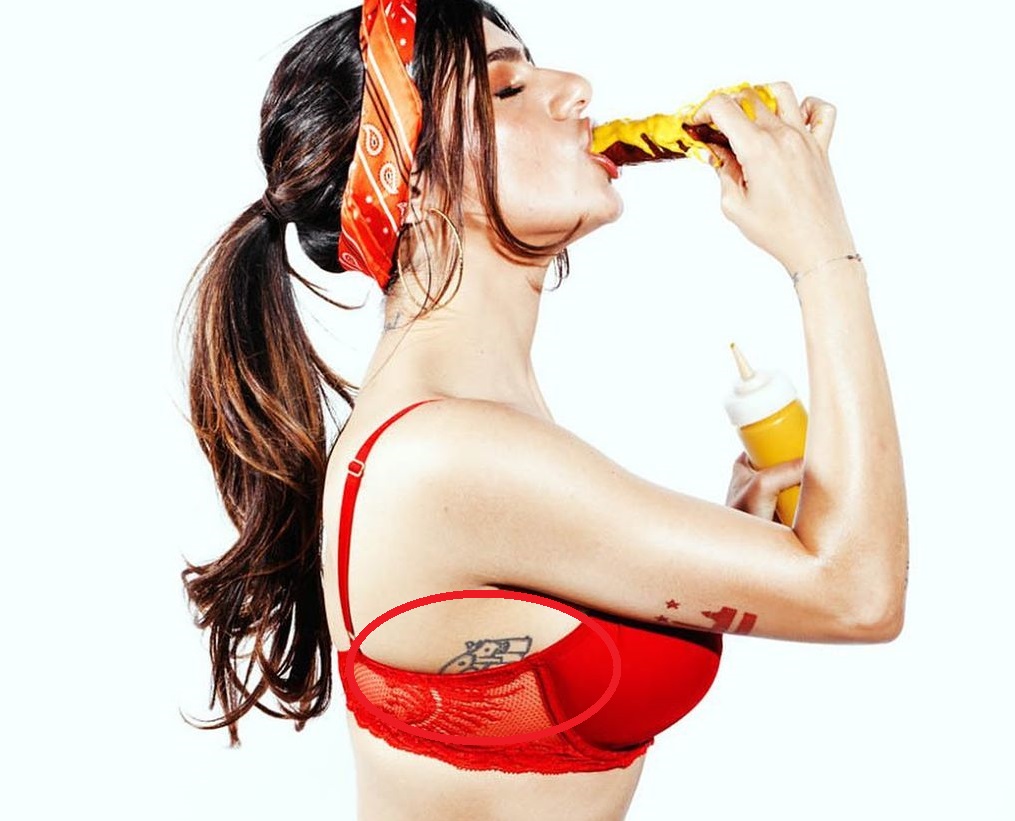 The upper side of Mia Khalifa’s right rib-cage features a tattoo of a Flint Pistol inked on it. While some people consider this symbol of military service, on the other hand, others consider it as a symbol of security, protection, and honor.

12. Batman symbol on her ribcage: 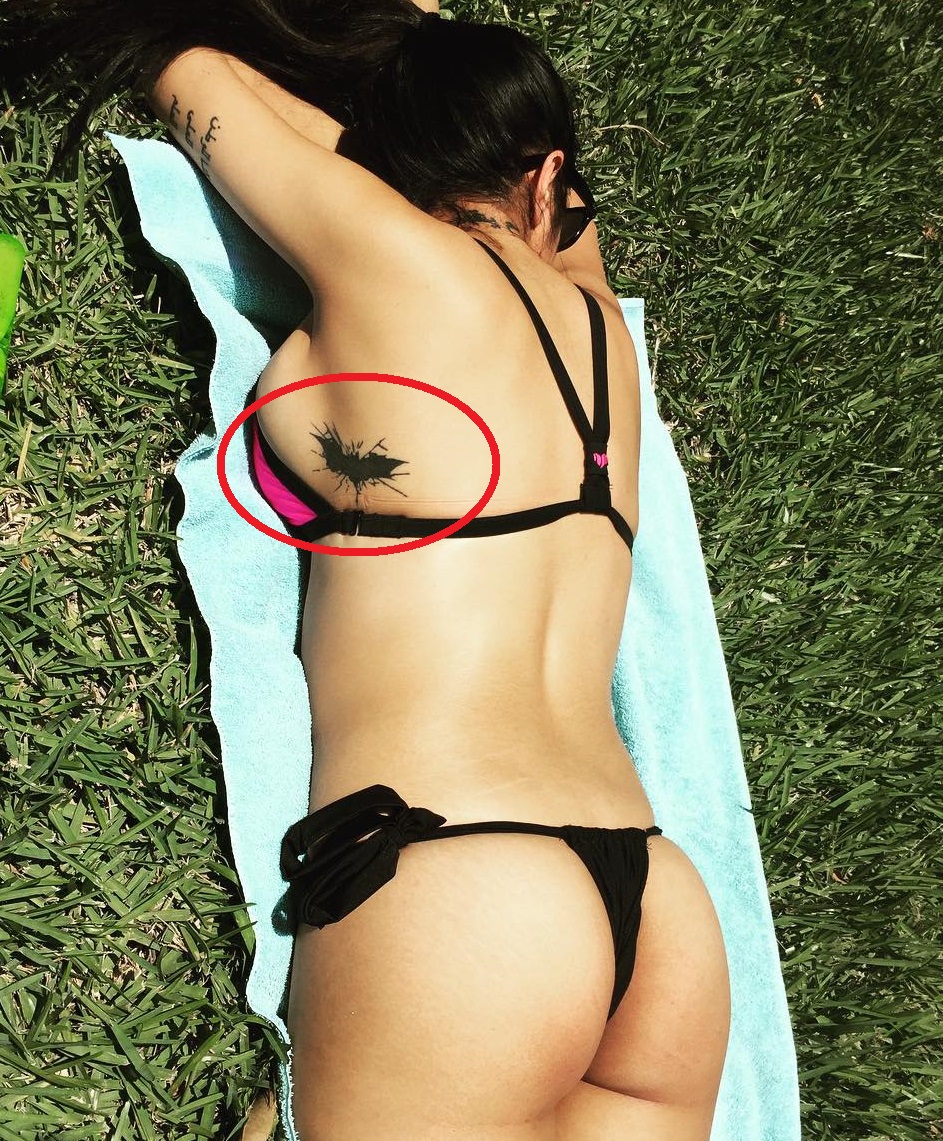 Mia has got a Batman tattoo in black shade inked on her left ribcage.

Debalina Chakraborty - July 24, 2020 0
The debates and teas have been endless since the suicidal death of Sushant Singh Rajput unfolded the brutal tendencies of the Bollywood bigwigs. Its been...

admin - December 26, 2019 0
On Thursday, many parts of the country witnessed the last solar eclipse of the decade. As the country became a part of this natural...

10 Replies By Virender Sehwag That Prove He Is The King Of Wit And...

Unnati Madan - July 12, 2020 0
Besides being regarded as one of the greatest cricketers to have ever played for team India, Virender Sehwag is loved for his hilarious sense...

Abhishek - September 21, 2020 0
Anurag Kashyap’s lawyer has released a statement saying that the Bollywood director is in a lot of pain because of the false accusations labeled...

Shinjinee Sarkar - November 23, 2020 0
The beautiful Bollywood goddess has always managed to stay in the headlines since her debut with the 2013 hit comedy-drama ‘Chashme Baddoor’. Before...