Arjun Kapoor and Parineeti Chopra appeared together in their Bollywood debut Ishaqzaade in 2012. The. Ishaqzaade was a success at the box office and also received many positive reviews and praises. The duo has given another love story, Namaste England under Vipul Shah’s direction after six years of their first film.

Now, if you follow this adorable duo social accounts, you must notice that Arjun Kapur shared very sweet chemistry with Pari as they seem to pull each other’s leg over social media platform.
In fact, Arjun’s grandmother is very much fond of this very talented beauty and she wants her grandson to get married to Parineeti Chopra.

In one of the Arjun Kapoor’s Instagram post, he shared a picture featuring his co-actor of Ishaaqzaade in it. The actor was seen wearing a black t-shirt with KEKE written design on the chest in it.  The Half Girlfriend actor posts the image with a sporty caption mentioning the viral KIKI Challenge though he was not seen dancing beside a running car or vehicle in it. Arjun asked the Kesari actress whether she loves him. 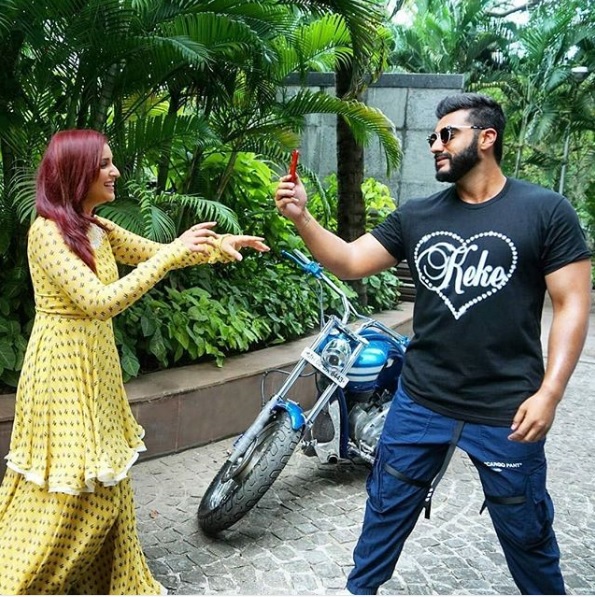 In response to this caption, Parineeti replied, “Oho no dates. I love my hair colour 😎”

The Meri Pyaari Bindu star also shared a frozen moment with Arjun Kapoor in her Instagram account and wrote, “LIFELONG FRIENDSHIP CONTRACT, clause no.19 – He shall come and spoil all my good pictures and I shall happily let him do so 😜❤” 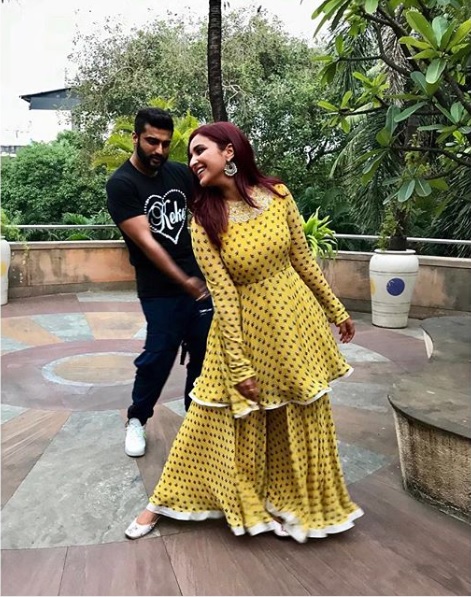 However, Parineeti Chopra and Arjun Kapoor will soon be seen in their upcoming black comedy flick ‘Sandeep Aur Pinky Faraar’ under Dibakar Banerjee’s directorial. The trailer of this movie released on YouTube on 4th March 2020 as it was scheduled to release on 20th March 2020 but due to the coronavirus outbreak, the release date and promotional works of the film were announced indefinitely postponed like many other Bollywood projects.