by Rohit Ganguly
in Listicles
0

There was a famous show that used to be aired on Discovery and was hosted by Ron Pitts which was called “Destroyed in seconds”. This show used to display videos of infamous accidents and catastrophes that were captured on camera.

In this thrilling or tragic story, we will be looking at moments that were clicked just before the disaster unfolded in gigantic proportions. 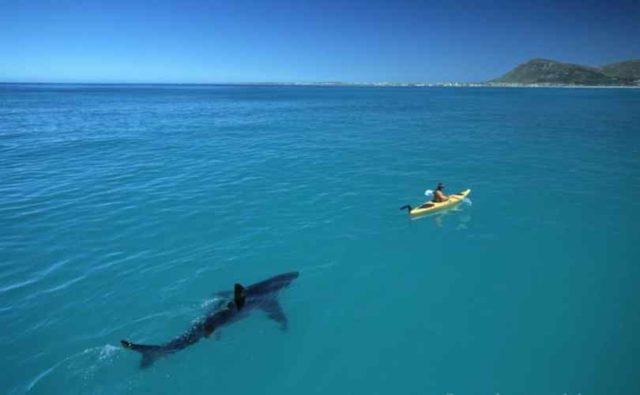 Photographer Tom Peschak managed to click this moment that he was so eagerly waiting for when the whale was spotted chasing researcher trey Snow’s kayak. 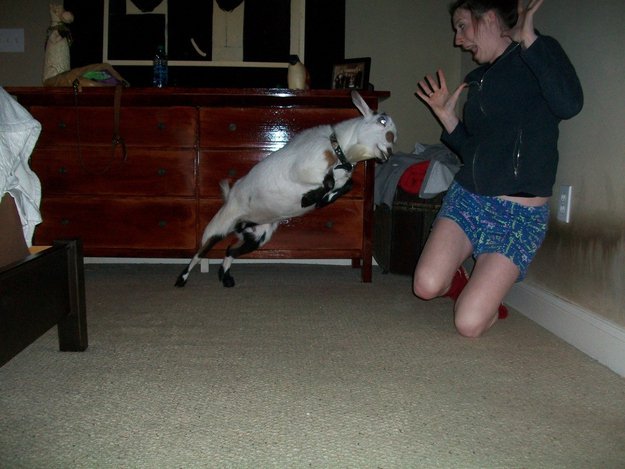 Unfortunately for this woman, the goat speared straight into her and the click was time perfectly to display all the emotions of the upcoming cataclysm. 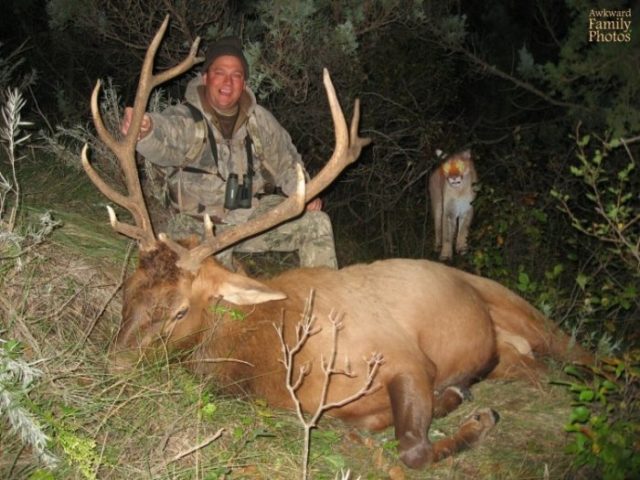 As the hunter is posing with his massive kill of the deer, it is being silently followed by a mountain lioness who is all set to pounce on her meal. 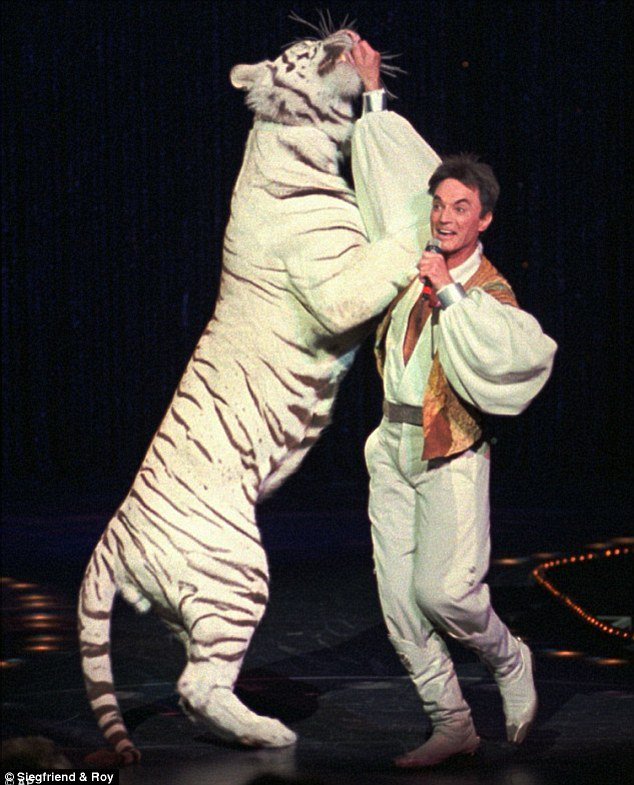 After Roy Horn being mauled by one of the tigers was left paralyzed, Siegfried and Roy discontinued their iconic magic show. 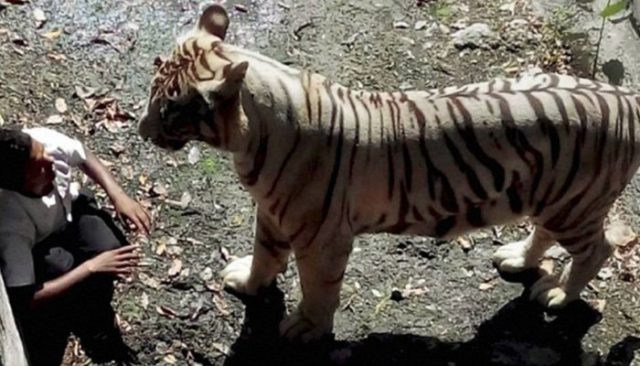 As the man in New Delhi wanted to come in close proximity with the white tiger, he started climbing the fence. He slipped, fell and the tiger dragged him to hell. 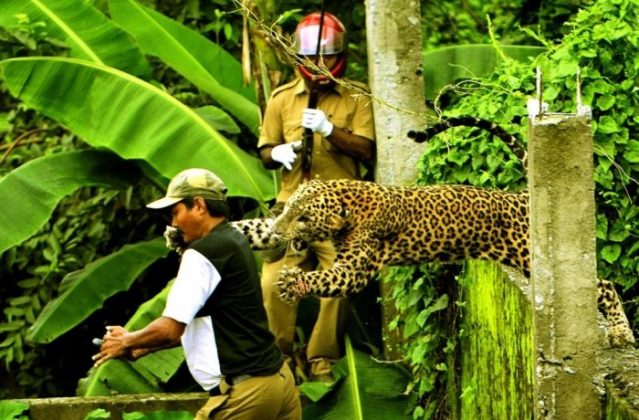 A leopard escaped the bar of the Mahananda Wildlife sanctuary and it was later tracked down by the forestry department.  In this snap, the leopard is attacking a forest warden who was safe but the leopard had to be killed and it was done by the man taking the shot. 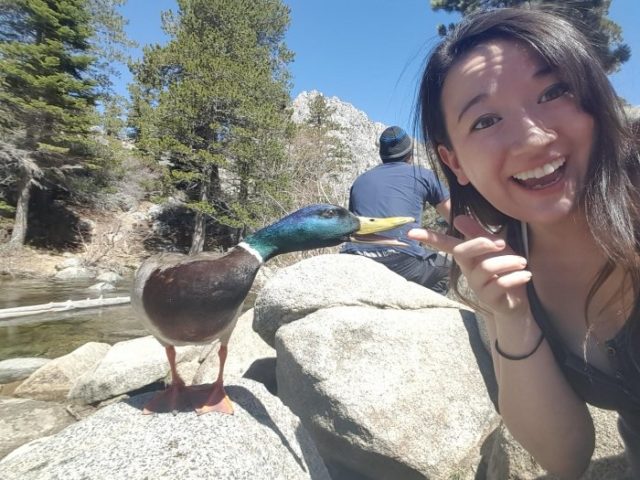 This woman wanted to pose with a finger pointed towards the duck’s mouth and the latter found it a perfect fit to be between its lips. 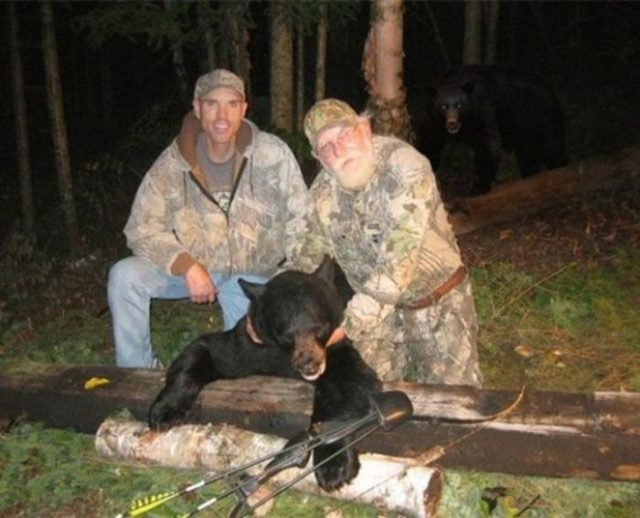 As this hunting duo was posing with the hunted black-bear as a trophy, another bear was already lurking in the dark in its own pursuit of food. 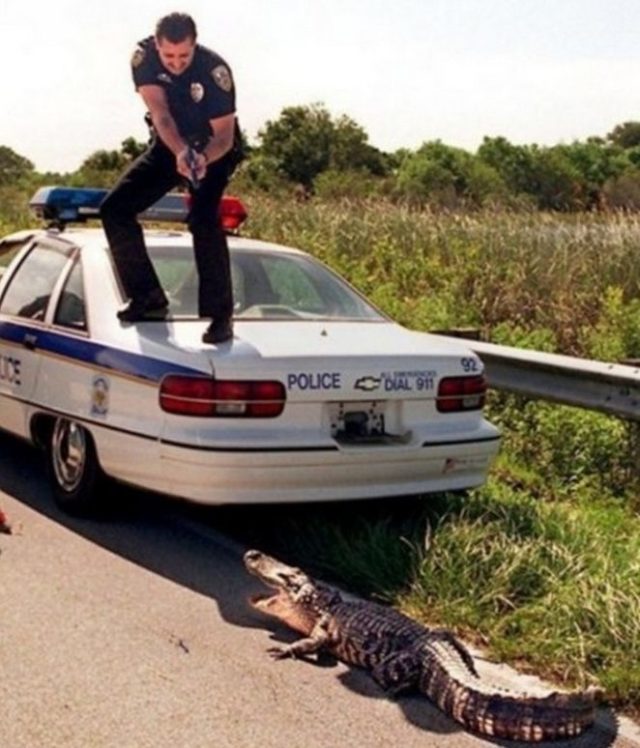 When you are driving by the bushes, you may encounter anything and at times, it can be a gator. This cop managed to wheel up to the top of the car before attempting a couple of shots at his predator. 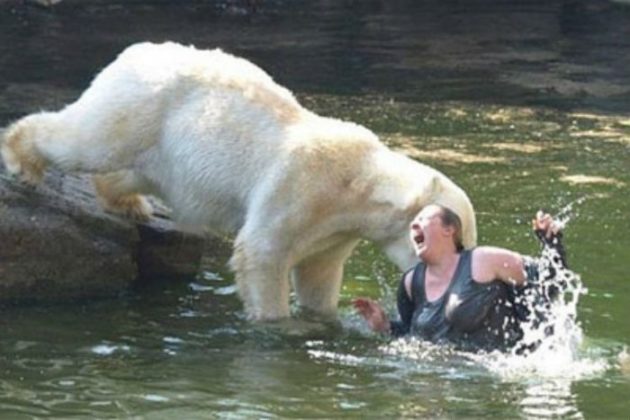 If you decide to leap in the face of a hungry polar bear, your expectations of survival are zero and mandy K simply validated the aforementioned line as her leap in the Bear enclosure in 2009 resulted in her death. 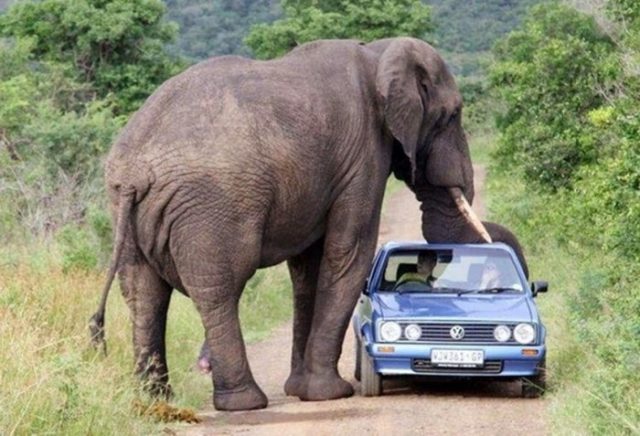 As the elephant decided to rest its trunk on this vehicle, the riders inside it were scared to their very death. 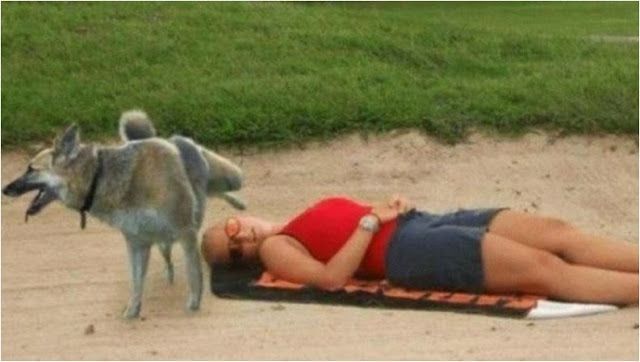 This woman just wanted to sunbathe and her perfect moment was about to be spoiled by the dog who was aiming straight for her face. 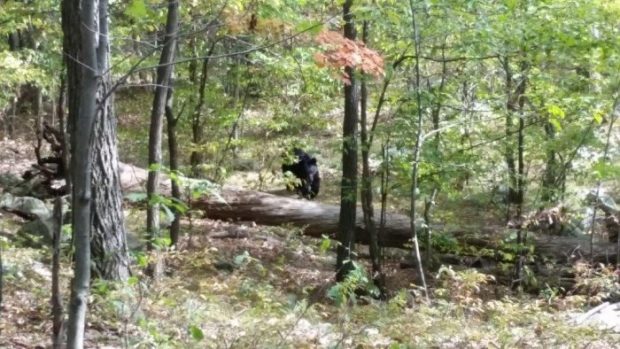 The bear in this picture eventually managed to kill all the hikers who were behind the lens. 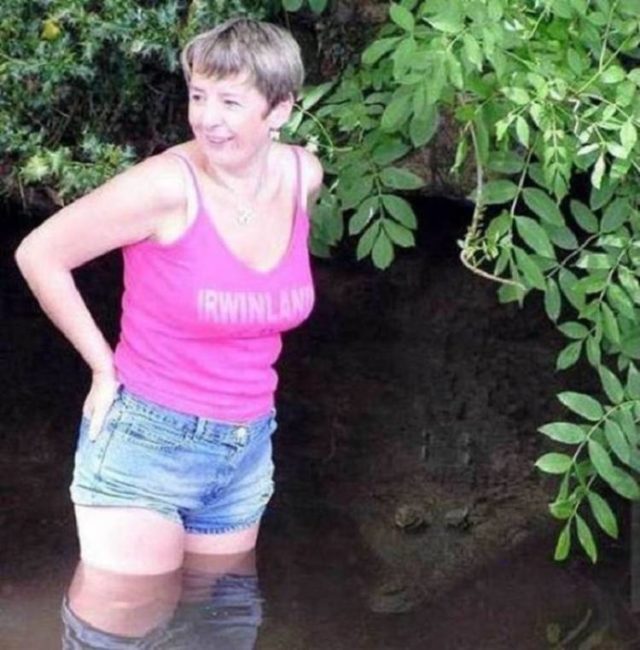 One of the major reasons why this woman should not have posed there is because of the lurking crocodile in the background. 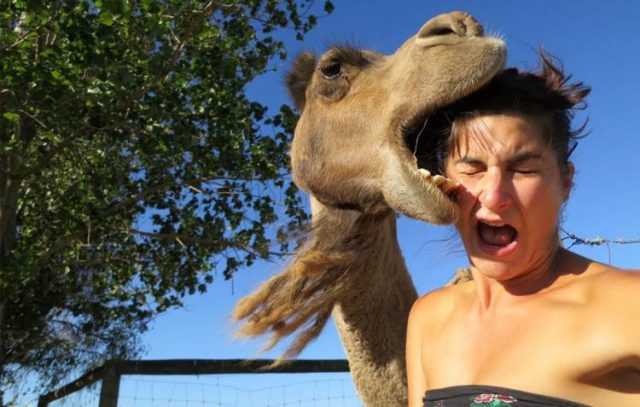 This camel got so frustrated by the constant visages of the tourists that decided to taste one’s face so that others remained away. 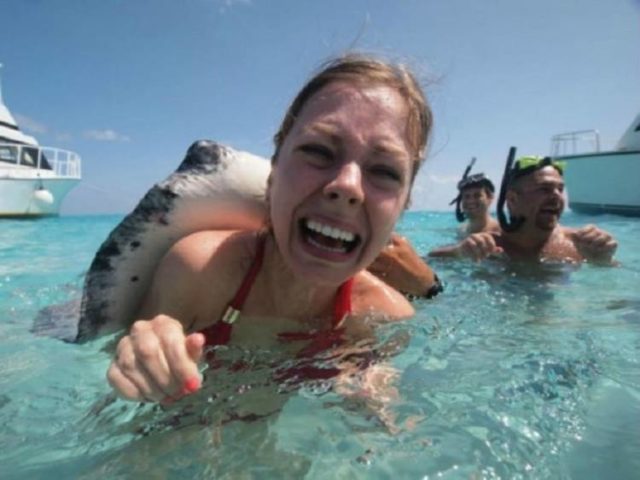 The husband left a stingray on the back of the woman and she is quite obviously terrorized. 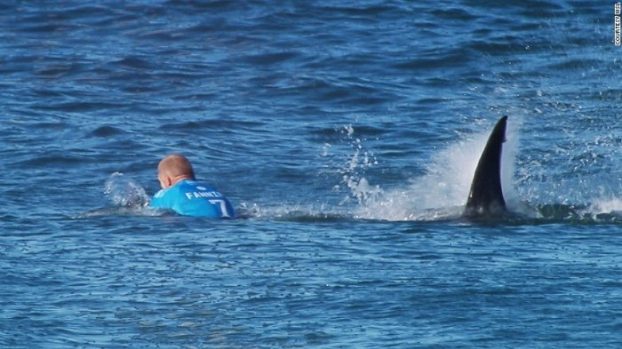 Surfer Mick Fanning was fortunate enough to parry the famished jaws of a massive shark that trailed behind him and eventually ripped his surfing board to smithereens. 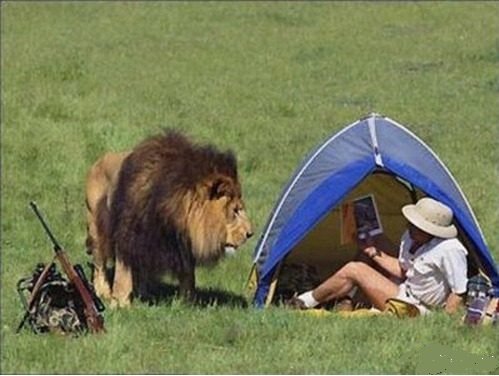 This picture was a staged click by a professional animal trainer, Charlie Sammut, and his trained lion, Josef for Davis and Lynn photography. 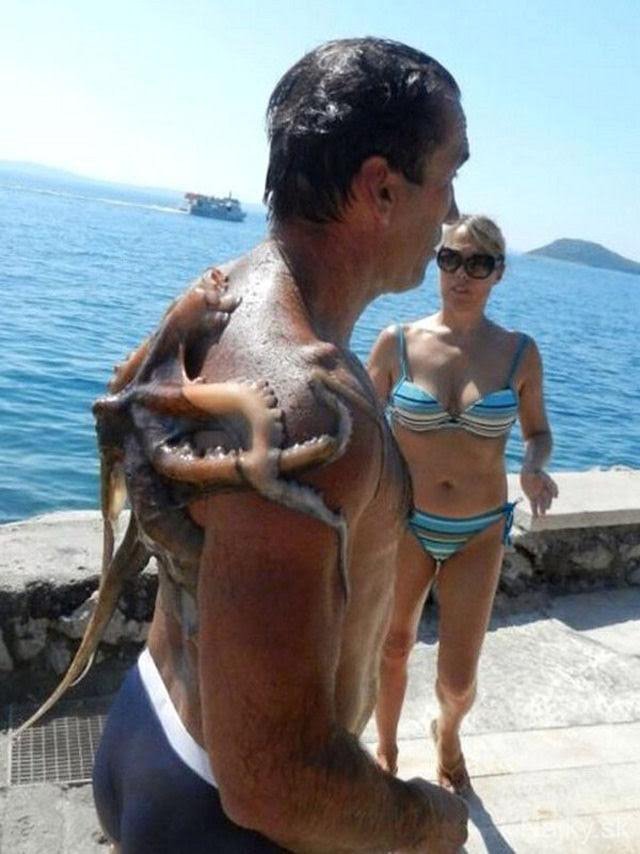 As Australia houses the menacing blue-ringed octopus, this man must have had his heart in his mouth for a while. 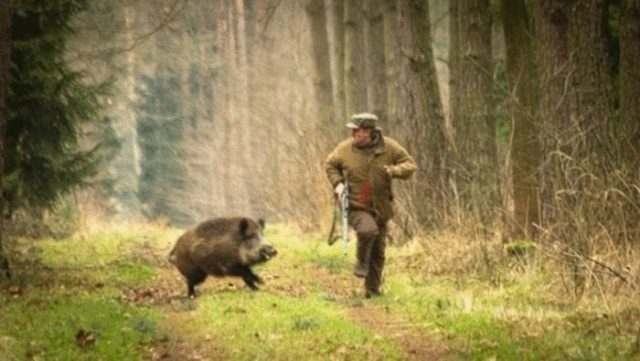 As the chase between this wild pig and the hunter ensues, let’s get a bucket of popcorn and place a few bets.