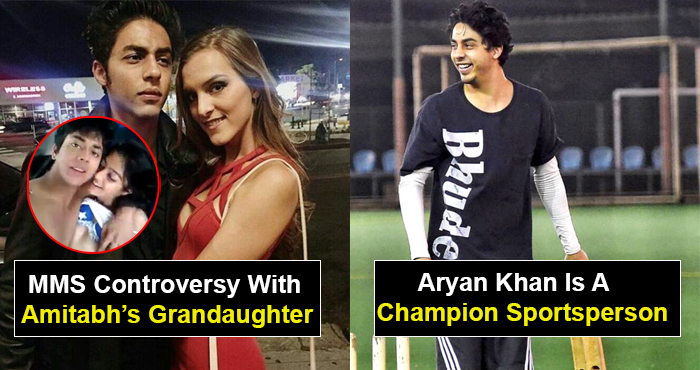 Being a star-kid is never easy, especially in today’s world where people believe that star-kids have it very easy in life and they get everything that they ask for. As a result, people have started slamming them, citing the fact that they have not known struggles like others.

Unfortunately, life is a lot more challenging for them as they always stay in the limelight as there is nothing called privacy for them. Everywhere they go, everything they do and everything they don’t, this comes with a spate of accusations from people who are always getting offended by something or the other.

In today’s story, we are going to look at Aryan Khan, the son of Shahrukh Khan, who had countless rumours next to his name but he is standing tall amidst all the pandemonium.

Although we are still anticipating junior Khan’s debut in Bollywood, he has already made his footfall in Bollywood at a very early age. In Karan Johar’sKabhi Khusi Kabhi Gham’, Aryan Khan was cast as a kid.

He played the role of younger Rahul in KKKG ad then Shahrukh took it over from him as Rahul grew up.

It is said that Aryan Khan is all said to make his big Bollywood debut as producer and director, Karan Johar will be casting Aryan opposite Khushi Kapoor, the younger daughter of Bonney Kapoor and the late Sridevi. 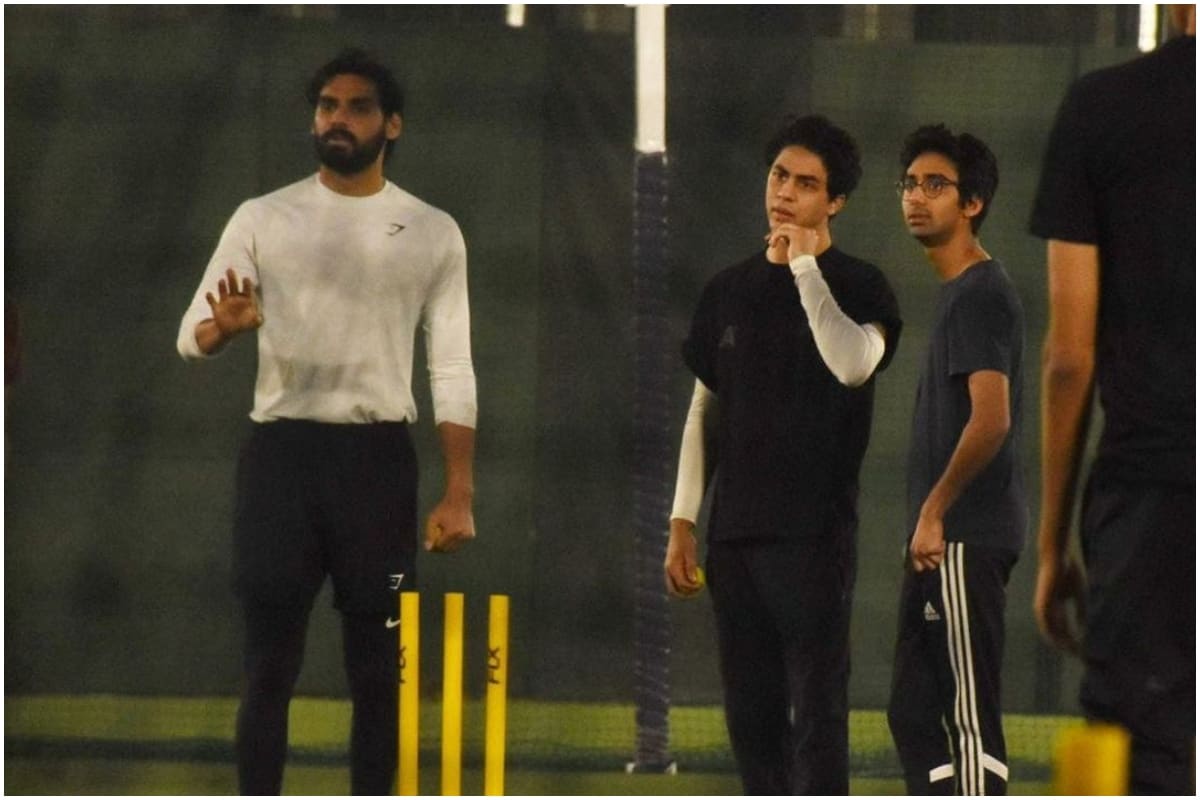 Aryan Khan is more interested in film-making rather than being in front of the lens. Taking a film-making and writing course at the South California University, he is silently prepping himself to be launched as the man calling the shots. 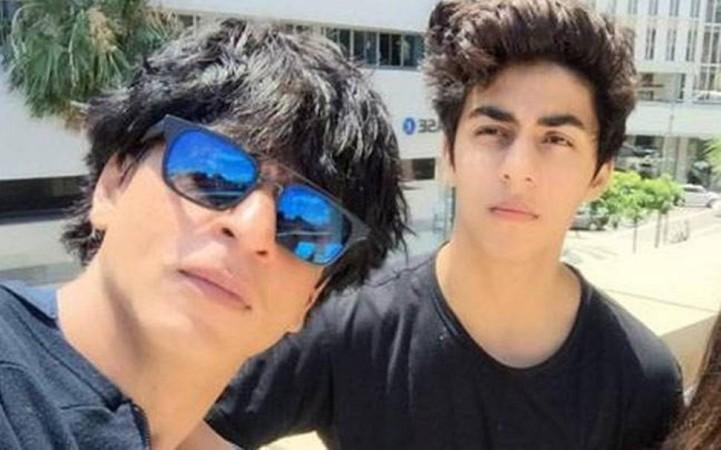 Aryan Khan loves to build his own legacy and gets offended whenever someone talks to him on the professional front and mentions the help of his father. He wants to build an own world where he himself will be the emperor. 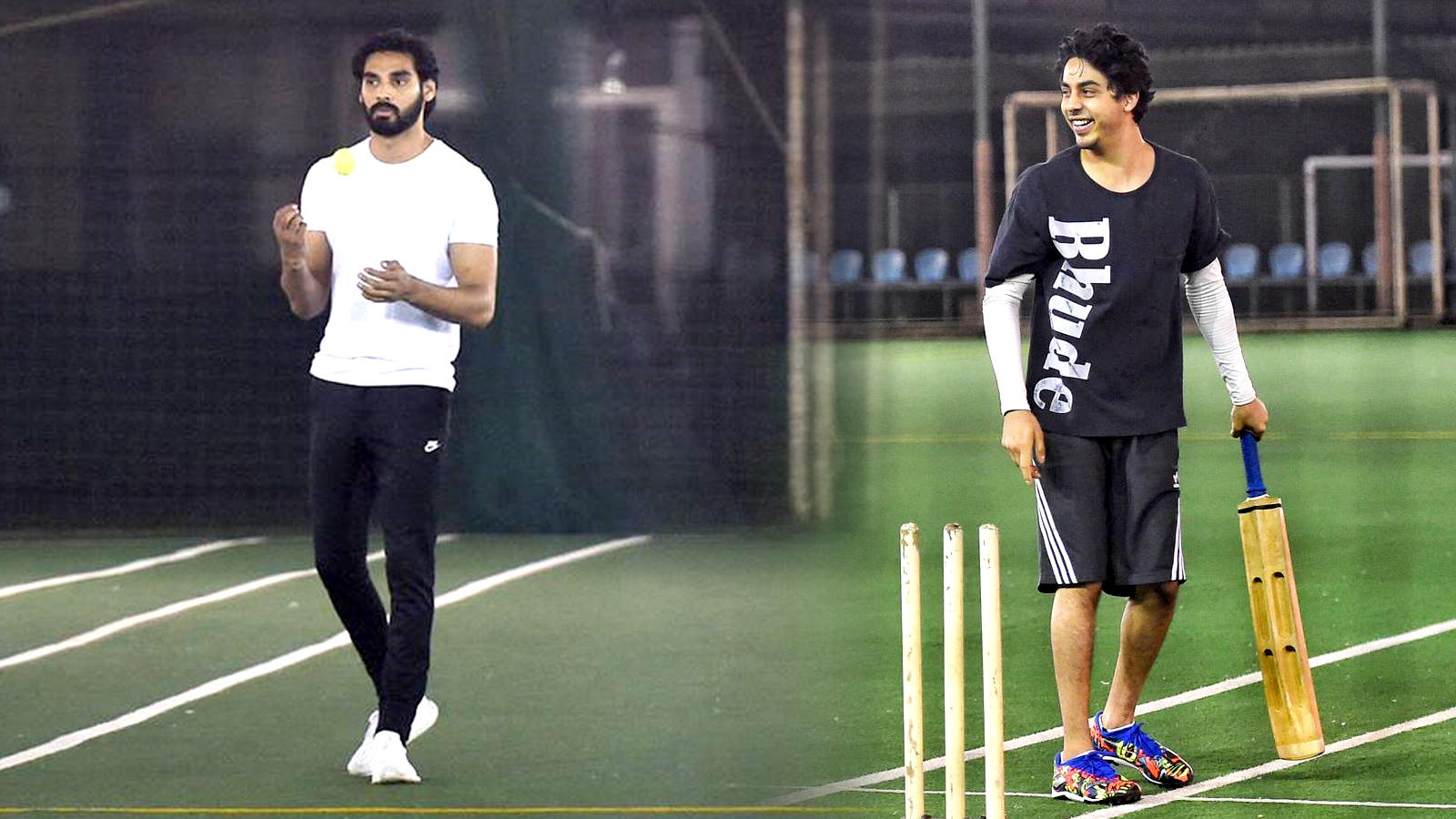 Aryan is an ardent sports enthusiast. He went on to win the gold medal in Taekwondo in 2010 which was held at Maharashtra. He also has a black belt in the same discipline. 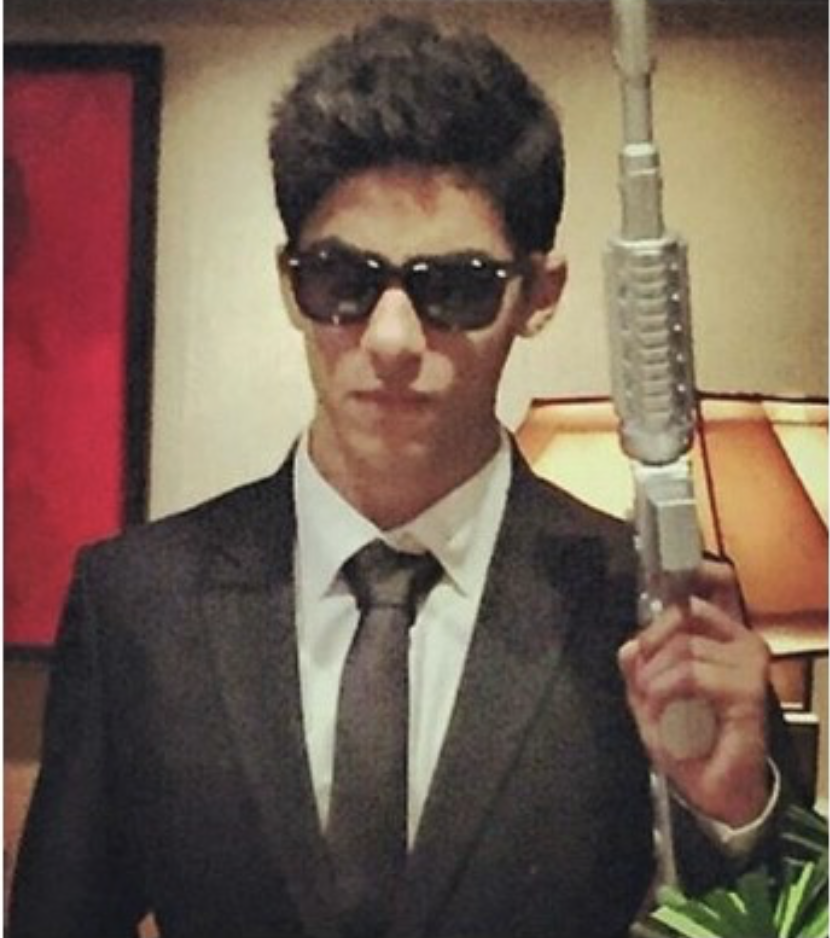 Aryan Khan also has a remarkable voice apart from his amazing physique. In 2004, for the movie called ‘Hum Lajawaab Hain’ he dubbed the dialogue for Tez’s character and won an award as the best child dubbing artist. 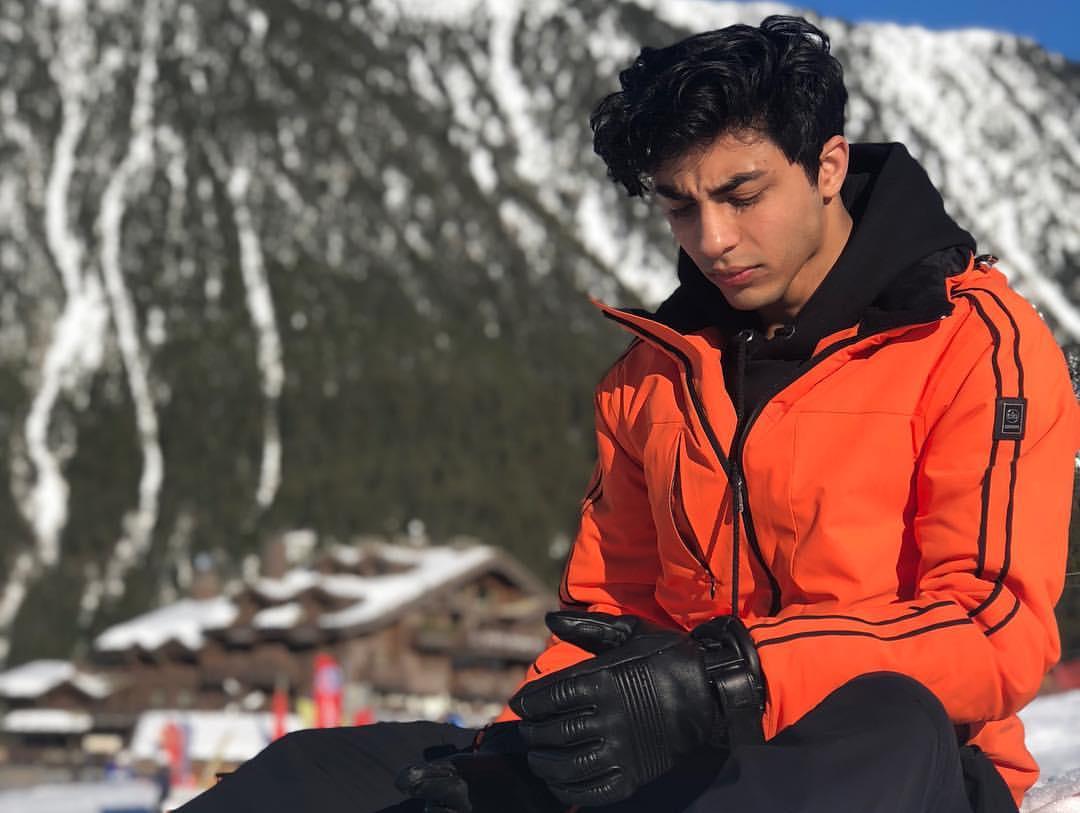 After travelling in a car, he suffers from motion-sickness that makes him shy away from the paparazzi and the glitz. 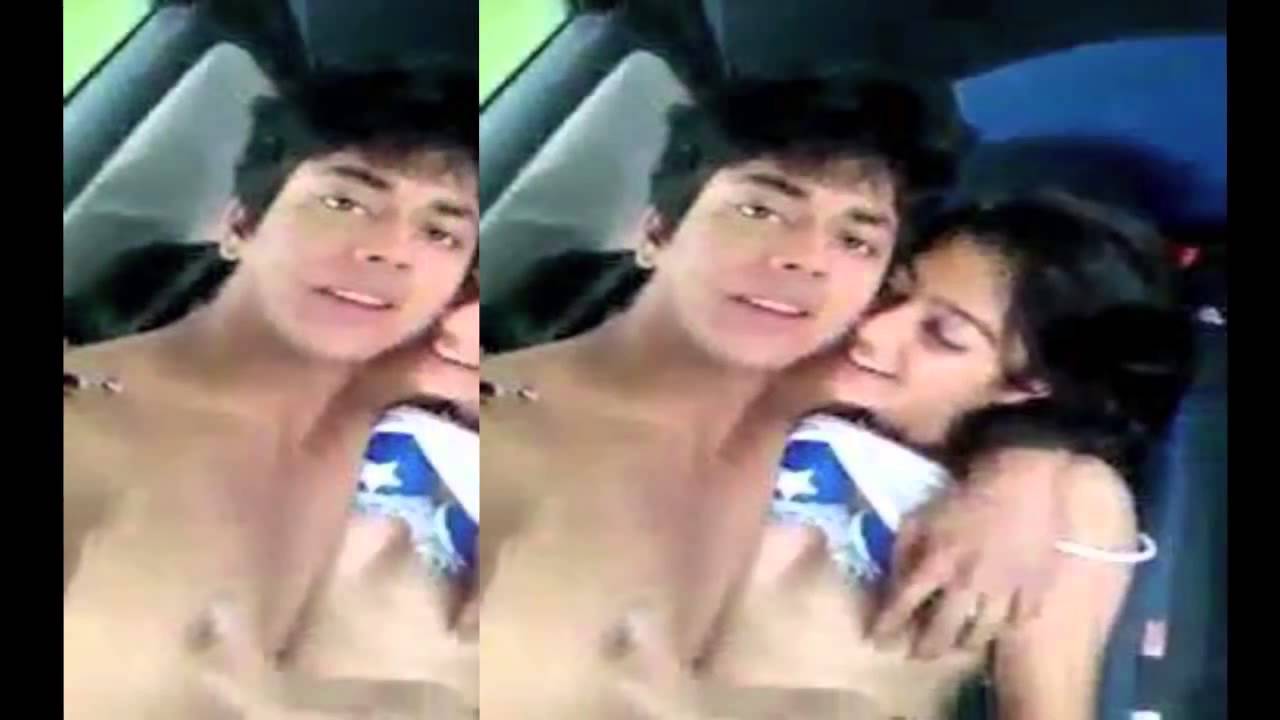 A video of Aryan Khan with Navya Naveli, the granddaughter of Amitabh Bachchan surfaced which sparked helluva controversy. Later it was found that it was a doctored video where the two individuals looked close to the stars. 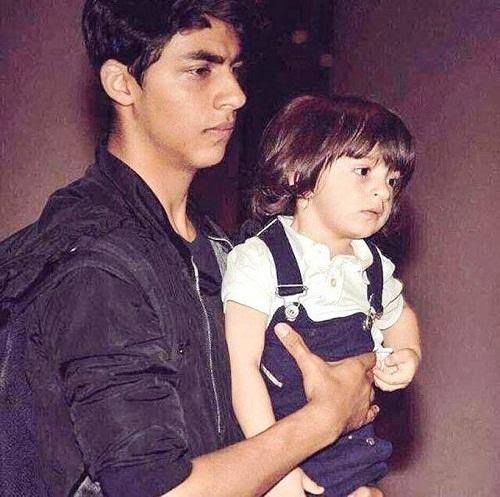 When it was reported that SRK’s youngest son Abram was actually Aryan’s love child, another controversy ripped the family apart. It stated that Abram was born to a surrogate mother but the media claimed that it was the lovechild of Aryan and his Romanian girlfriend. SRK slammed all these rumours and went all guns blazing at the media. 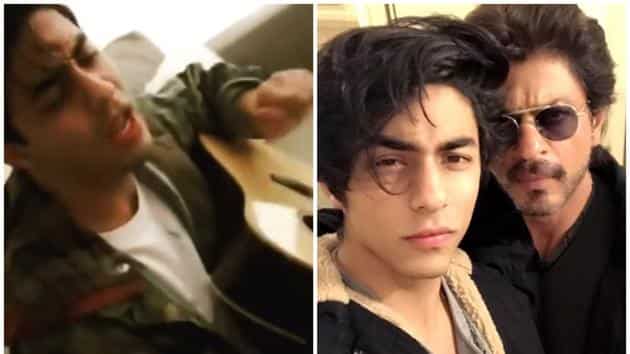 Aryan Khan was a part of Kabhi Alvida Naa Kehna where he scored the final goal in the soccer match. Unfortunately, in the final cut of the movie, the scene got trimmed.