Jasprit Bumrah is hailed as one of the most talented bowlers around the world right now. All thanks to his iconic bowling action and performances, the cricketer has successfully cemented his place in the Indian squad. While he is loved by his fans for whatever he does on-field, he was once mercilessly trolled by his fans on social media because of his ‘underwear’.

Yes, you read that right. Here, in this article, we will give you a little throwback of the time to bring you a case where India’s sensational bowler was trolled because of his ‘underwear’. It all started after Jasprit Bumrah took to his social media and shared a picture of himself with the Indian skipper from the pool party.

Both the cricketers looked really handsome as they were seen flaunting their fit bodies. However, the image grabbed the attention on social media for all the wrong reasons. India’s talented pacer was wearing black translucent underwear and fans were quick to spot it. The fans thought that Bumrah’s private parts were visible because of his underwear and in no time the image was all over the internet with fans trolling the pacer left, right, and center.

Jasprit Bumrah was roasted by the fans on social media. While some people slammed the cricketer for his ‘indecent exposure’, on the other hand, several people had a good laugh at Bumrah’s expense.

After receiving a lot of backlash from the fans, Jasprit finally decided to hit back at the trolls. He took to his Instagram story and took a dig at his critics. He made it clear that the fans misunderstood his picture. He wrote:

“Fun fact: The understanding of lights and shadows isn’t common these days. Hope people recover from it soon,” 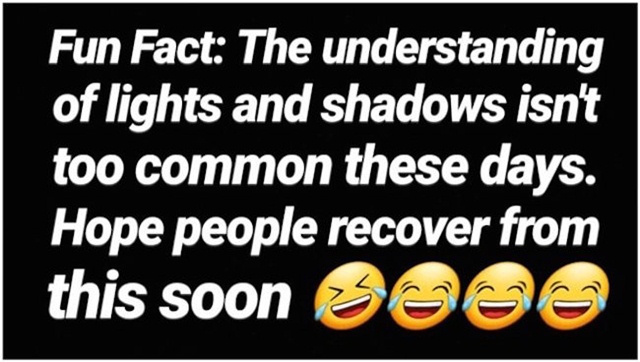