by Bishal Kalita
in Viral
0

This world is filled with varied bunch of people. These varied bunch have different perspectives, characteristics and talents. When it comes down to handwriting, the situation is the same. Every individual has their own kind of style and font, which they use while writing. 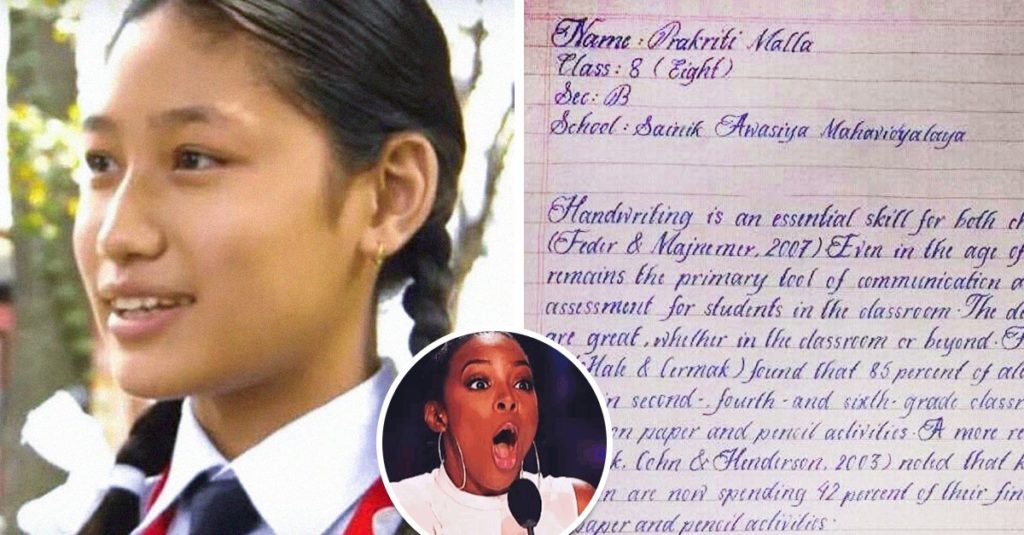 Beautiful handwritings bring a spark to eyes and often smitten people. A girl named Prakriti Malla who lives in Nepal is blessed with a perfect handwriting. Prakriti was not even aware that her handwriting was going viral over the internet.

This is the advantage of social media that people like her who possess incomparable talents, get the recognition they deserve. There is no denying the fact that good handwriting attracts the reader.

This is the handwriting of Nepalese Yr 8 student Prakriti Malla which was recognised as the most beautiful handwriting in the world #writing pic.twitter.com/l1LSwxhR3q

Prakriti posses the most beautiful handwriting, which attract people automatically. Her writing feels more like computer typed where the space between each letter is well calculated and equal. Her style is a new find of great calligraphy skills.

Prakriti won the title of Penmanship Competition which is a beautiful handwriting competition organized by government of Nepal. Moreover, her signature was also announced as the most beautiful signature of the country. Several reports state that she practices 2 hours everyday and keeps looking for an opportunity to enhance it more.

Another page written by Prakriti: 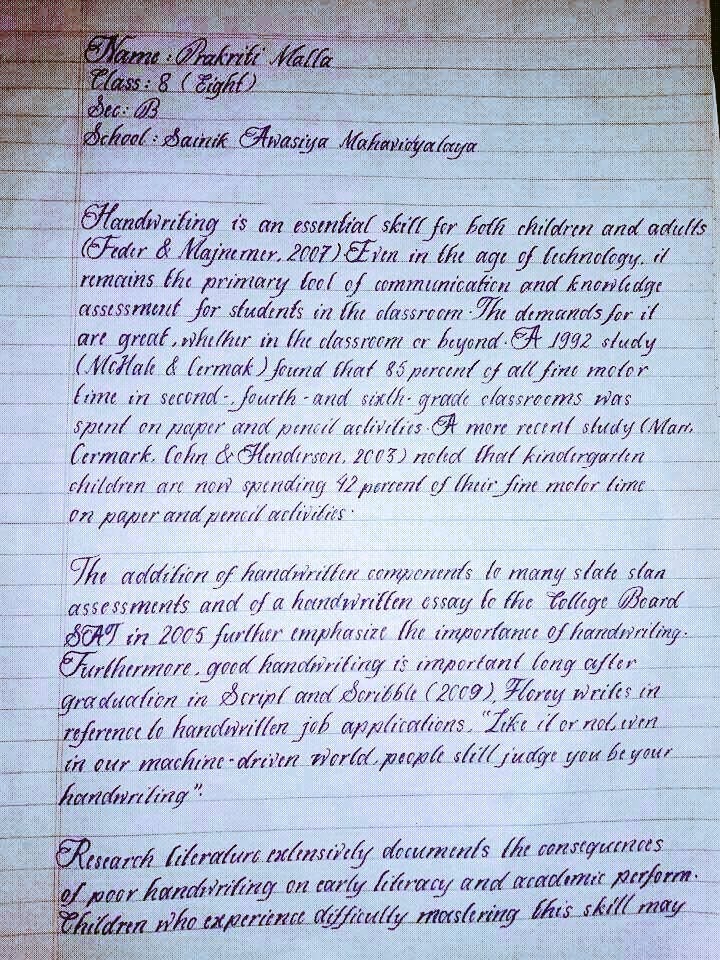 We hope that the doctors take some inspiration from her!