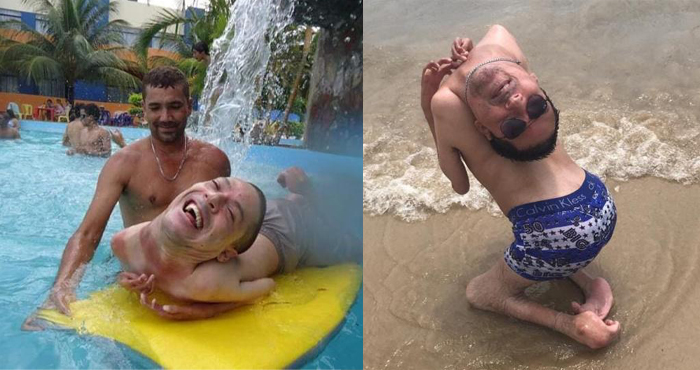 A Brazilian man, Claudio Vieira Olivier was born with a physical disability of a folded neck. Medical science claimed that the guy will not even live past 24 hours but Claudio has defied all the odds by surviving for 44 years now. He not only barely survives but is also an inspirational public speaker. This man made it to the news headlines during the Covid-19 pandemic. He dreams of reviving his career as a motivational speaker after one year of self isolation due to the pandemic.

The 44 year old Claudio suffers from a rare disability which is widely known as congenital arthrogryposis. The disability has also led to a muscular atrophy in his legs and arms stuck by his chest. That has left him disabled and stopped Claudio from leading a normal life. 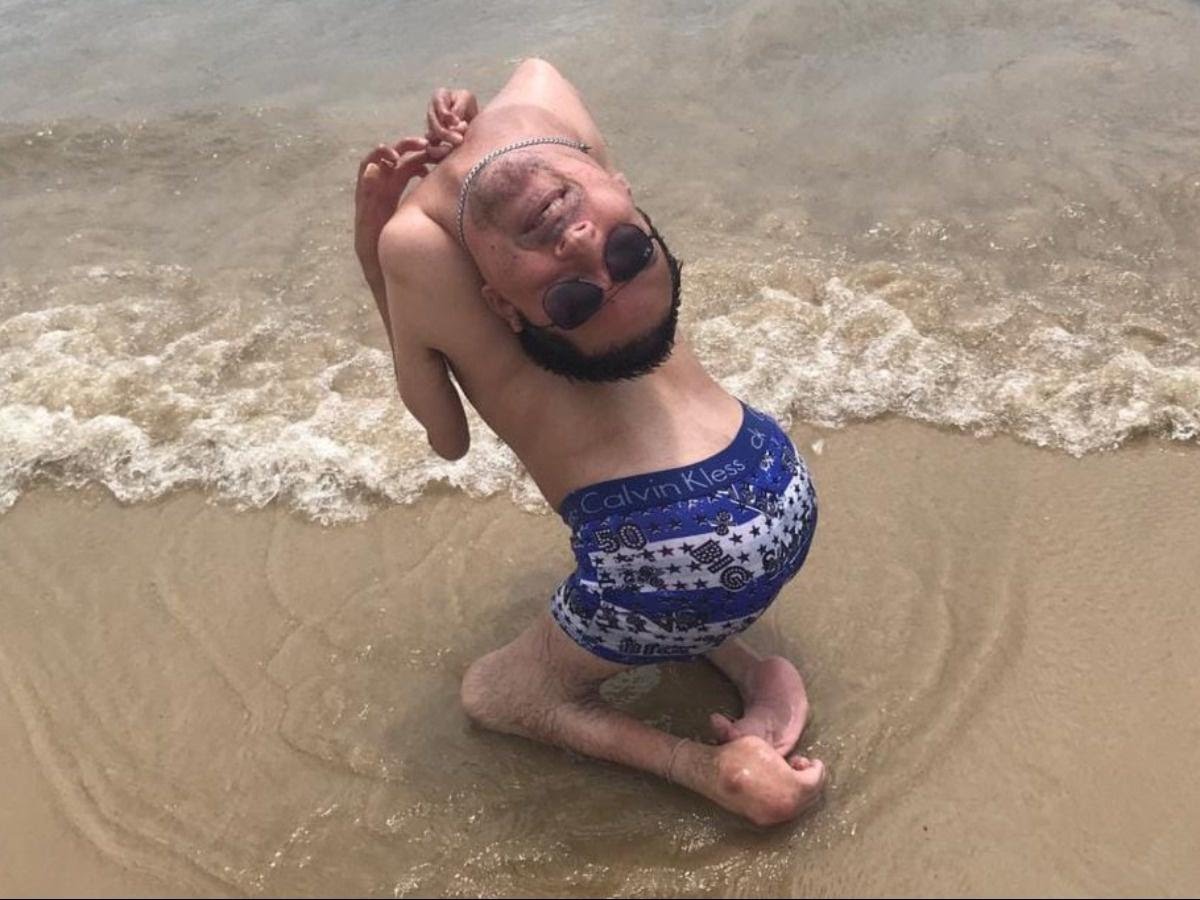 “I’ve never had (difficulties), my life is normal,” he told local news outlet G1. He further added, ““I’m in full-on quarantine because this COVID is very aggressive, it’s lethal, so we’re scared. Spare me, God, from this damned illness. I’m being over twice as careful, I’ve been isolating for over a year and I only leave the house to sort out things that only I can do, such as banking.”

Claudio turns out to be an ardent fighter, who never gave up on himself and his passion. He has never let his condition keep him at a vulnerable state than any of his counterparts. It has been almost 7 years now that he is walking on his knees. With time, he has also educated himself well. 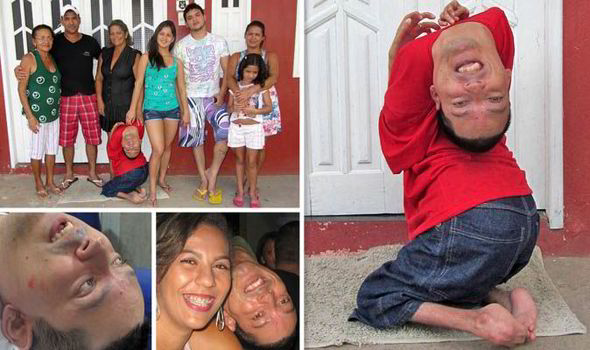 Despite his deformity, Claudio has no trouble in seeing, breathing, eating or drinking. Recently, he also has launched a DVD, an autobiography and has been giving motivational speeches since 2000. It is hence an undoubted fact that Claudio Vieira Olivier is a true inspiration and an accute fighter of his fate.