Anand Mahindra reacted to his portrait made by fan using Tamil letters. 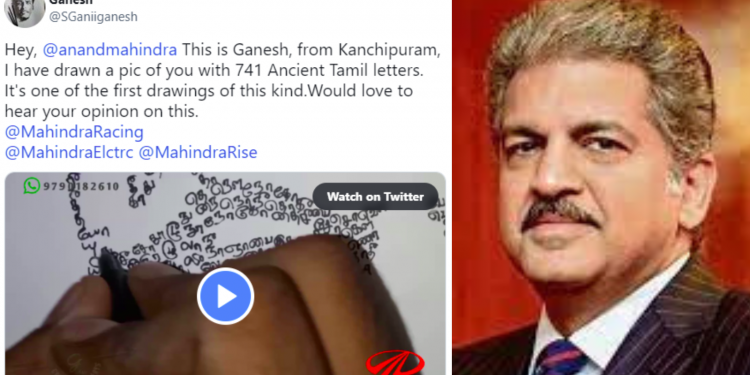 Anand Gopal Mahindra mostly known as Sir Anand Mahindra was born on May 1, 1955, in Mumbai. Harish Mahindra, his father was a businessman and  his mother, Indira Mahindra, was a housewife. Anuja Sharma and Radhika Nath are  siblings of 66 year old billionaire. His grandfather named Jagdish Chandra Mahindra, is the co-founder of Mahindra & Mahindra which is now a world renown corporation. 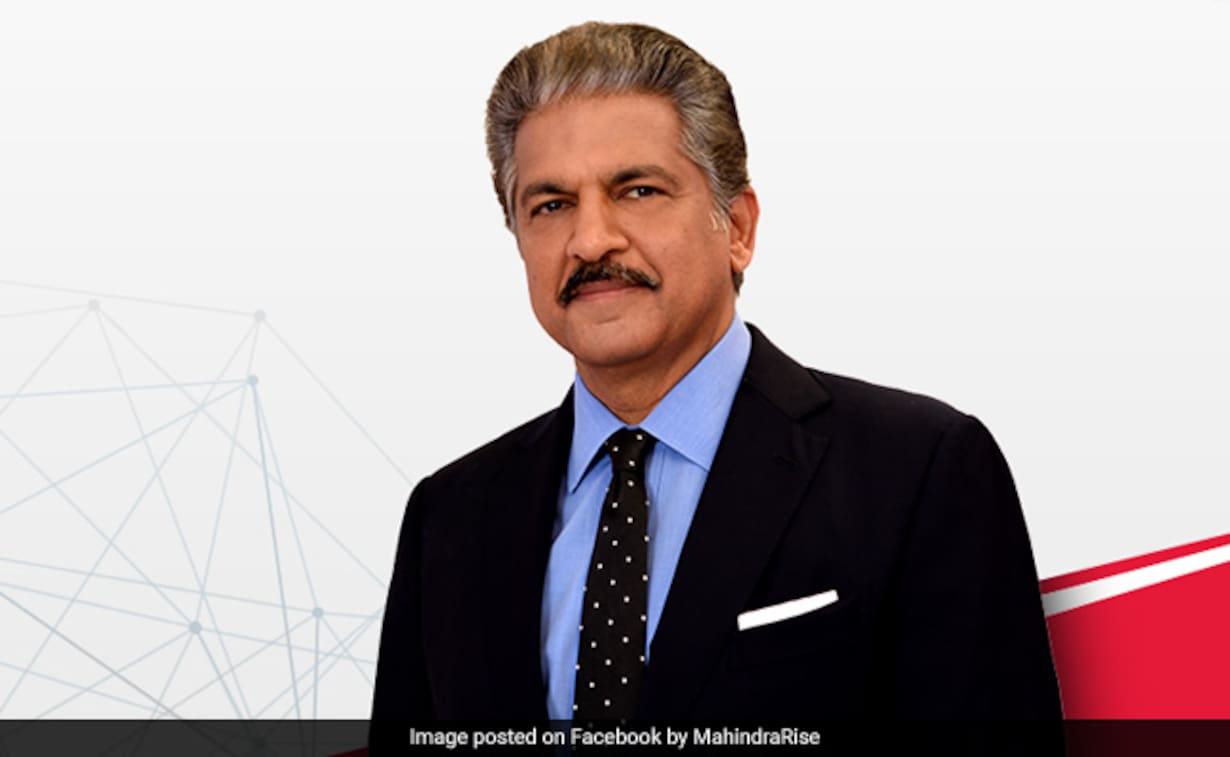 In 2014, Along With Mukesh Ambani and Mahesh Samat, sir mahindra co-founded EPIC, an Indian television channel. Later , Ambani and Samat sold their stakes to Anand Mahindra. With a total market valuation of US$19 billion, Mahindra Group is one of India’s top 10 biggest  enterprises. Anand Mahindra and his brother-in-law, athletics commentator Charu Sharma also  launched PRO KABADDI CHAMPIONSHIP in 2014. 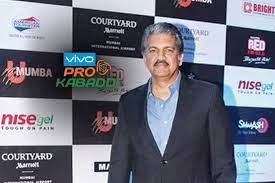 An Artist  from Kanchipuram has buzzed the internet with his mind blowing art work of entrepreneur sir Anand Mahindra’s face using archaic Tamil scripts. He posted a video of the painting on social media to which Anand Mahindra replied himself. In the video, the artist displayed his artwork using Tamil letters and characters.

“HEY, @ANANDMAHINDRA. THIS IS GANESH, FROM KANCHIPURAM, I HAVE DRAWN A PIC OF YOU WITH 741 ANCIENT TAMIL LETTERS. IT’S ONE OF THE FIRST DRAWINGS OF THIS KIND. WOULD LOVE TO HEAR YOUR OPINION ON THIS.”

Hey, @anandmahindra This is Ganesh, from Kanchipuram, I have drawn a pic of you with 741 Ancient Tamil letters. It's one of the first drawings of this kind.Would love to hear your opinion on this.@MahindraRacing@MahindraElctrc @MahindraRise pic.twitter.com/Of4C2nCbYB

Anand Mahindra appreciated the painter in a very long and humble tweet which was written in Tamil, and expressed his heartfelt desire to display the amazing artwork in his home.

Anand Mahindra’s statement is as follows:

“FOR THE SAKE OF THE GRANDEUR OF THE TAMIL LANGUAGE, I WOULD LIKE TO PLACE A PORTRAIT IN MY HOUSE IN APPRECIATION OF THE CREATOR”

After receiving reply from sir Anand Mahindra himself, Gansesh expressed his gratitude saying:

“HELLO SIR. THANK YOU, SIR … I AM SO GLAD YOU SET ASIDE TIME FOR ME IN THE MIDST OF YOUR WORKLOAD AND COMPLIMENTED ME. IT WAS THE MOST MEMORABLE DAY OF MY LIFE. I LOOK FORWARD TO GIVING YOU THIS SKETCH”