Karishma Kapoor is a big name when the concern rests on the Bollywood industry. The actress enjoys a huge fan following to her name as she stands out as of the most prolific actress of Bollywood. 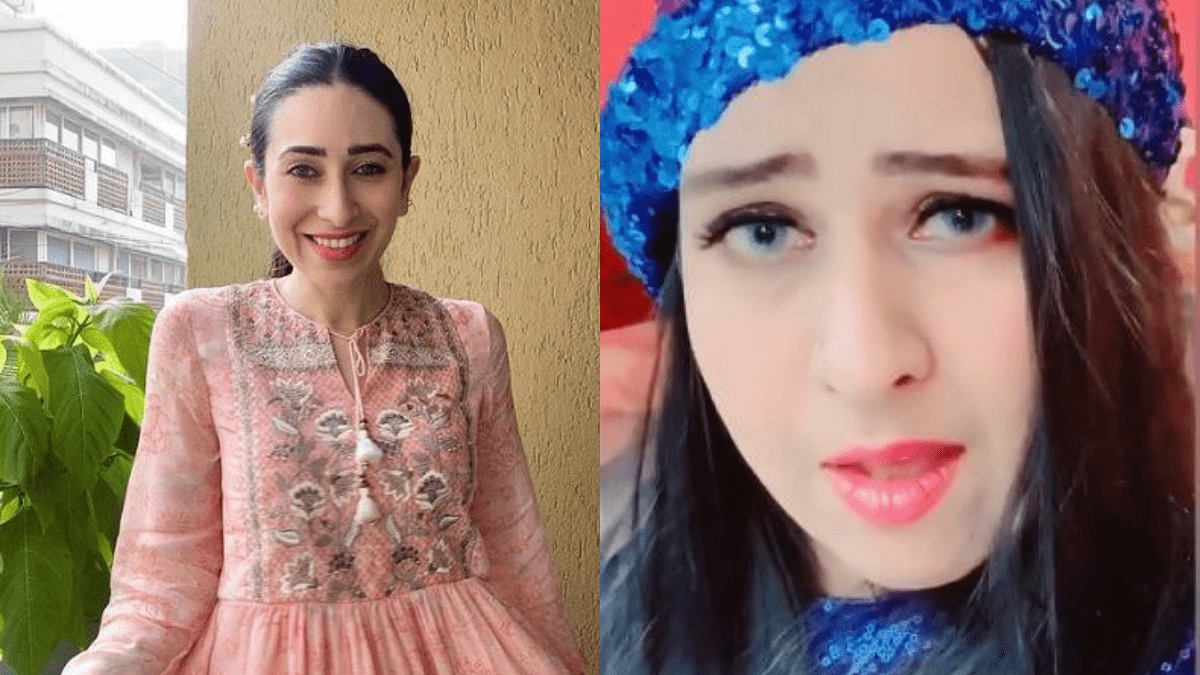 Social media has recently witnessed a perfect doppelganger of the ever gorgeous actress. Reportedly, an influencer hailing from Pakistan has been taking the social media with her striking resemblance with Karishma Kapoor.

The doopelganger enjoys around 40K Instagram followers to her name. Her main posts consisits of recreating iconic scenes and songs of Karishma. Be it with Kitna Pyaara Tujhe Rabne Banaya from Raja Hindustani, or Husn Hai Suhana from Coolie No. 1, she never fails to entertain her followers. Many have even called her a ‘carbon copy’ of the actress. 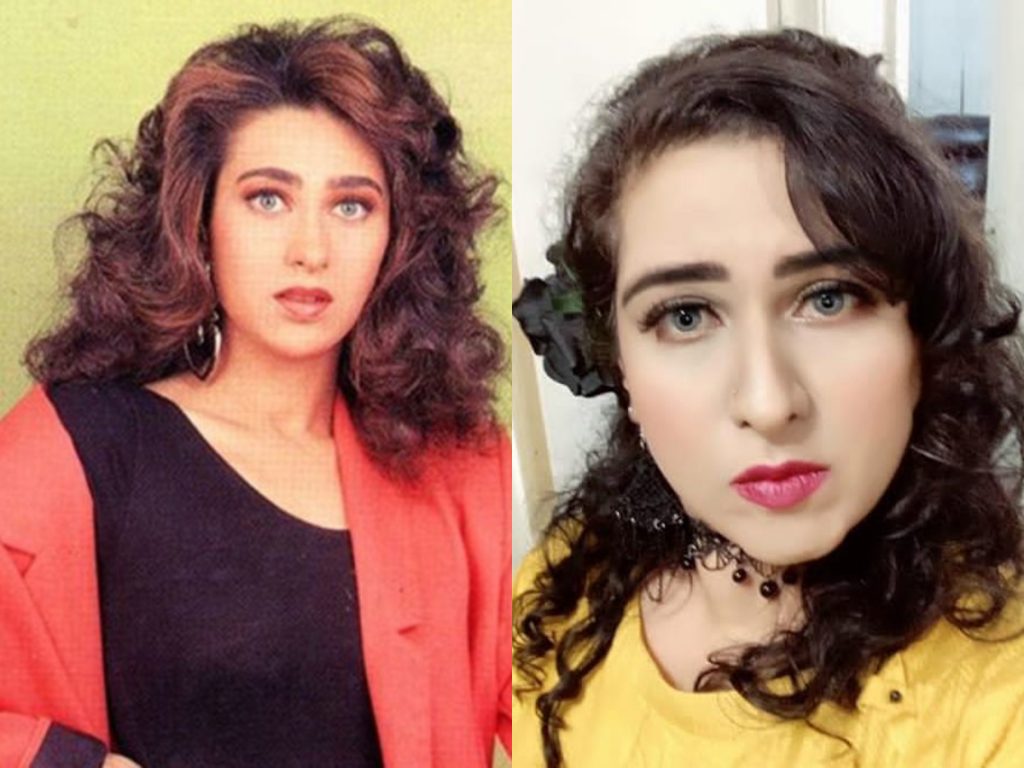 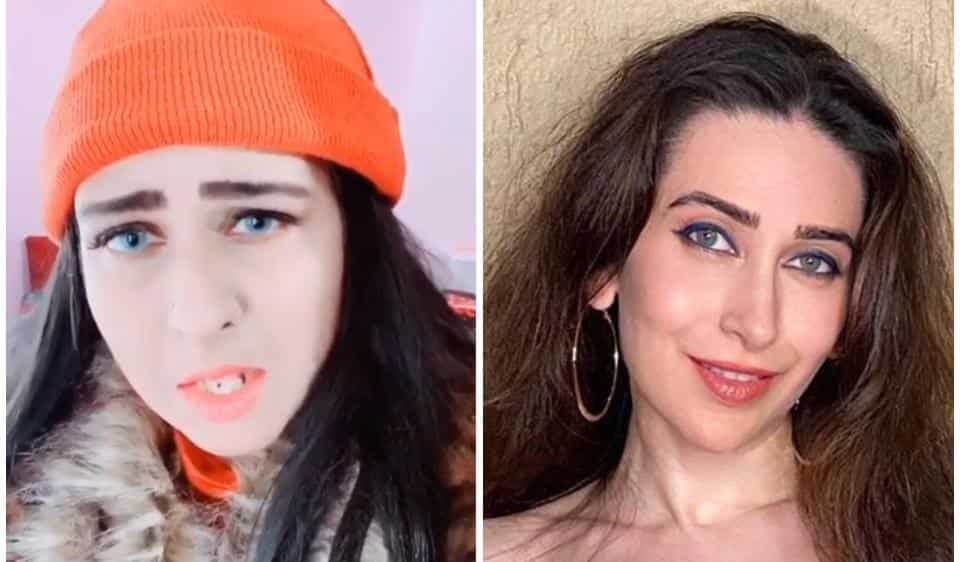 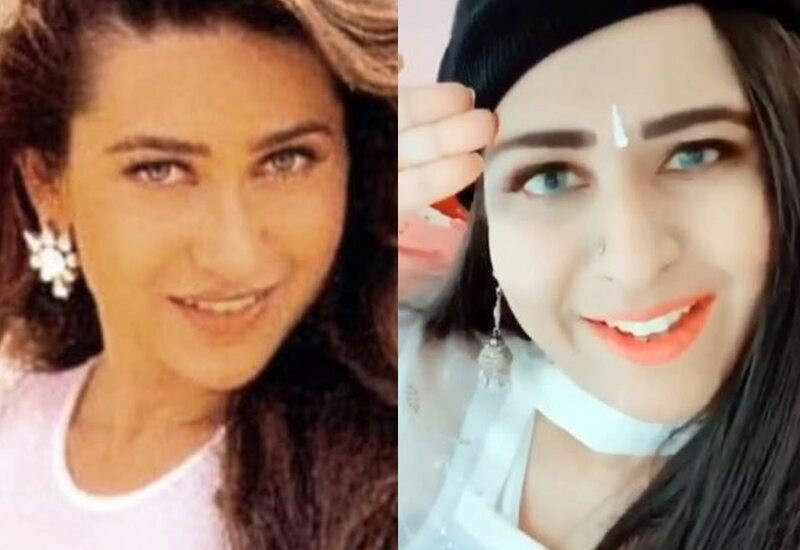 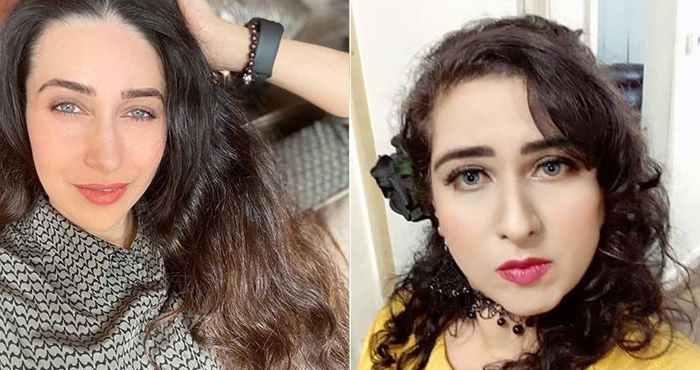 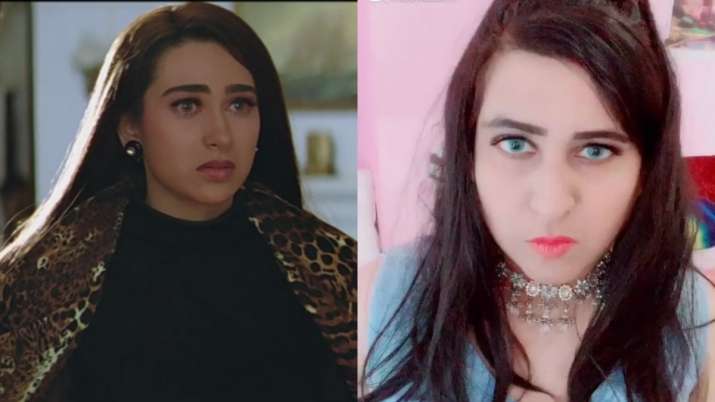 This lookalike, coming from Pakistan has taken over the hearts of many with her looks and fashion. It’s not only her looks, but also the type of attire that she pulls up, which resembles with that of Karishma Kapoor.

Talking about her future projects, Karisma had told PTI that she while she hadn’t played a full-fledged role in a while. Adding her remark, she said:

“This decision was completely made out of choice because I wanted to spend time at home and not do a movie, which at that time was a big commitment. I really felt that I wanted to give the time to my family, my children and I didn’t want to miss out on that.”