Priyanka Chopra Jonas is a name that many are aware of. She is now not only a gorgeous Bollywood actress, but also a global icon. In a recent development, she had a perfect reply to one of the Twitter user, who questioned her sartorial choice. According to the troll, it did not accentuate her figure. 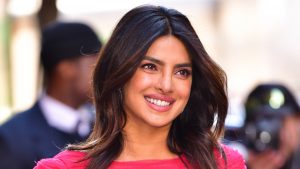 Priyanka, in a recent time took to her Twitter handle to react to some of her viral memes. These memes were on the way she pulled off her dress in an Instagram video. The video was a session where Priyanka took fashion advice from Instagram’s popular dog, Tika the Iggy.

The memes varied from a parachute and a horn to a cricket ball and a firecracker, portraying the dress in hilarious settings. Sharing the memes, PC wrote:

“Too funny… Thanks for making my day guys!”

A Twitter troll tried to criticise the global icon by commenting:

“Are you serious ma’am is that a dress than what’s the point to have good figure?”

Priyanka, who is widely known for rightfully replying her trolls, came up with a sassy response. She wrote:

“The fact that a ‘figure’ doesn’t matter.”

This sassy response by the global superstar was largely appreciated and adored by many. Her fans loved the way she came up with a fitting response, to shut all her trolls.