Social media, with current times, might be considered a bane with its disadvantages being highlighted. However, we cannot shy away from the boon it has been in recent times as well. The blogging sites like Facebook, Twitter and Instagram have made it very easy to bring about scenarios to the instant notice of companies and higher authorities. Twitter has made it very easy for the common people to reach out to the governing bodies and authorities to sort their issues and difficulties in a very short and stipulated time period.

In a recent event, Twitter again helped a schoolboy in a way that it has won the hearts of many people. Recently, a schoolboy from Bhubaneshwar took to the site of Twitter to post his concern. The concern dealt with the fact how: is daily school timings are getting affected. The student explained, that his school starts at  07:30 am however the first bus that leaves from his area to reach his destination Lingipur is at 07:40 am. This results in him getting delayed by a large gap and this is causing him a lot of trouble. The little boy even went to the extent of tagging IPS office Arun Bothra in the post.

@CRUT_BBSR @arunbothra
Respected Sir,
I want to state that I am a student of MBS public school, Bhubaneswar. I use Mo Bus as my daily transportation means to go to school. Nowadays the timing of the buses are changed.

@CRUT_BBSR @arunbothra
So I would be grateful to You if You kindly look into the matter and take some immediate action.

Yours Truly,
Sai Anwesh A. Pradhan

Following this IPS Arun Bothra was quick to his feet to get the matter sorted. He was quick to change the timing of the bus from 07:40 am to 07:00 am. The man of the hour tweeted back stating, “Dear Sai #MoBus moves with the love of commuters like you. The timing of your bus will be changed from Monday. The first bus will start at 7 AM. You won’t be late for school. With affection from the entire team of @CRUT_BBSR.”

Soon after the Twitteratis started appreciating the beautiful and swift step taken. Here are a few

This is brilliant! Swift, compassionate 👍

No application, no pillar to post, no follow ups….. Govt. officials like you are creating a benchmark. 🙏🏻🙏🏻🙏🏻 other department should learn and public should respect public servants.

Great response 👍. These type of small steps make great differences in society and general people and this is actually called good Governance when general people get benefitted from public service.

What a great way to start a day!! The system ACTUALLY does something for the people, on the basis of a tweet request, without going thru a 10 year file pushing process… Wah!

This reminds me a real story in Japan that the railways continued to run a train though only passenger in that train was a student. Certainly praise worthy step by team CRUT and their leaders

We look forward to many such swift decisions taken on the spot for a better and easier livelihood. Well done sir, take a bow.

Procrastinating bibliophile in love with words and everything artistic.
Previous Tridha Chowdhury Comments On Her Intimate Scenes With Bobby Deol In ‘Aasharam’
Next Twitter reacts after Sunny leone posted a cryptic tweet over ‘jcb ki khudai’ 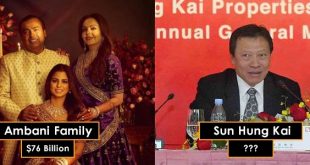 Asia is a big continent, having the most number of people housed in the entire …