It is a well-known fact that Pakistan and Zimbabwe are the top candidates among cricket’s oddest opponents and rivalries and also the ones where you don’t even expect to witness supporters fighting among themselves.

As the two teams played against each other on Thursday (October 27) at the Optus Stadium in Perth for the 2022 T20 World Cup, the fans supporters of each team got themselves engaged in a Twitter debate that heated up in no time and went viral at the speed of light. 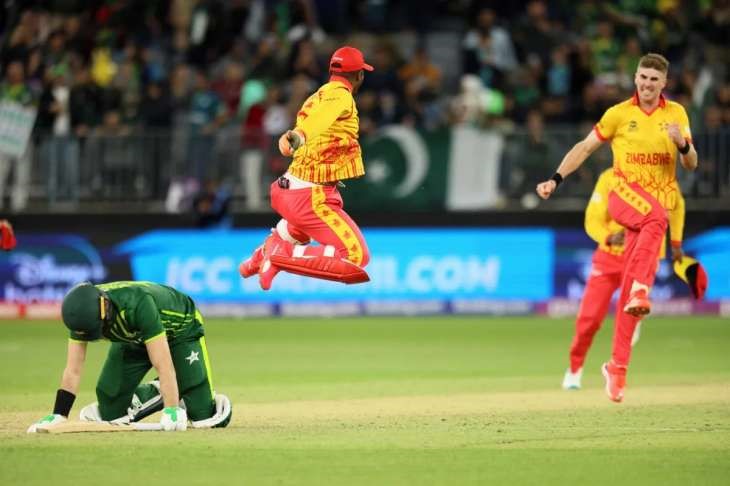 Moreover, it is surprising to know that the controversy on both sides has nothing to do with the cricket match played between the two nations and is a result of a fake Mr. Bean instead. The whole controversy was initiated when Pakistan Cricket’s official Twitter account posted pictures of the players getting ready for the match against Zimbabwe.

Pakistan and Their Fake Mr. Bean

A Twitter user named Ngugi Chasura replied to the tweet by saying that Zimbabweans wouldn’t forgive Pak for sending “Fraud Pak Bean” instead of “Mr. Bean Rowan” and claimed that Zimbabwe would make up for the mistake in their upcoming match. In case you don’t know, “Fake Pak Bean” is actually Pakistani comedian Asif Muhammad, who is extremely popular for being a Mr. Bean lookalike. Muhammad pretended to be a real Mr. Bean when he performed a comedy show in Zimbabwe in 2016. Reportedly, Muhammad received invitations to a comedy show, road shows, and the Harare Agricultural Show.

However, nobody thought that Zimbabwe could defeat Pakistan, but everything is unpredictable, and destiny had different plans Pakistan lost to Zimbabwe with just 1 run leaving all Pakistani fans disheartened. Meanwhile, when neighboring country was seeking recovery from their brutal last-ball loss to Team India in the 2022 T20 World Cup opening on Sunday at the MCG, they got even more humiliated by Zimbabwe’s team by just 1 run

The epic game made headlines in Zimbabwe, Pakistan, and India as well, as Indians are known to be Pakistan’s major opponents.

Zomato Trolled Pakistan with a tweet that went viral

In the past few days, the “Fake Pak Bean” has become the talk of the town, and many well-known brands have also taken the opportunity to grab attention. One such brand is a well-known food-delivery website, Zomato. Zomato’s tweet has recently grabbed a lot of attention on the Internet.

“Beans are a real match-winning food”

beans are a real match-winning food 😉

Presently, Zomato’s tweet has already got more than 24,000 likes and thousands of comments. Soon, it went viral on various social media platforms.

Here are some hilarious reactions

Zimbabweans are celebrating the moment and why not?  they had their revenge against Pakistan for the unacceptable act of sending the fake Mr. Bean back in 2016 following Thursday’s remarkable win.