The actor also knows the art of giving his back to his trolls. So when the actor was trolled for experimenting with his look, the actor gave it back to the troll with his befitting reply.

It happened when Riteish Deshmukh was busy promoting his movie Baaghi 3 and he had transformed his hair. The actor chopped off his dark locks and got them colored into a platinum blonde shade. He took to his social media and shared a picture of himself in his latest look.

The picture soon went viral and his transformation garnered mixed reactions on the post. While there were many who loved his latest look, there were many who trolled him for his look. Several netizens also compared Riteish’s new look with DJ Snake, Zyan Malik, and many other international stars, who have previously donned the same look.

Among many, a Twitter user called him a ‘Sasta DJ Snake”, which means the cheap version of DJ Snake. 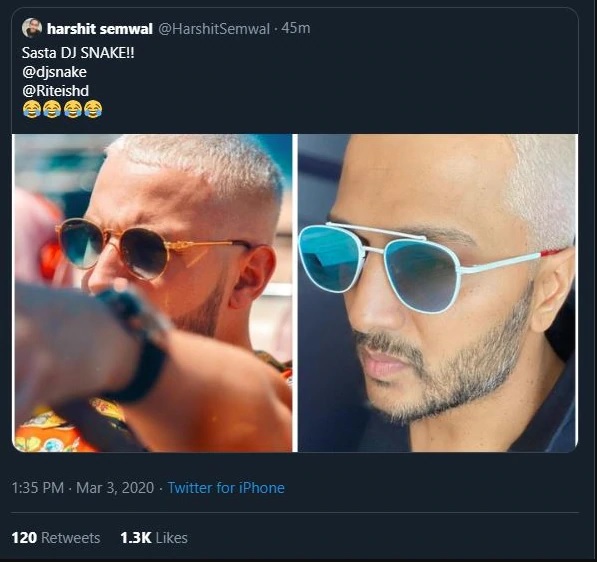 The tweet soon caught the attention of Ritesih, who came up with a hilarious reply to shut the troll. In his reply, the actor said that he is not cheap and wrote:

(which roughly translates to: “Bro, I am not cheap. Book me on Naga Panchami, I will come for free”)

Moments after Riteish gave a befitting reply to the troll, the Twitter user deleted his tweet. Netizens came in full support of the actor and praised him for giving it back to the troller.

17 Bollywood Stars Who Changed Their Names To Become Popular