We are all aware of the fact that Vijay Mallya grabbed the limelight for all the wrong reasons when SBI announced that he has managed to run away with Rs 9000 crores that they lent him and given the fact that he was no more in India, the bank couldn’t chase him any further.

Despite a lot of hue and cry, the erstwhile CEO of Kingfisher managed to keep himself untouched as he exploited the loopholes pf law in an exceptional way and India is still to figure out the fact that how can they lay their hands on this man and reclaim the money. 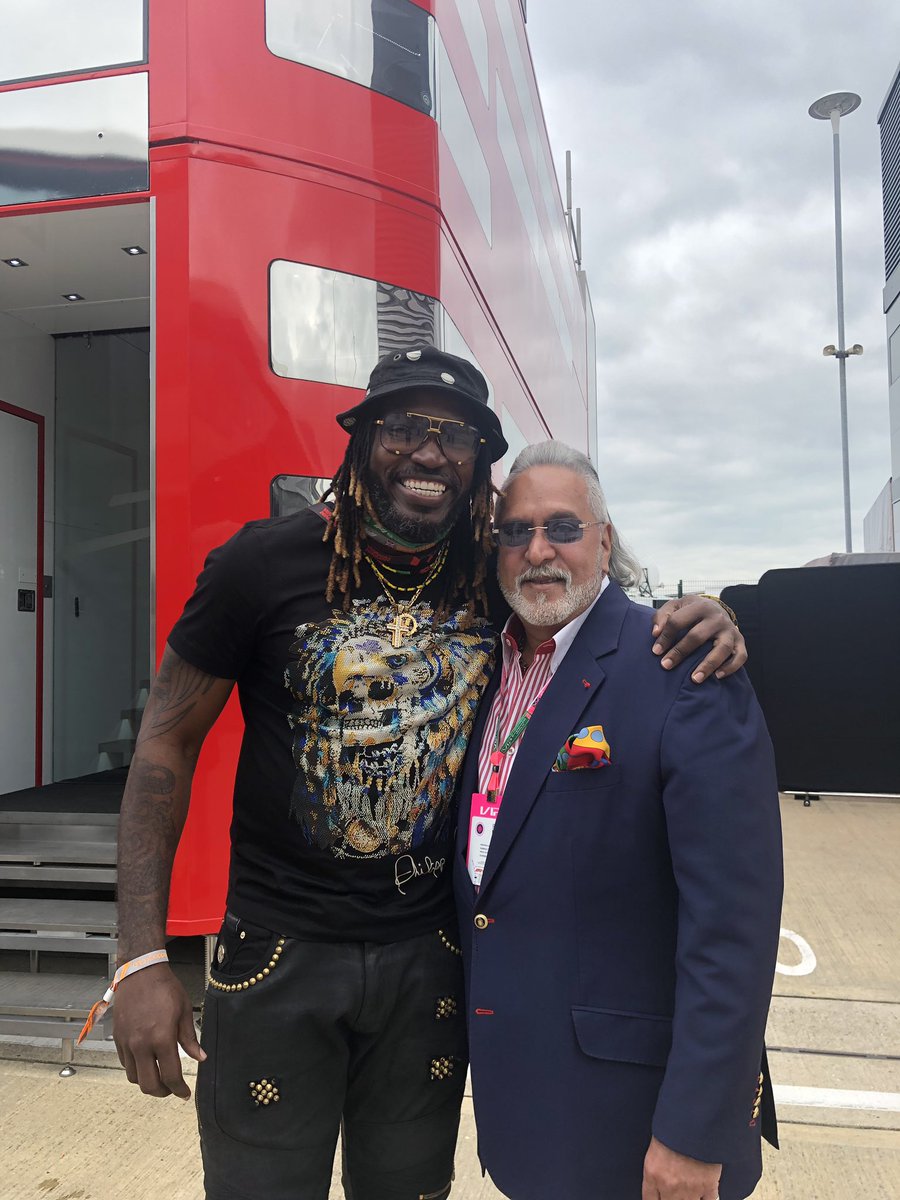 There was another funny incident which stated that Mallya wanted to return the amount but the banks are reluctant to take back the money. Sounds ludicrous, ain’t it?

Recently, the Universe Boss, Chris Gayle, who was a former player of Royal Challengers Bangalore met Mallya at the Formula One qualifying session at the Silverstone Grand Prix and shared a picture of the duo on Twitter.

However, what ensued wasn’t a paradise found for Vijay Mallya. Twitteratti started admonishing the Universe Boss, cautioning him about possible theft and con in the offing, if he contemplated about dabbling in any monetary transactions with the business tycoon.

Don't share your account details with him and never make any transaction in front of him. And in case if he ask you emotionally for loan don't fall prey — Issued in @henrygayle interest😂😂😂

Please courier him to india. Your will get a million dollar atleast reward.

Like u are the Universal Boss, he is our National chor, who has become Universal now.

Now, being a substantial magnate, Mallya was in no mood to go down silently into that night. He posted a counterblast, quoting, “Great to catch up with the Universe Boss and my dear friend. For all those of you losers who call me CHOR, ask your own Banks to take their full money that I am offering for the past one year. Then decide on who is CHOR.”

Great to catch up with the Universe Boss and my dear friend. For all those of you losers who call me CHOR, ask your own Banks to take their full money that I am offering for the past one year. Then decide on who is CHOR.

Now Mallya wasn’t in for any luck on Twitter. After a resonating response what he thought could have flipped the case, Twitteratti lampooned with another volley of arrows that must have left him gutted.

Who is stopping you ? Do a wire transfer of entire amount to the lenders and then talk.

A thief cannot come back after years n say take this money i stole from you, now i am a free man

You don't offer the money. You give the money back. You can't offer what is not yours. pic.twitter.com/g8T9toCHRb