Actress and model Urvashi Rautela has appeared in many Bollywood films and also won The Miss Universe Diva award of 2015. When asked about her opinion on Aamir Khan and Kiran Rao’s divorce, the answer Urvashi gave won the hearts of users over social media.

Urvashi said that she wouldn’t reply on this, as divorce is Aamir and Kiran’s personal matter and she won’t want to interrupt their privacy. As Aamir and Kiran announced their divorce on 3rd July, people took social media platforms to express their opinions about the issue.

Many users are trolling Aamir for his 2nd divorce, while many others including Aamir’s co-workers in the industry are supporting the mutual decision of the couple.

Amid this Urvashi didn’t felt the need of saying anything about it. People are appreciating her this gesture and the idea of not interfering in someone’s privacy.

The 27 years old actress is currently shooting for her Tamil debut film. It is a high-budget science-fiction film, where Urvashi is playing the role of a microbiologist and IITian.

Later she would be seen in a bilingual thriller film ‘Black Rose’. She is also working as a lead for Jio studio’s ‘Inspector Avinash’ web series. In the series, she is casted opposite Randeep Hudda. 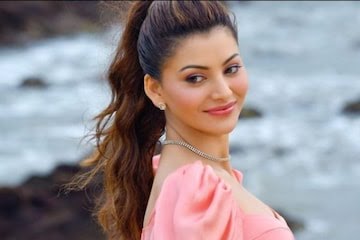 This film is based on the real-life story of cops – Avinash Mishra and Poonam Mishra. Earlier she had appeared in Bollywood films like – Great Grand Masti, Hate Story 4, Sanam re, and Pagalpanti.

The actress also got very good responses for her latest release songs – ‘Doob Gaye’ opposite Guru Randhawa and ‘Versace Baby’s’ opposite Mohamed Ramdaan.

Previous Total Net Worth Of Rohit Sardana
Next Relationships are not made or broken on paper : Pooja Bhatt on Aamir Khan and Kiran 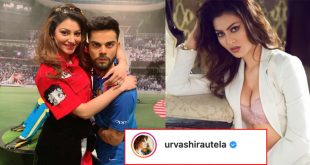