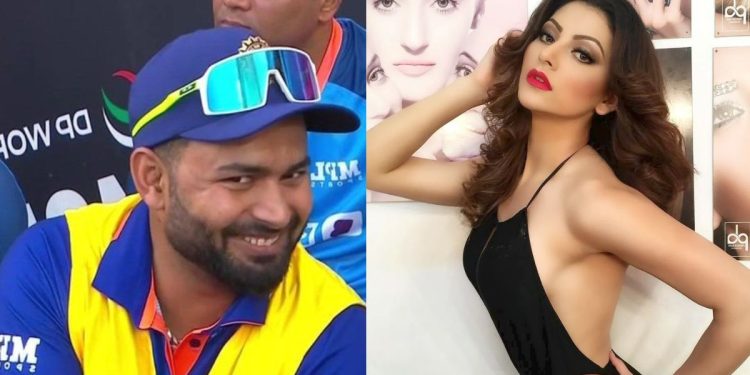 Recently, Urvashi Rautela reached Australia ahead of the T20 World Cup. Netizens trolled her for stalking Rishabh Pant. Taking to Instagram, Urvashi recently posted a picture of herself with the caption that said she followed her heart to Australia, and fans started trolling her about cricketer Rishabh Pant. 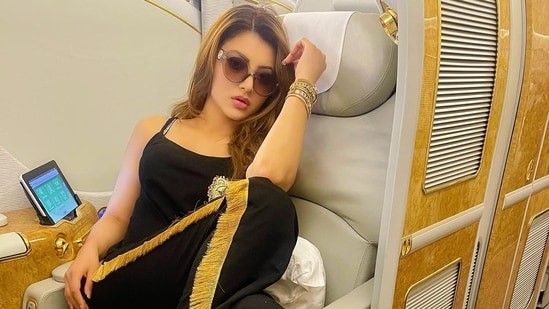 The Indian team is currently in Australia for the T20 World Cup. The first match will be played against Pakistan at the Melbourne Cricket Ground on October 23

Urvashi Rautela is in limelight for quite a long time now and recently she shared a post in which she posed inside a private jet. The actress – model is wearing a black and golden outfit and pairing it with sneakers. She is looking gorgeous with her dark sunglasses on. But is she doing all this for attention? Well, people on the internet are saying that she is the biggest attention seeker, and she didn’t follow her heart to Australia but went there to grab attention as the Indian Cricket team including Rishabh Pant is in Australia for T20 World Cup.

“Followed my (black heart emoji), and it led me to Australia (movie camera emoji).” 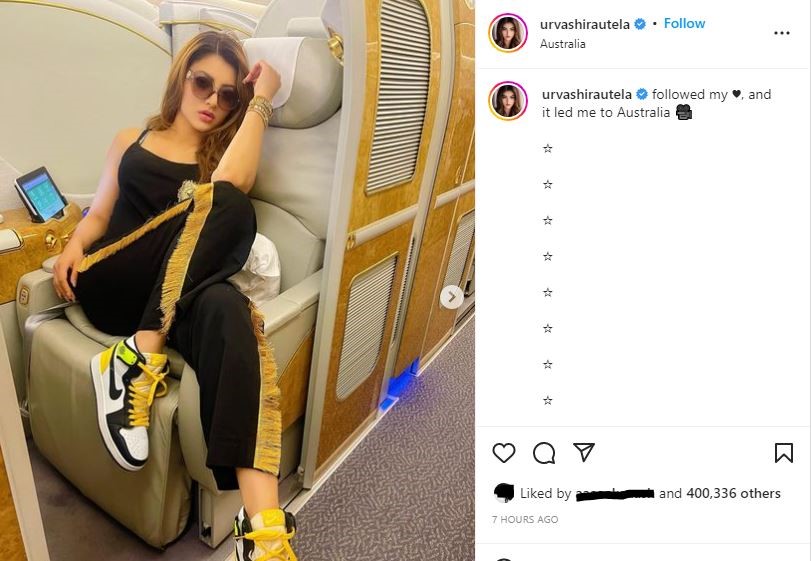 She further added the hashtags–love, Urvashi Rautela, and UR 1. Reacting to the post, fans questioned if she was traveling for Rishabh. A netizen wrote, “Rishabh Pant is waiting for you.”

Your (red heart emoji) will be very happy to see you in Australia.”

Her comment section was flooded in an instant and she got what she wanted. Attention! Yes, she got it

In another post, Urvashi posed inside the plane in a colored outfit and orange heels. Urvashi wrote,

“Meanwhile, in Australia… & so the adventure begins.”

Urvashi Rautela posed inside the plane in a colored outfit. 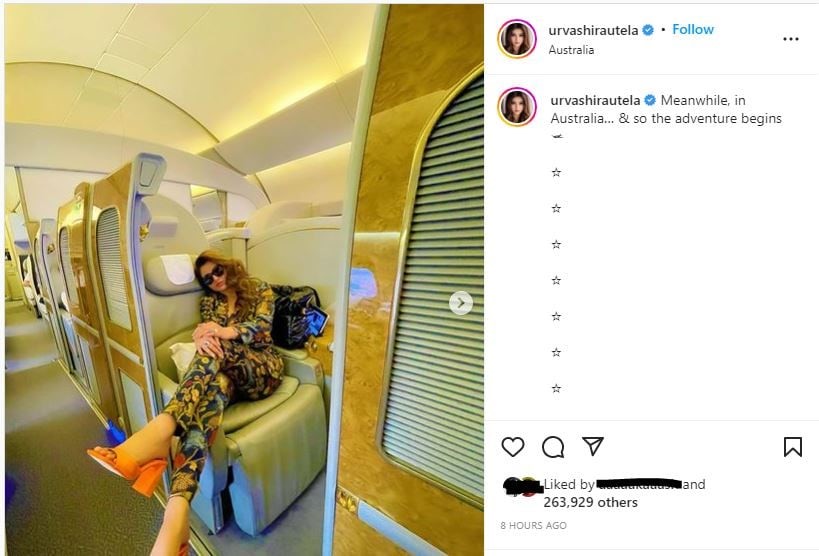 As we all know, Urvashi and Rishabh’s dating speculation started in 2018 after they were spotted at restaurants and public events in Mumbai. Later, reports about their breakup also made headlines.

In 2019, Rishabh slammed all dating rumors. He also made his relationship official with his girlfriend Isha Negi.

Previously, Urvashi indirectly said that Rishabh once waited for her in a hotel hobby for almost 10 hours. She had said in an interview that

A person, ‘Mr. RP’, waited to meet her, while she was sleeping after a busy day. She revealed feeling bad for him after seeing his ‘16-17 missed calls.

Reacting to this, Rishabh added an Instagram story, indirectly hinting at Urvashi that said,

“It’s funny how people lie in interviews just for some meager popularity and for hitting the headlines. Sad how some people are thirsty for fame and name. May God bless them”. He added the hashtags–‘Mera Picha choro Behen (Sister please leave me)’, and ‘Jhuth ki Bhi limit hoti hai (Lying has a limit).

Responding to this, Urvashi addressed Rishabh as ‘Chotu bhaiyaa (young brother)’ in a post.

After all this controversy, on Rishabh’s 25th birthday Urvashi shared a new video of herself as she smiled and gave a flying kiss. She captioned the post, “Happy birthday” and added a red balloon emoji. She didn’t mention anyone in the post, but people trolled her in the comment section at that time too.