Malaika lashes out at news portal

Malaika Arora and Arjun Kapoor’s relationship have always been the talk of the town. The couple often gets trolled for the humungous age gap on social media but every time they both give a fitting reply to their trolls and something like this was witnessed again when Malaika Arora’s pregnancy rumors were doing the rounds.

Recently the whole social media got flooded with rumors that Malaika Arora is pregnant and when the situation went out of hand the actress stepped in and slammed the reports and rumors brutally. 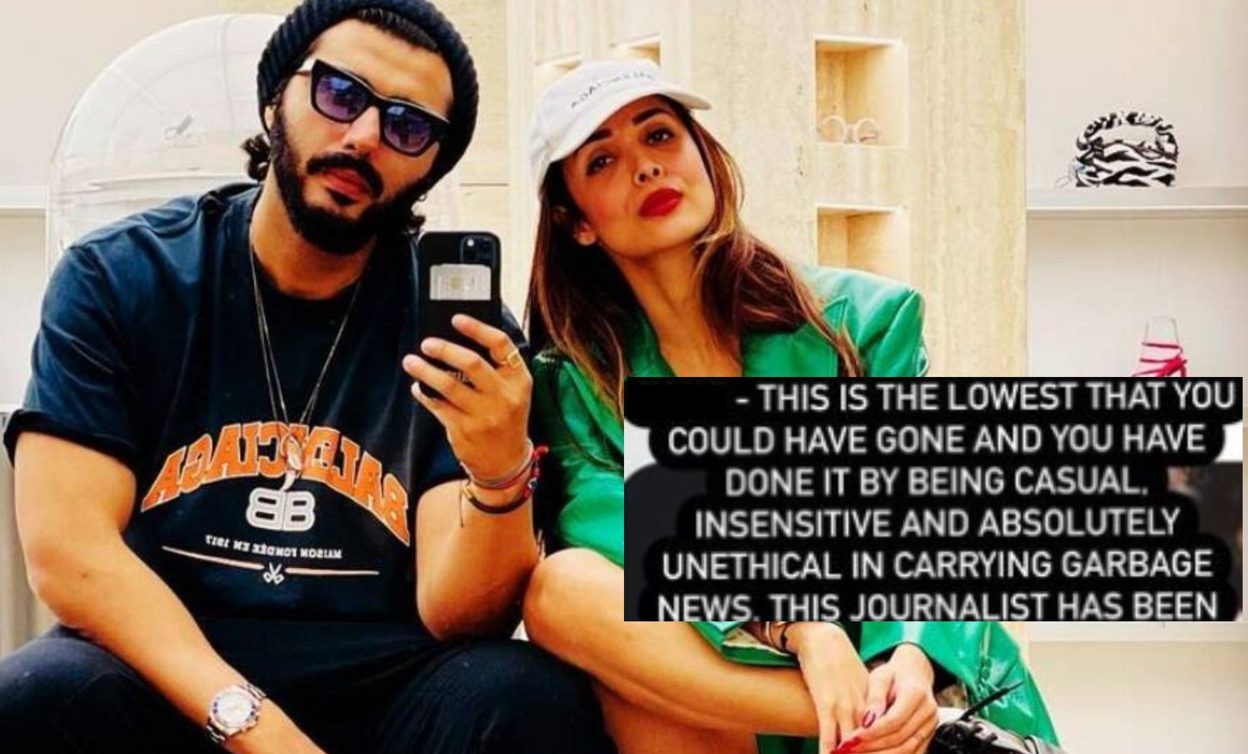 Malaika Arora took to her Instagram story and lashes out at an article posted by an entertainment portal. Sharing the screenshot of the news which reports that the actress is pregnant, Malaika slammed the journalist and warned her not to interfere with her personal life. She wrote,

“This is the lowest you could have gone, and you have done it by being casual, insensitive, and absolutely unethical in carrying garbage news.” 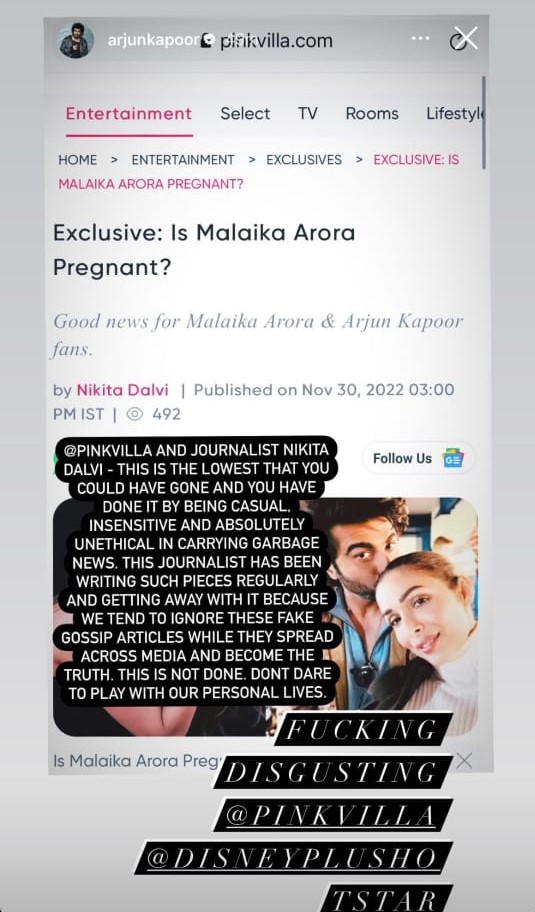 “This journalist has been writing such pieces regularly and getting away with it because we tend to ignore these fake gossip articles while they spread across media and become the truth. Don’t dare to play with our personal lives.” The actress captioned, “F***ing disgusting.”

The news portal’s article claimed that Malaika and Arjun shared the good news with their family members. The couple revealed the news in October when they went on a vacation in London.

But as we can see, the duo and Malaika’s family have rubbished all such reports.

The couple has been dating each other for over four years now. In January 2022, Arjun rubbished the reports of their breakup and wrote,