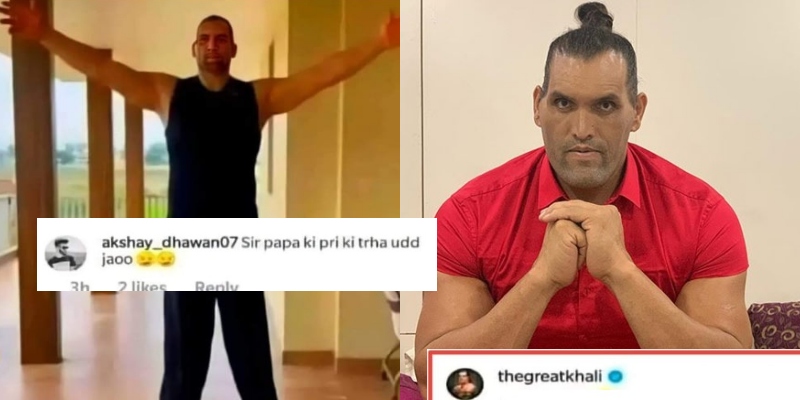 World Wrestling Entertainment (WWE) legend and former champion The Great Khali enjoys a huge fan following in India. In March, he was inducted into the WWE Hall of Fame award but it has been years since the legend has been earning fame because of professional wrestling. However, lately the wrestler keeps making headlines for all the hilarious reasons.

The Great Khali has become an internet sensation all thanks to his massive fan following on the photo and video sharing platform, Instagram. But one thing which is common in all his Instagram comments is bizarre requests from fans.  Every other day, the great wrestler is seen trending on social media for weird yet hilarious reasons.

Well, for the unversed, a host of internet trollers and fans of the iconic wrestler keeps flooding the comment section of Khali’s Instagram posts. Interestingly, Khali’s posts have no connection with the remarks made by his fans and followers.

Recently, Khali shared a video of himself, which was once again flooded with hilarious and bizarre requests from the fans in the comment section. However, seems like the wrestler has had it now as he is now giving it back to the trolls. A troll’s comment caught the attention of the Great Khali, who in return destroyed him with a hilarious reply to it.

The comment soon caught the attention of the Great Khali, who came up with a savage reply. He wrote: “Teri trha nibba thodi hu” 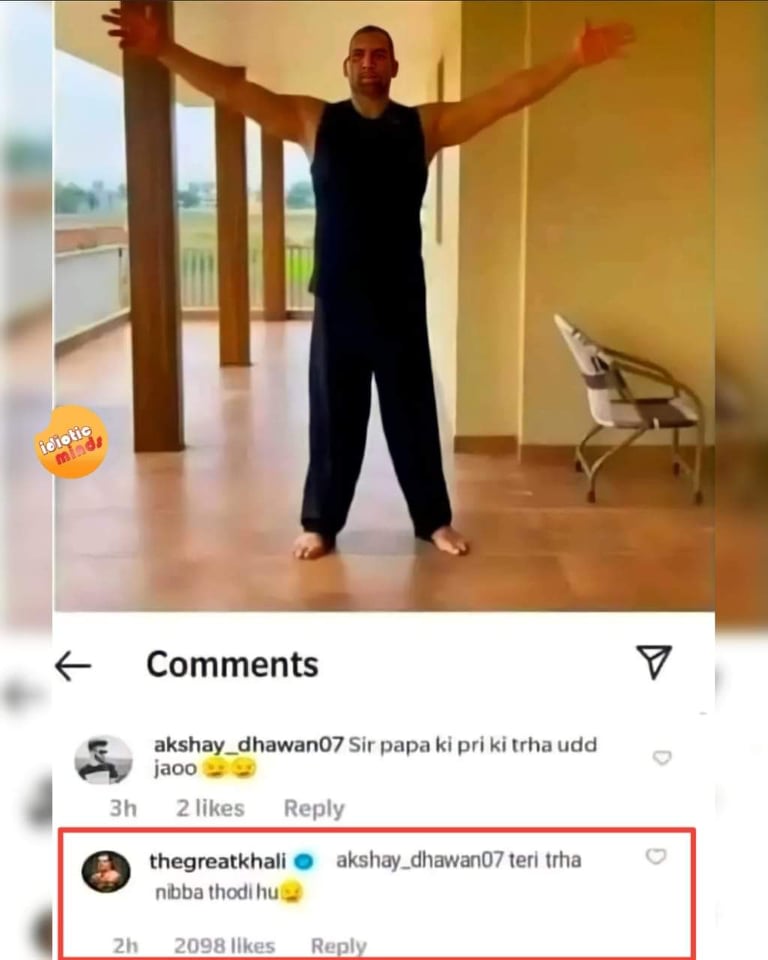 But this isn’t the first time that he has given it back to the trolls. He is often seen responding to the fans’ requests vis Instagram live sessions and it is as hilarious as it can get. For instance, a fan had asked Khali to land an airplane on the forehead. “Mere ya tere? (Mine or yours),” he had replied. Another user had requested Khali to separate e Hydrogen from Oxygen in water. “Phelewaan hun main, scientist nahin hun main (I’m a wrestler not a scientist),” he had said.