Tara Sutaria is marketed as one of the cutest actresses of Bollywood (even though she definitely isn’t one). She does not have many films in her account but has made her own special place in the industry.

Recently she was caught by the paparazzi on camera in Mumbai. Tara was wearing bralette and torn jeans. People trolled her badly on this look. Tara is currently working in Mohit Suri’s film ‘Ek Villain Returns’. 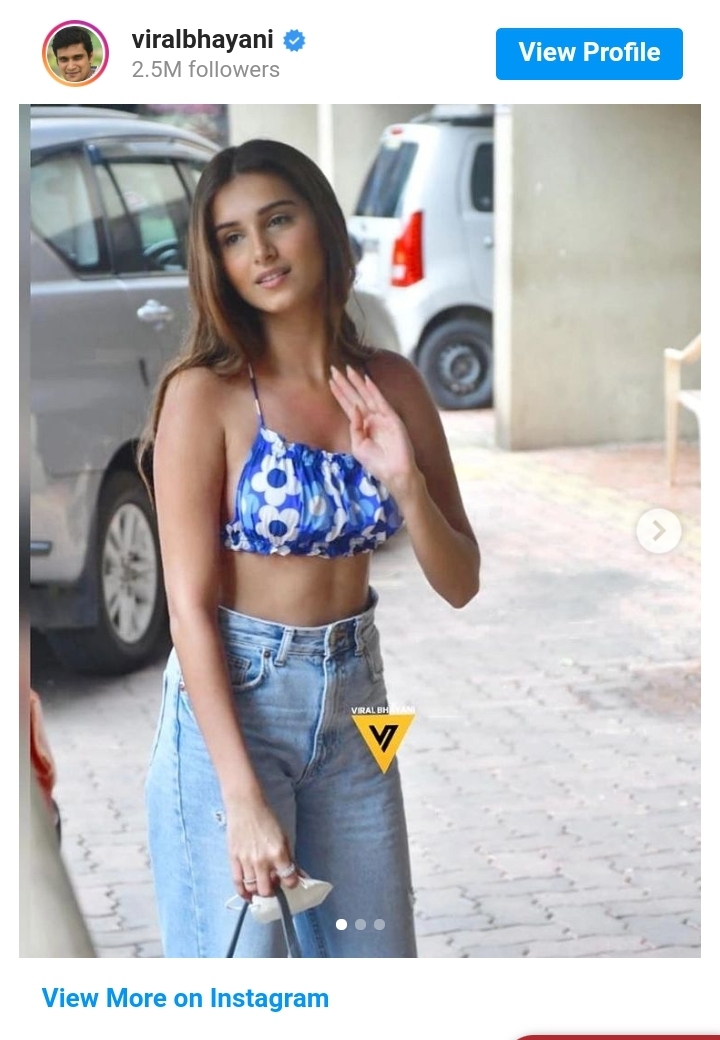 Tara Sutaria wore a blue and white bikini top coupled with a pair of torn jeans. There was light makeup on her face. People have trolled her after pictures were shared on the account of Paps.

One user has written, “give her clothes, someone”. Another has written, wearing a bikini instead of casual top, wow what a fashion sense. There is another comment, I think, ma’am forgot to wear the shirt.

Tara’s look seemed to be inspired by the hot girl summer trend. She is wearing ice blue torn jeans and white sneakers with a floral bralette. But the users trolled her left, right and centre.

Tara is in nude makeup look (despite there is a light makeup). Well nowadays no makeup look (after having a whole lot of it) is in trend.

In such a look, a light makeup is done on the face that it can not be recognized if makeup has been done. Tara kept her hair open.

On the work front, there are talks of his film ‘Tadap’ releasing by September. At the same time, she will also be seen in Tiger Shroff’s film Heropanti 2.