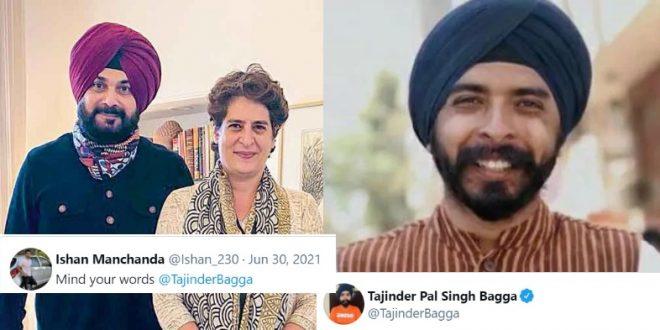 Sulking Punjab Congress leader Navjot Singh Sidhu met with Priyanka Gandhi Vadra yesterday and later shared a picture with her ending the speculation set off by Rahul Gandhi’s “no meeting” claim. The picture went viral in no time and became a topic of discussion amongst political Twitter.

Well, after the meeting, Navjot Singh Sidhu took to his Twitter and shared a picture of himself with Priyanka Gandhi, with smiles on their faces. The meeting was in an attempt to convey that the Congress’ Punjab crisis is probably about to end. Sharing the picture on his Twitter account, Sidhu wrote:

“Had a long meeting with @priyankagandhi Ji”

The picture went viral in no time and became a topic of discussion on the micro-blogging site. There were many who started trolling the cricketer-turned-politician on the tweet. Among many, the tweet also caught the attention of BJP spokesperson Tajinder Bagga.

Tajinder Bagga is very active on social media and is known for his savage replies to trolls. Tajinder Bagga took to his twitter and shared the same picture and wrote such a thing that it started trending on Twitter. Sharing the picture, Bagga wrote:

“You can see two snakes together.”

You can see 2 Snakes together pic.twitter.com/AOejAvDYev

The tweet went viral and attracted mixed reactions from the twitterati. Among many, a Twitter user named Ishan Manchanda asked Tajinder Bagga to mind his words. He wrote: “Mind your words @TajinderBagga”

Responding to this, Tajinder Bagga grabbed all the limelight with his epic reply. In his reply, Bagga shared the screenshot of the aforementioned picture and highlighted the two snakes (decorative showpieces) behind both the political leaders. He wrote: “I can prove brother”

I can prove brother pic.twitter.com/RnJH16h9QJ 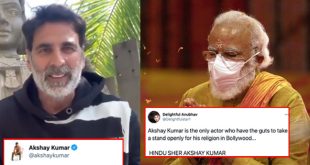