Sneaking out at the wedding of unknown people is fun until you get caught. Well, a lot of people must have done this thing and it might be one of the best memories so far.

Wedding season is finally here, and gate-crashing marriage events will be taking place now. Youngsters love this season as most of them live far from home in hostels and PGs and they get to eat tasty food without spending money sneaking out at weddings. 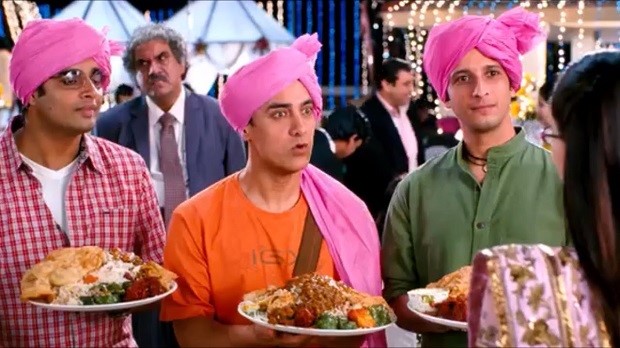 However, having Shaadi ka khana and attending a wedding without being invited, and getting away without getting caught is not as easy as it sounds. Few get caught red-handed while gatecrashing and are even punished by the organizers.

Recently, a student gatecrashed a wedding as he was hungry. Organizers caught him and made him wash all the dishes as punishment. But one more incident took place during that event which is quite surprising.

A video of a guy from Bihar taking permission from the groom to have food at his wedding is winning hearts over the internet. The video of the incident is going viral on social media at the speed of light, where a young boy who lives at a hostel nearby went on to be an uninvited guest at a wedding reception for food. In the video, the student asks the groom directly if he can have food at his wedding because he is hungry and hasn’t cooked any food at the hostel. After asking for permission, he went on to wish the groom his wedding.

“I have come to your wedding. I don’t know what your name is or where you live. I live in a hostel nearby and didn’t cook today. Since I was hungry, I came to your wedding reception to eat. I thought of informing you.”

Responding to him, the groom says he has no problem with him having food. He further asked him to pack some food for his friends in the hostel. The happiness on the face of the student, Alok Yadav is priceless.

Have a look at the video:

Here are some reactions:

Yeah. Hostel food is so so bad.

However, some people also opinionized on the incident by not fully supporting it and expressed that the wedding event was probably organized by the family of the bride and if the food gets over, the family would be heavily criticized.

Others said that the student should have paid something for it.

What are your opinions? Let us know in the comments.