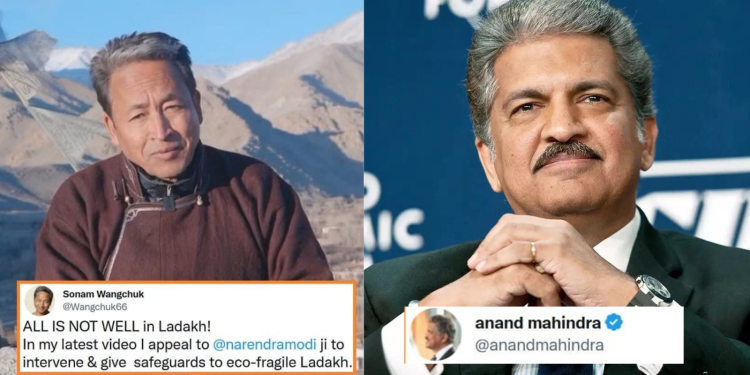 Recently, The Ladakh-based social reformist, Sonam Wangchuk lately insisted Prime Minister Narendra Modi to ensure the safety and protection of the one of the most beautiful places in India ‘Ladakh’. In case you are wondering who is Sonam Wangchuk? Then you might have come across his life that story inspired the blockbuster Bollywood film 3 Idiots.

“all is not well in Ladakh” In his video, he appealed to the Prime Minister to intervene and protect the delicate ecosystem under the Sixth Schedule of the Constitution. Wanchuk said in the video,

ALL IS NOT WELL in Ladakh!
In my latest video I appeal to @narendramodi ji to intervene & give safeguards to eco-fragile Ladakh.
To draw attention of Govt & the world I plan to sit on a 5 day #ClimateFast from 26 Jan at Khardungla pass at 18000ft -40 °Chttps://t.co/ECi3YlB9kU

From January 26, Republic Day, Sonam Wangchuk is going to sit on a five-day “climate fast” at Khardungla pass which is 18, 000 feet above sea level. The temperature there dips as low as – 40 degrees

Just to make everything sure and he can pull it off successfully, Wangchuk did a “test run”. He spent Sunday night at 11,500 feet above sea level on the rooftop of the Himalayan Institute of Alternative Ladakh (HIAL) in Ladakh.

The morning after he posted a video on Twitter, and was heard saying 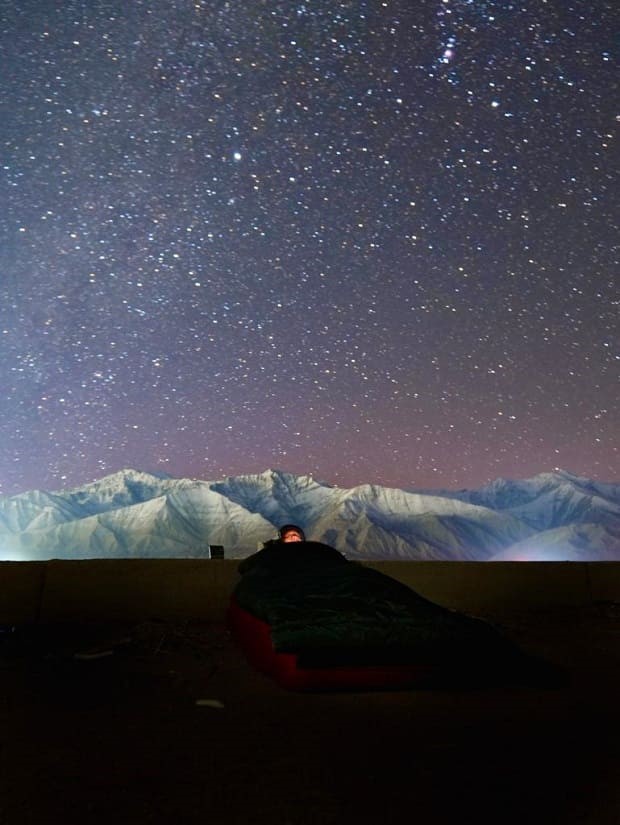 A TEST RUN SUCCESSFUL !
All's well at minus 20°C.
Inching closer to my #ClimateFast at #Khardungla 18,000 ft minus 40 °C starting 26th January…
This test was on my rooftop at #HIAL Phyang at 11,500 ft#SaveLadakh@ClimateReality@UNFCCC @UNDP_India #ilivesimply @narendramodi pic.twitter.com/apv0NDrZAg

“Thank you for all your support. This test went very well. I was not too uncomfortable. Just a little cold at the feet and knees. But I am fine and alive, thank you.”

Impressed by the initiative and praising Sonam Wangchuk efforts, Anand Mahindra called him a “climate hero”

“This man is a climate hero”

Much less than you in your field sir! I specially admire your EVs and was the first one to test a #Mahindra #E2O in Ladakh

Much less than you in your field sir! I specially admire your EVs and was the first one to test a #Mahindra #E2O in Ladakh. https://t.co/FvHBVyiCc8

This is not the first time that sir Mahindra has hailed Wangchuk, it has happened in the past too. When Sonam Wangchuk invented a solar-powered portable military tent to aid Indian soldiers to stay warm in a high-altitude region.

‘Sonam, you’re the man! I salute you. Your work is energising’

Sonam, you’re the MAN! I salute you. Your work is energising, even this late in the evening… https://t.co/ff1AP17Bdo

Sonam Wangchuk is an Education Reformist, Innovator Academician, and the Founder and Advisor of SECMOL- Students” Educational and Cultural Movement of Ladakh. It is a non-traditional school that brought about educational reform in the Ladakh region resulting in improved education and the hike in number of students clearing exams up to the intermediate level.