As we all know, being a celebrity is not an easy task as apart from dealing with fame and recognition one has to deal with hate as well, especially during the crucial and difficult phase of your career when your patience level is tested. While some celebs tend to ignore the hate comments, others give them a befitting reply. And one such incident happened recently when singer Rahul Vaidya replied to a Twitter user, who criticized him. “Was just going through the comments of RKV’S (Rahul’s) latest post and the obsession the opposite fandom has towards him even after two seasons post BB14 (Big Boss 14) is incredible! The man genuinely left an impact on the fandom it seems.”

Was just going through the comments of RKV'S latest post and the obsession the opposite fandom has towards him even after two seasons post bb14 is incredible!
The man genuinely left an impact in the fandom it seems. #rahulvaidya

“Apni chalti hai .. logon ki jalti hai (I make a mark in this world of which the people are jealous)…”

“Useless, worthless, shameless exactly bhagoda (absconder) is good for nothing. The wedding singer is a flop.”

Useless, worthless, shameless exactly Bhagoda is good for nothing. Wedding singer is flop.

To this, Rahul replied,

“Aapki Shaadi hui hai (Are you married)?? I can come there also .. oh wait! Aapka budget nahi Hoga (Maybe, you don’t have the budget)… so probably next life.”

“Jobless people doing exactly what they know best! Cannot even afford your time!”

“Champ @rahulvaidya23 you are best, you are most powerful. You won the audience’s hearts at the next level with an amazing voice, superb personality, perfect actions, and multitalented version, you received everything through your own, efforts, we love you a lot.”

“Rahul, they are the same people who spend all day on Twitter. you have been a superstar since 2005, they were not even born back then.”

The Couple got married on July 16, 2021, after a few years of dating. Rahul proposed to Disha during an episode of Bigg Boss 14, where he was a contestant. She accepted his proposal, and they tied the knot in an extravagant wedding ceremony in Mumbai. 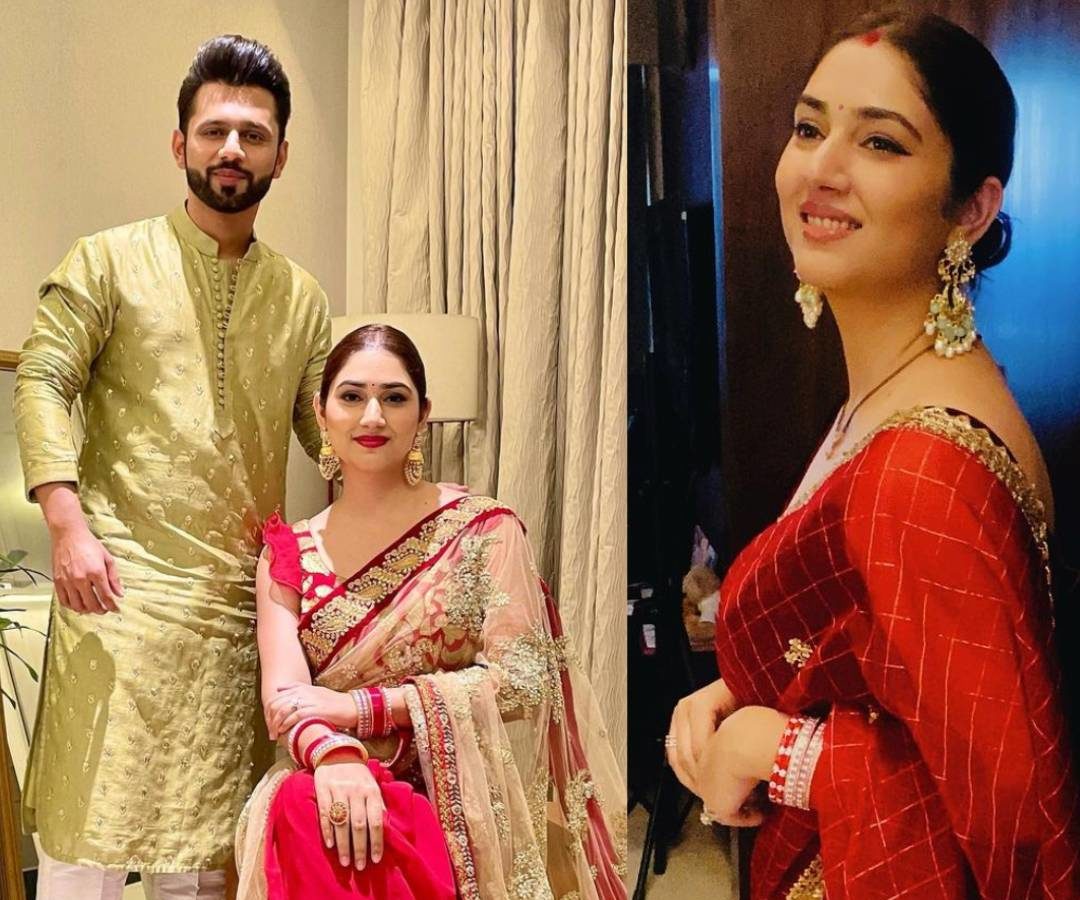 Recently, they celebrated their second Karwa Chauth during which Rahul touched Disha’s feet. He also wrote a note for her.

“Respect Respect and Respect to my lady and all the ladies who fast for their husbands! This is by far the purest and most pious feeling which really can’t be explained. I love you @dishaparmar happy karwachauth.”

She also shared some photos of them celebrating the festival on Instagram.