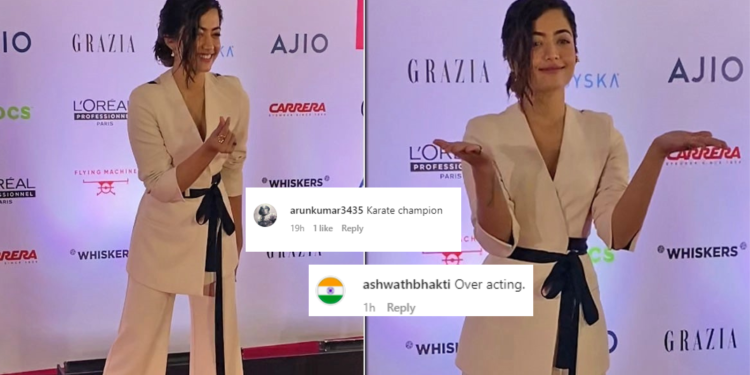 After basking in her acting career’s success in the South Indian film industry, Rashmika Mandanna is now ruling over Bollywood. Recently, she made her Bollywood debut with Amitabh Bachchan and Neena Gupta starrer Goodbye.

She’s all set to return to silver screens with another movie. Reportedly, Rashmika is currently gearing up for the release of her other Hindi film Mission Majnu alongside Sidharth Malhotra. 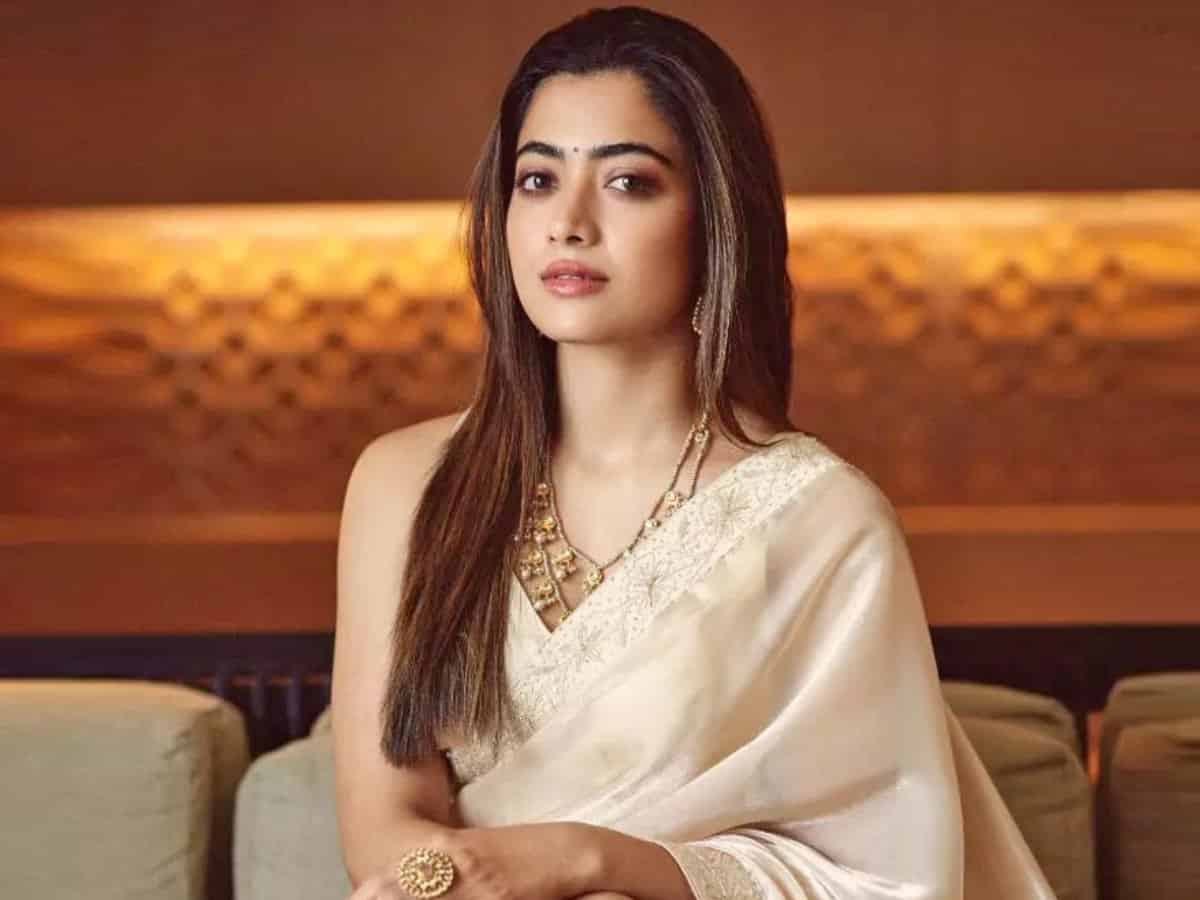 The film’s teaser was dropped recently and grabbed a lot of attention from netizens. As her upcoming movie is all set to release, she recently made an appearance at an award show. She posed for the paparazzi and her video went viral. She got brutally trolled for overacting while posing and netizens flooded the comment section. 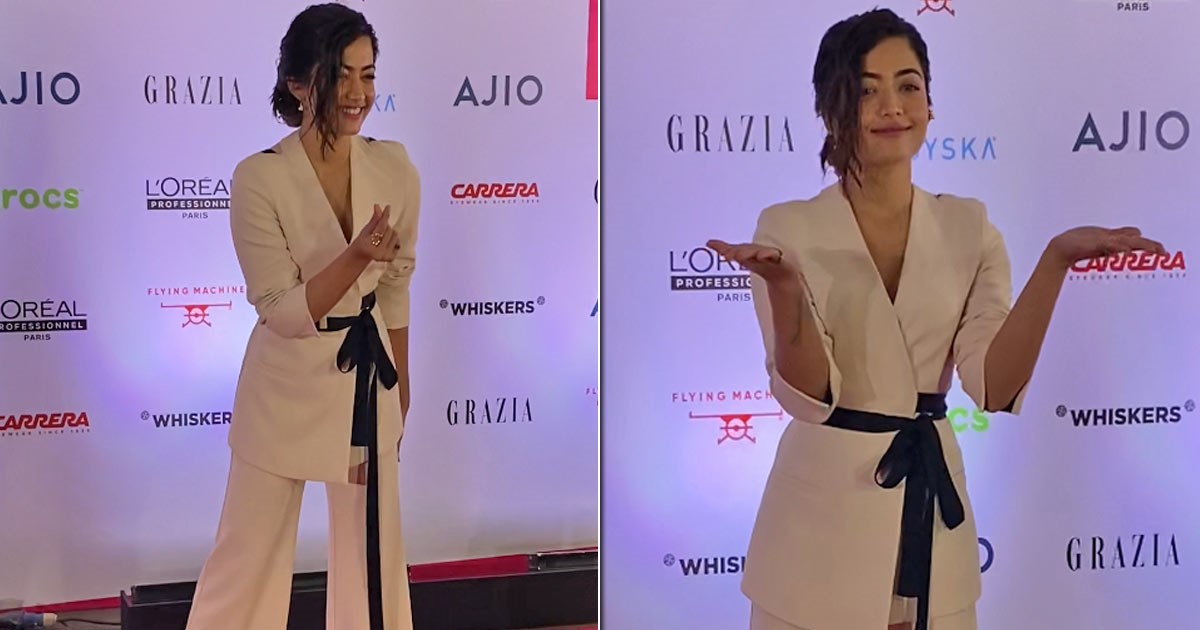 For the event, Rashmika Mandanna opted for off-white co-ords which she paired with a black belt. The actress was seen posing for media persons while greeting them. However, her actions didn’t go well with social media users as they trolled her for her ‘overacting’.

Commenting on the video a user wrote,

“It seems she has come for a karate match n why every time the same hand wala pose, ho Gaya bhai movie mei, get over it now,”

while another said “Why does she always do this hand wala pose? it’s so irritating”

Some found her outfit similar to a Karate dress. A user wrote,

Earlier, Rashmika Mandanna made to headlines when she reacted to her ban in the Kannada industry. While addressing the media, she was heard telling them,

“What happens inside remains inside only. I really can’t go around and tell people what is happening in my inbox. I don’t think have been banned. People started overreacting. When they asked me about Kantara, it was just two days since its release. It is up to people how they understand my words. I can’t keep explaining it to everyone. And I am ready to work in the Kannada cinema if I get the offer. Till now, I have been busy with other languages.”

What are your thoughts on Rashmika Mandanna being trolled for her looks and ‘overacting’? Do let us know in the comment section.