Shehnaaz Gill Remembers Learning About the Reproductive System in Class 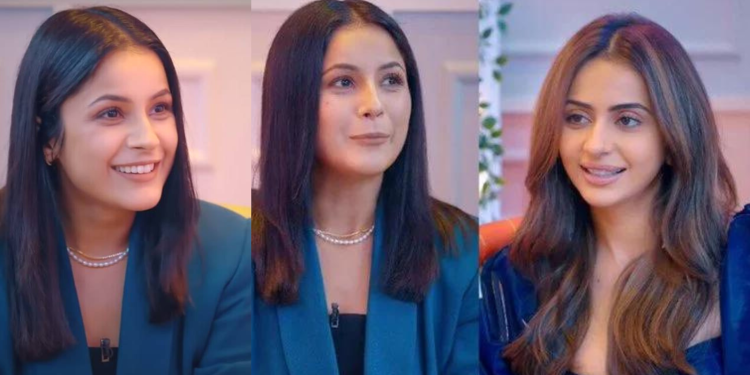 Recently, Rakulpreet Singh promoted her film Chhatriwali by making an appearance on Desi Vibes with Shehnaaz Gill. At one point in the presentation, Shehnaaz spoke about an experience she had in high school biology class when they covered the topic of reproduction. According to Shehnaaz, she was highly inquisitive while the chapter was being covered in class. Shehnaaz made a remark throughout the conversation,

She then said, “Madam was teaching and I just asked madam, ‘ma’am can we do practical?’ But ma’am said, ‘shut up’ so I said ok ‘your wish’. I think its very important to take everything easy.”

Chhatriwali starring Rakulpreet Singh has already been released in Zee5 Rakul said that Shehnaaz’s teacher’s response exemplified what is wrong with current approaches to sex education in the classroom. The actor stressed the need of making this topic of discussion in households and classrooms.

Chhatriwali, which also features Sumeet Vyas in a key role, premiered on Zee5 recently. The Rakul Preet Singh-led film on the topic of sex education is similar to others in the genre, but it stands out for not watering down the message by trying to be funny at the expense of an important topic.

Chhatriwali gets out to a shaky start, but it recovers and becomes much stronger in the second act. The plot develops in a conventional manner, but the actors save it by injecting some genuine comedy and serious stakes into the proceedings. It’s a once-and-done viewing with an important message that should be spread more widely.