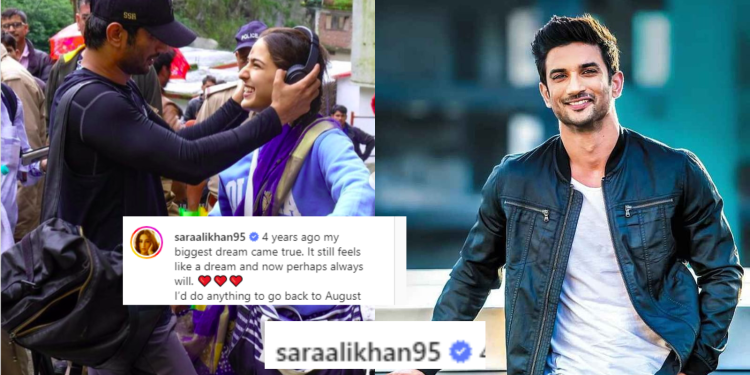 On June 14, 2020, we lost a gem. Sushant Singh Rajput wasn’t just an actor but a wonderful human being as well. His uncertain death traumatized everyone across the world. It’s been a while now but still it seems very hard to digest the fact that the young superstar is no more with us. However, he will always have special place in our heart and souls. Recently, Bollywood actress Sara Ali Khan took to her social media handles and remembered her late co-star Sushant Singh Rajput on the anniversary of her Bollywood debut movie Kedarnath.

Sara penned down an emotional note and expressed that she was grateful for the memories and also wished that she could go back to 2017 to relive all those moments he cherished with the late actor. 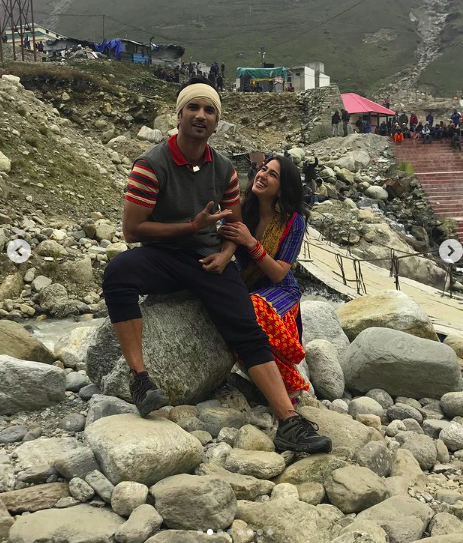 Sara shared a lot of pictures with Sushant and the cast and crew of Kedarnath and wrote an emotional message for Sushant that says,

“4 years ago my biggest dream came true. It still feels like a dream and now perhaps always will. I’d do anything to go back to August 2017 and shoot every scene of this film again, relive every moment again, learn so much from Sushant about music, films, books, life, acting, stars and the sky, witness every sunrise, sunset and moonrise, listen to the sound of the river, enjoy every plate of Maggi and Kurkure, wake up at 4am to get ready, be introduced and directed by Gattu sir, and just be Mukku all over again. Thank you for a lifetime of memories.”

“And as the full moon shines bright tonight, I know Sushant is up there right by his favorite moon, shining like the bright star he always was and always will be. From Kedarnath to Andromeda.” 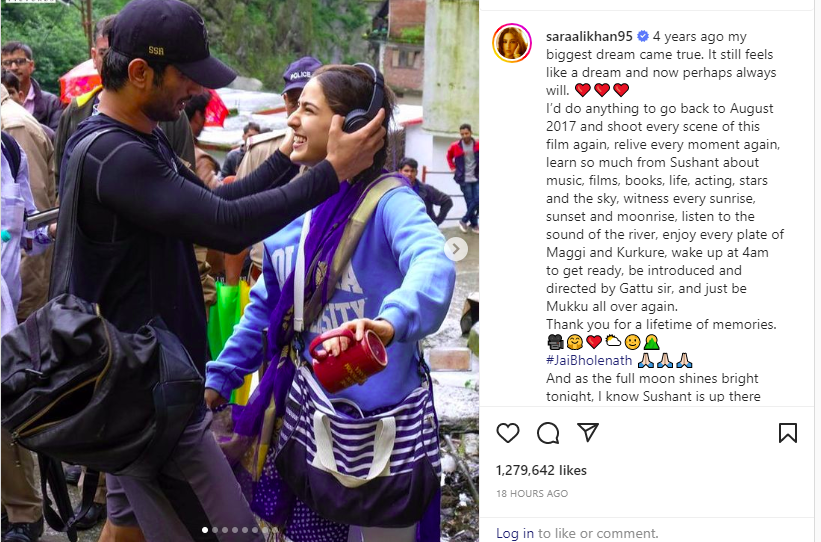 Although it seems like actor committed suicide but maybe that’s not the full truth. The exact reason behind his death is yet to be known and his die-hard fans are awaiting justice.