For quite a long time, a rumor about Sania Mirza and Shoaib Malik’s separation is doing the rounds. It is being said that Shoaib allegedly cheated on Sania during one of his TV shows It can be witnessed that things are not working out between Indian tennis ace Sania Mirza and Pakistan cricketer Shoaib Malik.

A rift is going on between the two and according to some reports, they are headed for divorce. According to Sania Mirza’s latest Instagram post, marital trouble seems to be infusing between the high-profile couple. Adding more fuel to the speculations of her divorce, Sania Mirza took to her Instagram stories and shared a cryptic post, that has left everyone worried. She wrote,

“Where do broken hearts go. To find Allah”.

The exact reason for the separation is yet to be known. However, in some Pakistan media reports, it is said that Shoaib Malik allegedly cheated on Sania during one of his TV shows.

Pakistani media also reported that the couple has drifted apart and has been living separately for quite a long time now. The rumors also suggest that the couple is now only co-parenting son Izhaan. As of now, Neither Sania nor Shoaib opened up about the divorce speculations that are doing the rounds.

Sania and Shoaib tied the knot in April 2010 in a star-studded wedding and have a four-year-old son Izhann.

The couple recently celebrated the birthday of their son Izhaan Mirza Malik’s birthday in Dubai. Shoaib Malik shared the pictures, but Sania didn’t. 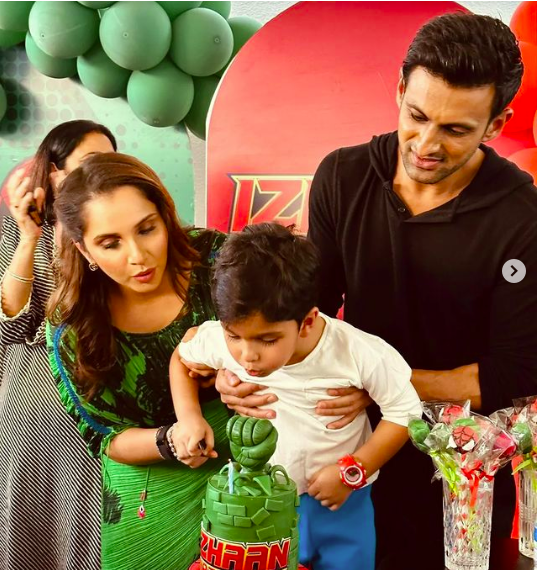 In case you don’t know, this is not the first cryptic post shared by Sania Mirza. A few days back, she shared a picture with her son along with a caption saying,

“The moments that get me through the hardest days.”

Even though nothing is confirmed from the couple’s side, Fans are deeply saddened and shocked to hear about the news.