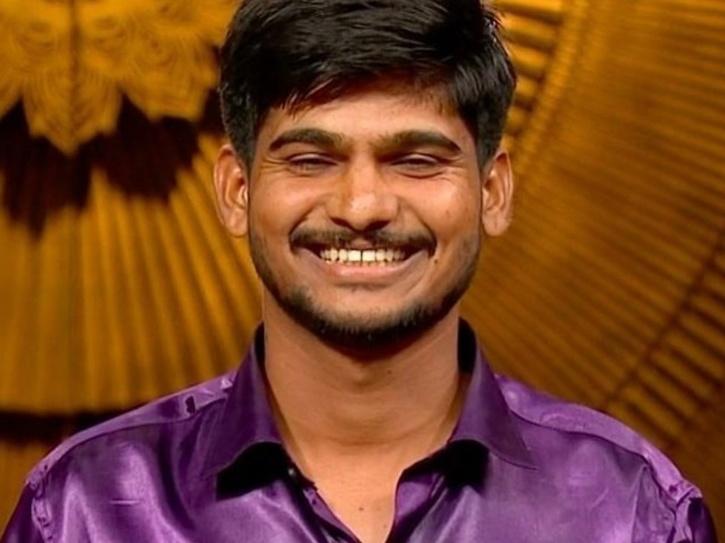 This one moment from Shark Tank India season 1 won the hearts of millions of fans last year. Undoubtedly, this was the most memorable pitch of the season. Not only Jugadu Kamlesh won people’s hearts, but LensKart co-founder Peyush Bansal became the talk of the town and fans’ favorite Shark on the show because of his zeal to promote talented entrepreneurs and purpose-driven investments.

Now that season is airing, ever wondered what Jugadu Kamlesh is up to?

Jugadu Kamlesh who had founded KG Agrotech along with his cousin Naru got training at LensKart Academy. He and his cousin are now helping small-scale farmers with his innovative technologies. Here’s a glimpse of the same:

He has even shared his story of success and struggles in a video for Josh Talks. Very less people know that he wanted to work for the Indian army and also wanted to be an actor.

He then went to his friend and stayed with him. Kamlesh was often rejected during the auditions because of his clothes, background and his lack of acting skills.

Moreover, He was even scammed in the name of a job. He even tried to end his life twice. Here’s Jugadu Kamlesh’s story:

He has even won a ‘rise startup to unicorn’ award.

Sharing what drove him to support Kamlesh, Peyush Bansal had earlier revealed,

“I invested in the entrepreneur and if you asked me he is the best among all. He has a vision, confidence and he was vigilant. I was impressed by him because of his positive attitude and even when the sharks denied investing in him, he remained positive and was continuously smiling. He won my heart when he said he won’t leave Naru which shows his humility. I respect Jugaadu Kamlesh as an entrepreneur because ‘bande me hai dum’.

“Not just Peyush, other Sharks are also an inspiration for Jugadu Kamlesh.

He became so popular that he often gives autographs as well.

Here’s How Much Fee Shah Rukh Khan Charged For Pathaan

Remember That Guy Whom Ashneer Grover Slammed Brutally? Here’s What He’s Up To These Days