Ratan Tata Was Asked About Ambani’s House Antilia. Here’s What He Said

When Ratan Tata's remarks heated up the debate

As we all know Sir Ratan Tata is a renowned Indian industrialist and chairman of Tata Sons and the trustee of Tata Motors’ charity trusts. Ratan Tata has been awarded the Padma Vibhushan (2008) and the Padma Bhushan (2000) He presided over the Tata Group from 1990 to 2012 and is regarded as one of the most acclaimed businessmen in the world.

The Chairman of Tata Sons has inspired so many people around the globe with his work. He also played a major role in enhancing India through his philanthropic activities, humble lifestyle, and a beautiful message of giving back to society.

Everyone witnessed how Ratan Tata share his knowledge and opinions with society through his interviews when he appears for public interactions. The businessman was as clean as water about his business and job. Moreover, he had never been associated with any controversy.

However, a much talked about an event happened back in 2011, when Ratan Tata shared his opinions about richest businessman Mukesh Ambani’s lifestyle and his Antilia which is valued at Rs. 15,000 crores. Sir Ratan’s point of view earned him love, respect, and wrath as well.

So, without any further delay let’s find out what he said. 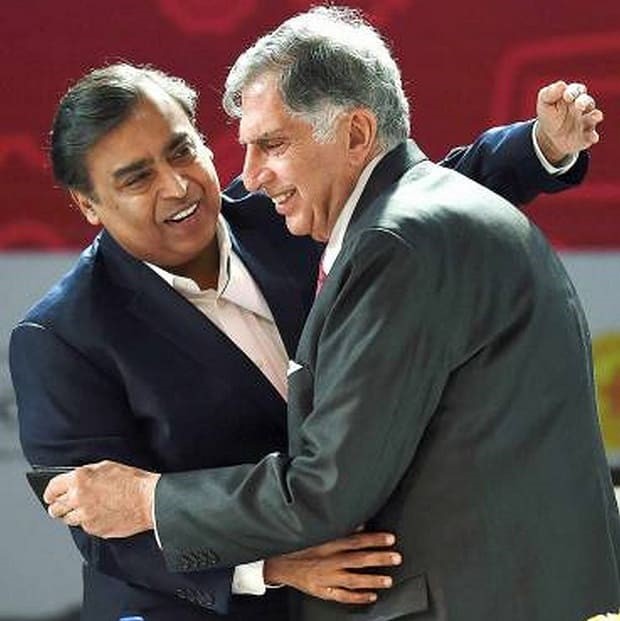 Back then in May 2011, Ratan Tata talked casually about businessman Mukesh Ambani’s luxurious lifestyle during a conversation with The Times. Ratan Tata was asked for his opinion about Mukesh Ambani’s residence which is a 27-story building in Mumbai and priced at Rs. 15,000 crores

Responding to that, Ratan Tata stated that economic disparity in India is unparalleled and that it is the need of the nation that its wealthy people donate a little of their humungous riches to the advancement of the poor.

“It makes me wonder why someone would do that. That’s what revolutions are made of. The person who lives in there should be concerned about what he sees around him and [asking] can he make a difference.”

He further stated that,

“If he is not, then it’s sad because this country needs people to allocate some of their enormous wealth to finding ways of mitigating the hardship that people have. We are doing so little about the disparity. We are allowing it to be there and wishing it away.” Whatever the scenario may be. Mr. Tata received a lot of support and respect from the public throughout this controversy. Tata Company responded to Sir Tata’s alleged remarks about Indian businessmen

Soon after that, the situation in the media became more chaotic, and later on, Tata Son’s spokesperson jumped in and said that Ratan Tata’s statements had been sensationalized by the Indian media.

The spokesperson clarified that Mukesh Ambani House Antilia was not even the subject of Mr. Tata’s comments.

As per the spokesperson:

“We would also like to clarify stories in Indian media regarding Mr. Ambani’s home. The report is out of context and factually incorrect. Mr. Tata’s comments on wealth are in the larger context of the growing disparity in society. The comments seem to have been deliberately sensationalized.”