New song from 'Cirkus' is out

A few days ago, the trailer of Ranveer Singh starrer “Cirkus” got released and somehow it didn’t receive the kind of response the makers were expecting. A lot of people claimed that ‘Cirkus’ is nothing but a combination of all Rohit Shetty’s films from the 80s era. And today, the makers of Cirkus dropped the song Current Laga Re from the film and in a matter of minutes, it started trending over social media. Padukone is seen doing a cameo in the dance number of Rohit Shetty’s comedy-drama. The song was launched at an event that was attended by Ranveer Singh, Deepika Padukone, and Rohit Shetty in Mumbai.

After the release of the trailer recently, which gave a glimpse of Ranveer grooving with Deepika, the fans and audience were excited to see the couple setting the stage on fire in the electrifying special dance number. 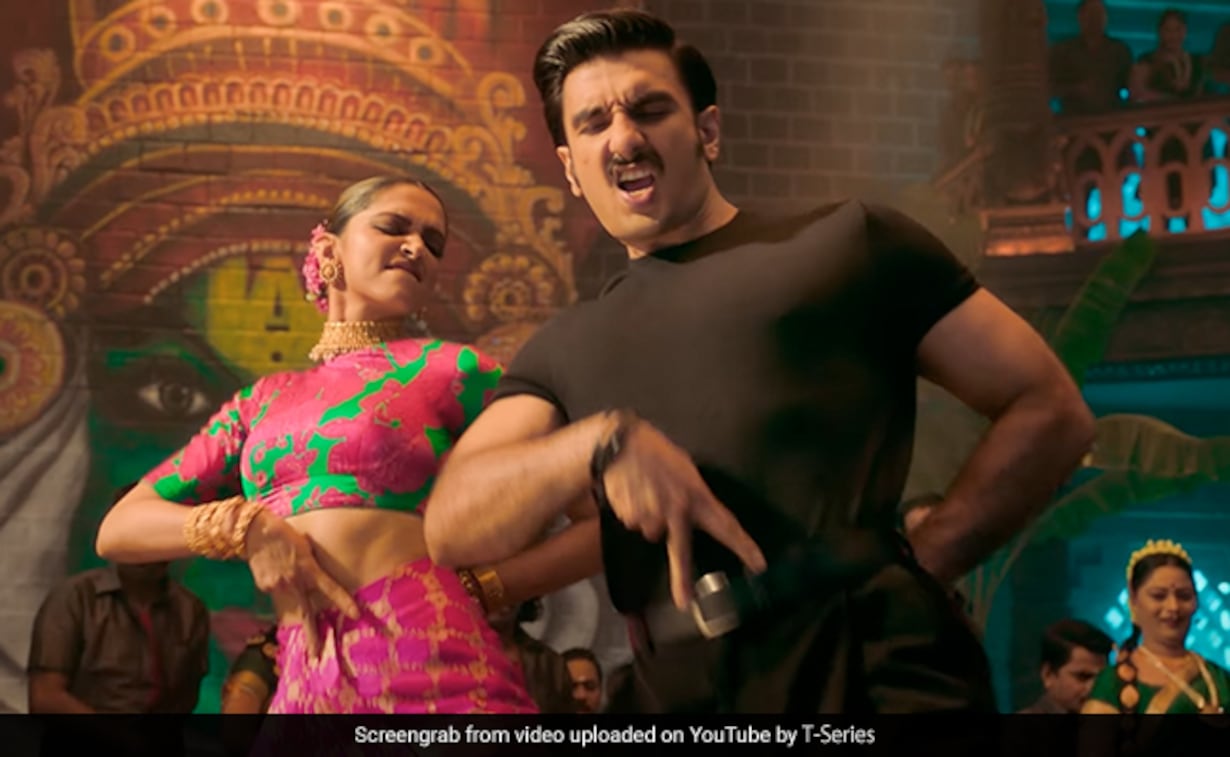 The song is voiced by Nakash Aziz, Dhvani Bhanushali, Jonita Gandhi, and Lijo George. The Tamil rap portion has been sung by Vivek Hariharan.

Meanwhile, the song has been receiving mixed reactions from the masses. A section of people loved the song, another group was not happy with it. The whole internet is talking about the song at present.

A user wrote, “Cringe Laga Re” while another added, “Those who liked either the song or the dance can unfollow me. WTF 😂🙏🏾#CurrentLagaRe.”

Another comment read, “Deepika Padukone just woke up and decided to become Ranveer Singh in Current Laga Re 🥵”

Those who liked either the song or the dance can unfollow me. WTF 😂🙏🏾#CurrentLagaRe pic.twitter.com/y0suybR8iT

Felt that the expressions of both #RanveerSingh and #deepikaPadukone are forced and artificial. Hope they won't do this kind of song in the future. But the song sounds Good.#Cirkus #CurrentLagaRe #RohitShetty #cirkusthisxmas pic.twitter.com/ovf9NgUAwT

Wtf is this step and wtf is this entire song😭💀 #currentlagare #DeepikaPadukone #RohitShetty #cirkus pic.twitter.com/kDgadb9yPt

Meanwhile, fans and admirers of the couple enjoyed the song and gave positive feedback on Twitter:

Oh how much I've missed watching Deepika Padukone dance🥹 She's back!!! Queen of entrainment indeed. It's such a fun, catchy, massy song. Deepika and Ranveer are electrifying⚡️💃 #DeepikaPadukone #CurrentLagaRe pic.twitter.com/X5MRfO4bBz

FINALLY a massy Deepika Padukone song after 5 long years. She literally saved the average composition with those moves and expressions 😍✨

Didn’t feel like she is dancing onscreen after 5 years. The magic is INTACT. Killed it girl.#QueenOfEntertainment #CurrentLagaRe pic.twitter.com/pyppPrZK4H

He came a long way from firecracker to #CurrentLagaRe pic.twitter.com/PnWVVTDZ3A