A video from their temple visit is going viral on social media, in which Rana can be seen snatching a fan’s mobile phone away when he approached the actor for a selfie.

The actor later returned the phone and told the fan that the temple is no place for selfies.

In the viral clip, it can be seen that Rana is walking with some temple officials. 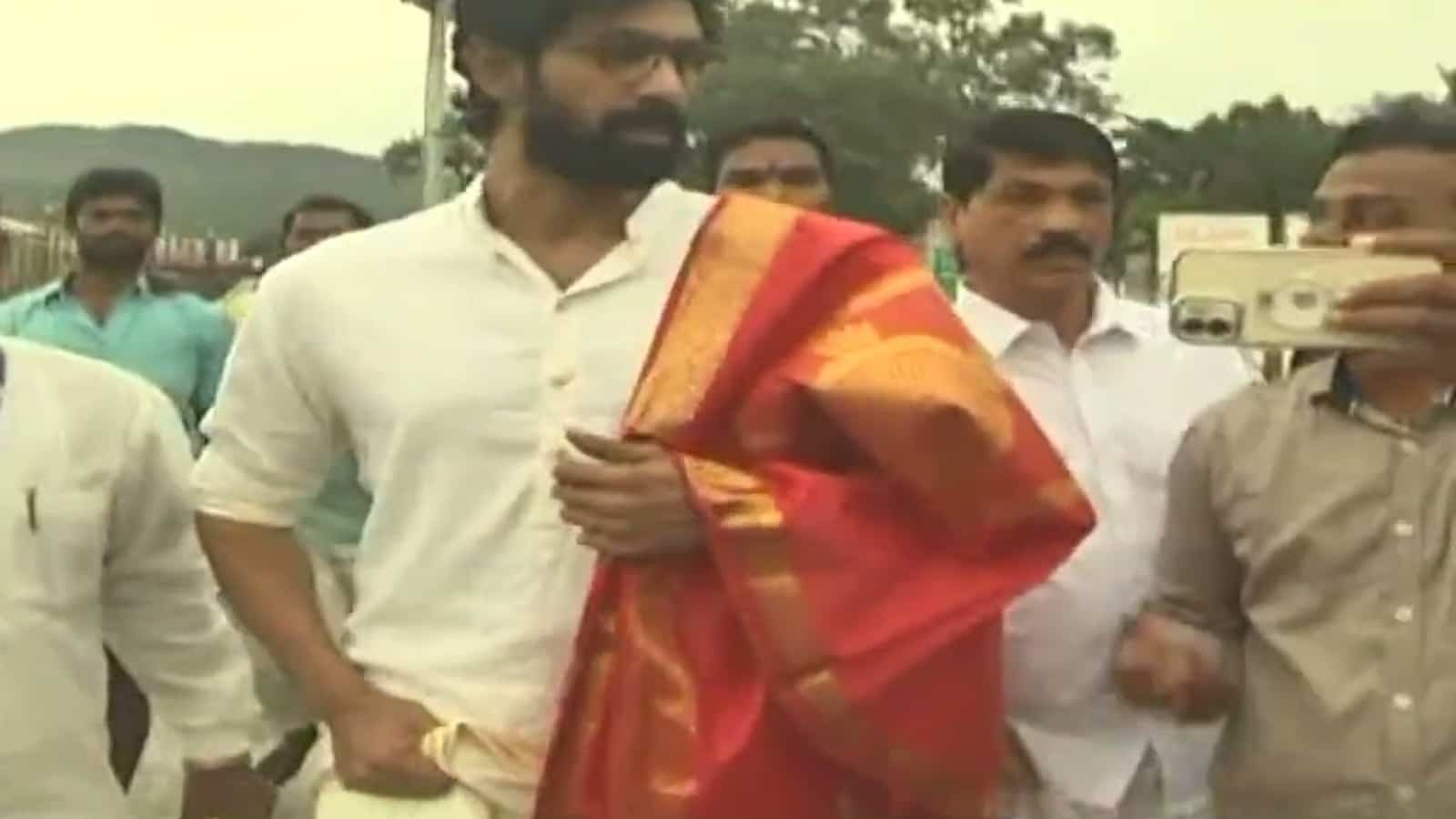 He requests photographers and media persons to click pictures from the side. The actor also said thank you to them.

A moment later, a fan runs up to the actor and asks for a selfie. Rana snatches his phone away and lets go only after a couple of seconds. The actor was then seen smiling before he said to the fan,

“No selfies in a temple.”

In a recently released clip, Actor @RanaDaggubati, who recently visited the #Tirupati temple along with wife #MiheekaBajaj & his father #DSureshBabu, snatched a fan’s mobile phone away after he approached the actor for a selfie #ranadaggubati #WATCH pic.twitter.com/8lxIPGiqly

Rana was last seen in the Telugu romantic drama Virataparvam, which brutally failed at the box office. He is now waiting for the release of the Indian adaptation of Ray Donavan, in which he has teamed up with Venkatesh.

He also has a film named Hiranyakashyap with filmmaker Trivikram Srinivas lined up.

In September 2021, Rana announced on Twitter that he was joining hands with his uncle Venkatesh for the first time. When the announcement was made, he had said in a statement:

“It is completely different from what both of us have done in our careers so far. I am extremely happy to work with a crew and a platform that knows this format the best. It will be new, challenging, and fun. We are looking forward to filming soon.”

Venkatesh too expressed his excitement and stated

“I cannot wait to work with Rana. I am sure we will have a blast on sets. I am a huge fan of Ray Donovan and the team is pulling out all the stops to ensure we do justice to it.”