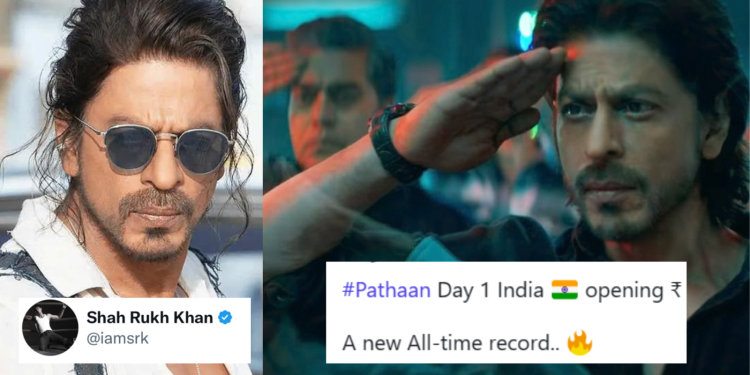 Shah Rukh Khan’s Pathaan was released in the theaters on January 25. The film is already a massive blockbuster at the box office. A long break came to an end on January 25! As Shah Rukh Khan was back on the screens as the lead in Pathaan, it was a day of celebration for Bollywood and SRK’s fans.

Admirers arrived in huge numbers at the theatres for early morning shows, brought big posters and cakes, and even burst crackers outside the theatres. Early morning and late-night shows have also been increased due to high demand. Pathaan has already taken the box office by storm. Featuring Deepika Padukone and John Abraham and of course Shah Rukh Khan, the film had broken records in terms of advance bookings.

Not only that, Ramesh Bala mentioned that Pathaan has crossed $600k in Australia on Day 1 and $1 million in USA.

#Pathaan has crossed $1 Million in USA 🇺🇸 by Wednesday afternoon..@iamsrk

The movie was released on January 25, 2023, along with dubbed versions in Tamil and Telugu. Shah Rukh Khan is seen portraying the character of Pathaan, a RAW field agent, in the film.