There are more than 5000 complaints registered in past 7 months 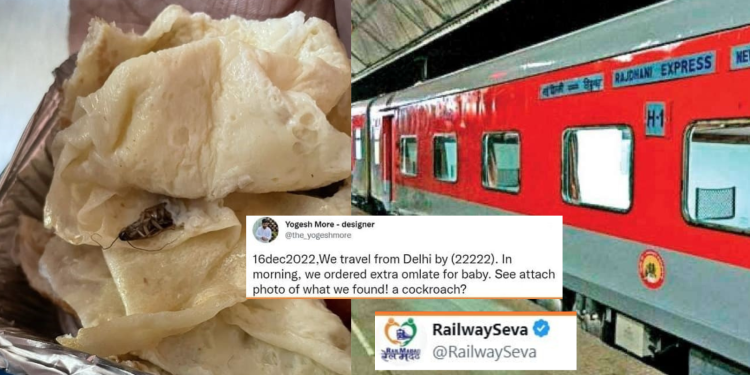 As we all know, Rajdhani Express is one of the most reputed trains in India. Traveling by Rajdhani Express is considered to be a luxury and a prestigious affair. But there are times when the passengers go through some serious issues and might regret picking that train ever again in life.

Recently, on the CSMT Rajdhani Express train between Delhi and Mumbai, a passenger found a cockroach in the food served on the train

The passenger named, Yogesh More, ordered an extra omelet for his two-year-old daughter while on the train. When he received the food, he was shocked to find a cockroach on the omelet. 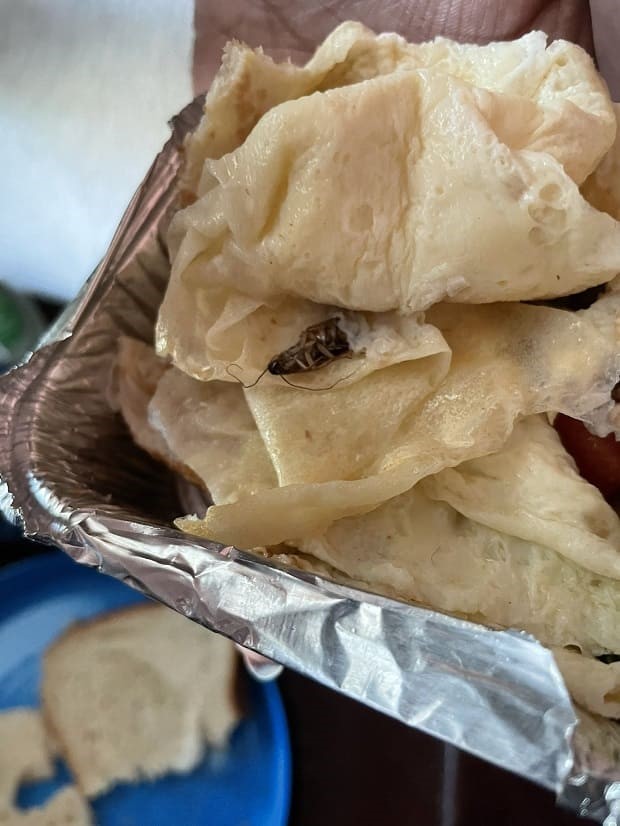 The infuriated passenger took to Twitter and complained about the incident tagging the Railway Ministry and the Minister of Consumer Affairs, Food and Public Distribution

Addressing the Railway Ministry and the Minister of Consumer Affairs, Food and Public Distribution, Piyush Goyal, he wrote,

16dec2022, We travel from Delhi by (22222). In the morning, we ordered an extra omelet for the baby. See attached photo of what we found! a cockroach? My daughter is 2.5 years old if something happens who will take the responsibilities @PMOIndia @PiyushGoyal @PiyushGoyalOffc @RailMinIndia

16dec2022,We travel from Delhi by (22222). In morning, we ordered extra omlate for baby. See attach photo of what we found! a cockroach? My daughter 2.5 years old if something happened so who will take the responsibilities @PMOIndia @PiyushGoyal @PiyushGoyalOffc @RailMinIndia pic.twitter.com/X6Ac6gNAEi

However, it is not clear if any action has been taken in the matter or not

Moreover, there have been more than 5,000 complaints on IRCTC related to the quality of food in trains in the past seven months. Minister of Railways of India, Ashwini Vaishnav this on Wednesday. He stated,

He also revealed that from September 2019 the ‘Optional Catering Service’ will be effective in all premium trains including Rajdhani, Duronto, Shatabdi, Gatiman, Tejas, and Vande Bharat.

“In this scheme, passengers are being provided with the option, at the time of booking tickets, to opt-out of the pre-paid catering facilities being provided in these trains”

Here’s how the netizens reacted to this incident:

It's the india way of taking things for granted. I've travelled in 2nd AC on a special train & to my surprise it was indeed special with cockroches all over the coach & there was no way rather than just compromising.
Why should the complaint be raised??Can't this be taken care?

Railway will respond after getting the PNR details..but why & for what reason the passenger should be compensated financially? Fortunately not asked for job in railways? It was a blunder and railway will take up the issue with IRCTC..

Only Bad and non hygiene food will available in railway that is Universal truth. It was our mistake to get food for kids from railway canteen.
Avoid having railway food for any age group.

The railways must take hygiene seriously as they are responsible for the health of their passengers.