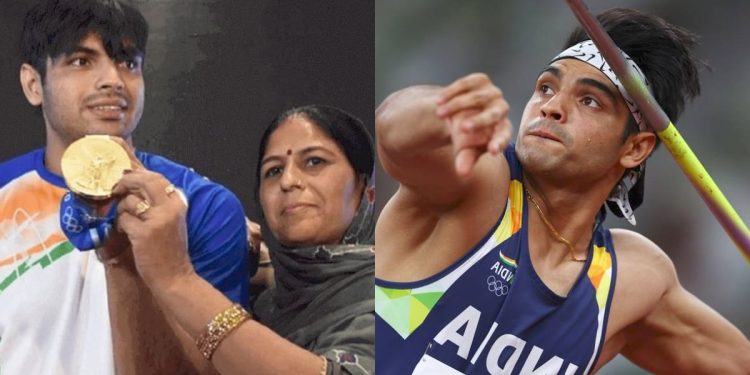 Neeraj Chopra has come a long way in his career, and we all know that. The young boy held the javelin in his hand for the first time in 2011 and not even a single person anticipated that this boy is going to create history in the coming years.

Neeraj Chopra’s family motivated him to participate actively in sports so that he could lose some weight as he used to be overweight at that time. The youth icon used to be a die-hard cricket and volleyball fan and just used the javelin as a source of entertainment to get in shape. He didn’t even think of the possibility of bringing home the Olympics and making the whole nation proud of him one day. However, in 2013, Neeraj underwent an astonishing transformation and began to pursue his sport more seriously as a result of which, Neeraj Chopra the champion has therefore emerged as India’s “pride” not only in athletics but also on numerous international platforms as well.

His achievements have become the talk of town across the world. One of the best things that his fans love about him is his down-to-earth behavior and attitude. Despite earning so much, he is still connected to his roots and every other person respects him.

Be it talking in Hindi and refusing to accept assistance from English-speaking superstars during performances or being down to earth while interacting with his fans, he has always left a good impact on everyone and has portrayed so many times that he is proud of being a true Indian.

In a recent interview, Neeraj shared his training experience outside of India and also told a fascinating fact about Europeans.

He said in 2016, while he was in Poland, some Europeans allegedly questioned him about whether Indian kids repay the money their parents pay for raising them once they start earning on their own. Giving a fitting reply to the question posed, he informed them about India’s cultural differences from Europe and said that Indian children live with their parents even after growing up.

Talking with Indian Express, he said,

They ask if you have to return the money parents spend on raising their children after they start earning. I tell them it’s different here. I think it’s only in our culture that even after growing up we live with our parents as a kids.

Their viewpoints on family are entirely different from ours Said Neeraj

As we all know, unlike Indian families, it is very common for children to live separately from their parents when they reach maturity in western countries. They frequently get together for meals once a week, maybe even once a month.

Neeraj also revealed in an interview that, despite earning several awards in the year, he lost control over his diet after winning the Olympic gold medal and now he is back to his training.

2022 has been a wonderful year for Neeraj. Apart from earning the silver medal at the World Athletics Championships, he broke the national record for javelin throw twice. His achievement at the Diamond League championship in Zurich was the cherry on top.