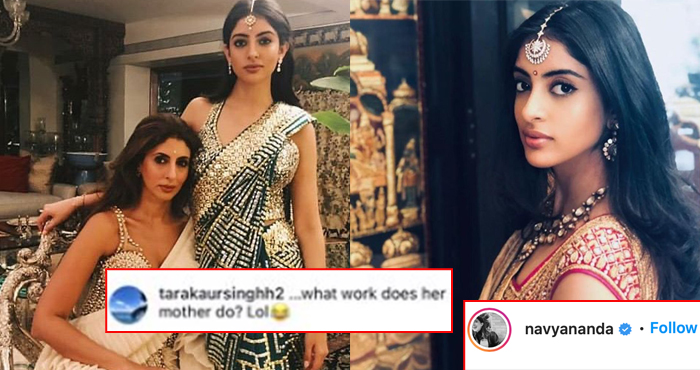 Being a celebrity isn’t an easy thing. They are always under the scanner of media and fans. We often see celebrities getting mocked or trolled on social media by their fans, however, things get ugly when these trolls don’t stop here and go on to target their families as well.

Abhishek Bachchan, the Bollywood actor, and son of superstar Amitabh Bachchan is a favorite of netizens because of his savage replies to the trolls, who often mock him for not being as popular as his father in the movie industry.

However this time, someone targeted Amitabh’s daughter and Abhishek’s sister Shweta Nanda, who is not at all related to the movie world. 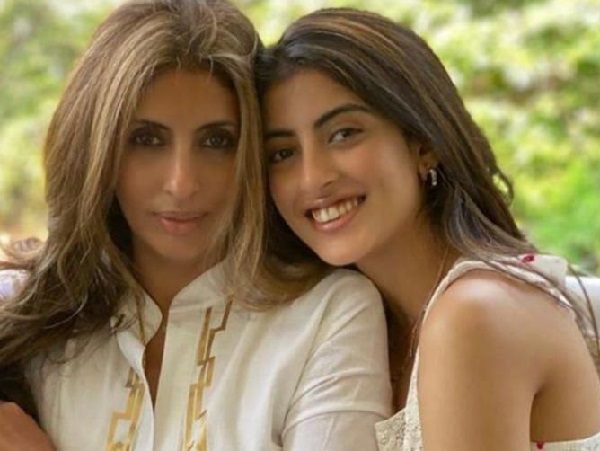 Well, recently, a woman made a rude comment on Shweta Nanda’s picture. In the comment, the troll tried to troll Shweta for not doing any work and this didn’t go down well with Shweta’s daughter Navya Navelli. The troll wrote:

“What work does her mother do? LOL”

Though Shweta didn’t see the comment but her daughter Navya was quick to notice the comment and come up with a reply to the troll and wrote that her mother is an author, writer, designer, wife, and mother. She wrote:

Well, this isn’t it, Navya also shared the comment and her reply to the troll on her Instagram story with a powerful caption that read:

“Being a mother & wife is a full time job. Please don’t discredit women who are homemakers! Their role is so crucial in the upbringing of a generation that will hopefully support their contribution instead of tearing it down.” 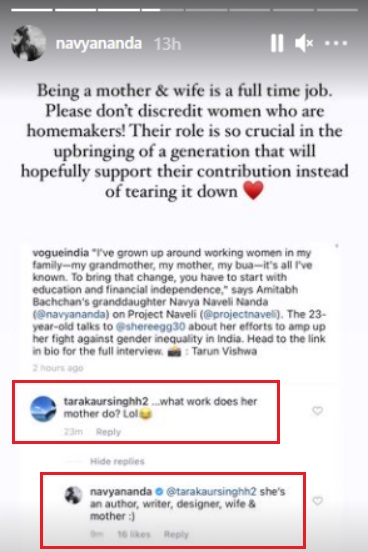